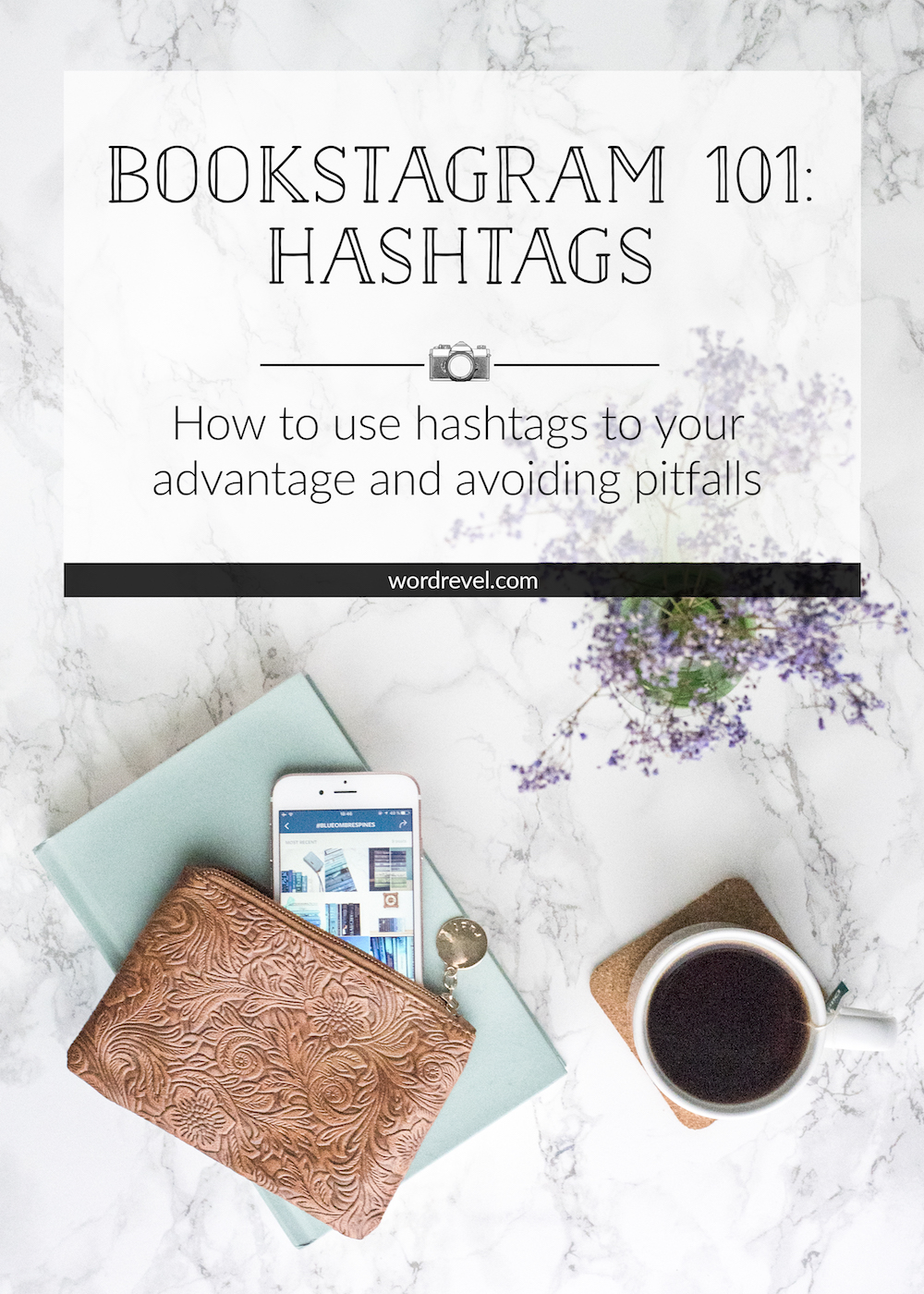 Hashtags on Instagram serve as a sorting function to help everyone find what they’re looking for. Searching for the hashtag #marissameyer will call up all the photos that have been tagged with it. Ideally, that would mean books written by Marissa Meyer or photos which she is depicted in.

Since Google doesn’t index captions on Instagram, hashtags are the only way to find specific things. If you’re searching for strawberries, only images tagged with #strawberries will yield in the search results. Images of strawberries sans hashtags will not show up. That’s why they’re infinitely useful if you want your images to be found on Instagram.

How to Employ Hashtags

Only hashtags added with the account through which an image was posted are factored. Commenting with hashtags on someone else’s photo won’t tag them.

Many bookstagrammers add their hashtags in a comment on their own posts. After a couple of comments from others, the hashtags disappear under the cut, “View all x comment(s)” and so don’t detract from the caption.

Others integrate them within the caption. If they were to feature #TheRavenKing and flail over the perfection that #MaggieStiefvater has written, then they would note that organically, as I just did. This method avoids repetition of terms and shortens the caption as well. The additional hashtags would then be fewer, either to be added at the end of the caption or in the comments. Some opt to only add hashtags that fit organically into their captions.

These approaches aim to make hashtags as unobtrusive as possible while retaining their beneficial function. How you choose to employ hashtags is entirely up to you but it makes it easier for followers to engage with your posts if you don’t flood your entire caption with a whole load of hashtags.

To get you started, I’ve broken down relevant bookstagram hashtags into community-based, general descriptors and specific terms. Working from general to specific (or vice versa) allows you to cover a range of hashtags that are relevant to your post.

First off, bookstagram is a community. There are a bunch of hashtags you can use to integrate yourself and to help others find you. These are the hashtags that signify belonging to the community and tap on the shared love for books.

Followed by these broad hashtags, we have more general descriptors. These encompass hashtags covering broad selections of books. Such groups could be delineated by genres as well as the inclusion of particular objects.

After some time you’ll notice that there’s a bunch of hashtags that you use over and over again. Typing them out every single time is cumbersome. One way around that is to save them in a note taking app, then copying and pasting whenever you post a new image.

A more elegant method however, is to make use of keyboard shortcuts. It’s much quicker, for example, to type out “on the way” with “otw”. I also use these to convert fractions from 1/2 to ½. The most time saving though is when applied to standard hashtags.

I have a couple of other variations of these, such as one which excludes references to YA books and one with a string of fewer fixed hashtags.

You too can use this shortcut to save time tagging your bookstagram posts. On iOS devices, go to Settings > General > Keyboard > Text Replacement. At the top right you’ll see a plus sign. Tap it and proceed to add your own string of most used hashtags with a shortcut term.

For Android there’s a similar function to be found under Personal Dictionary.

Don’t Spoil the Fun for Others

Once in a while Instagram users make it a point to come up with an original hashtag for a specific purpose. Some use them to track their travels while others use them to rally others to post photos of an event. In the realm of bookstagram, original hashtags always accompany book photo challenges and giveaways.

A quick search of a hashtag will let you know if a hashtag’s already in use and if it’s being used for such dedicated purposes. Say you’d like to use #booksrevelinpalmtrees (I made that up); and you find that some people did post photos with that hashtag. Take a look at some of the photos and their captions might reveal that these were posted for a photo contest that @wordrevel decided to host. Proceeding to use that hashtag even though you’re not taking part in the contest spoils the fun for the participants and makes the host’s life harder when selecting winners.

Similarly, posting any random photo for #reveltogetherinmay (again, I made that up) even though it’s clearly a monthly photo challenge also spoils the fun. It confuses participants and adds redundant photos to look through if they’re going round to comment on each other’s photos. Please don’t crash dedicated hashtags just because you want exposure.

Another pitfall you want to avoid is spamming irrelevant hashtags. Tagging your yellow bookstack with #rainbowbooks, #greenbooks or #booksandflowers, even though these don’t apply makes you look confused at best and desperate at worst. It also breaks the themes attached to these hashtags for other Instagram users who’re browsing for specific types of photos. Sure, that yellow stack will stand out among the green books but not in a good way.

The number of hashtags in a post is limited to 30. This is plenty to work with. If you find that you only need 15 hashtags, don’t double up just because you can. Of course, if 30 hashtags are relevant to you post, go ahead and use them. They are your keys to being found quickly.

Some believe it’s better to use fewer hashtags. What do you think?