Amidst all the books and programmes at the Frankfurt Book Fair (FBM), I did also meet people. Friends are more than half the fun at events like these and I gotta say, I’m exceedingly thankful for the company I had. There aren’t all that many photos since the lot of us is pretty camera-shy, but I did get a few snapshots. 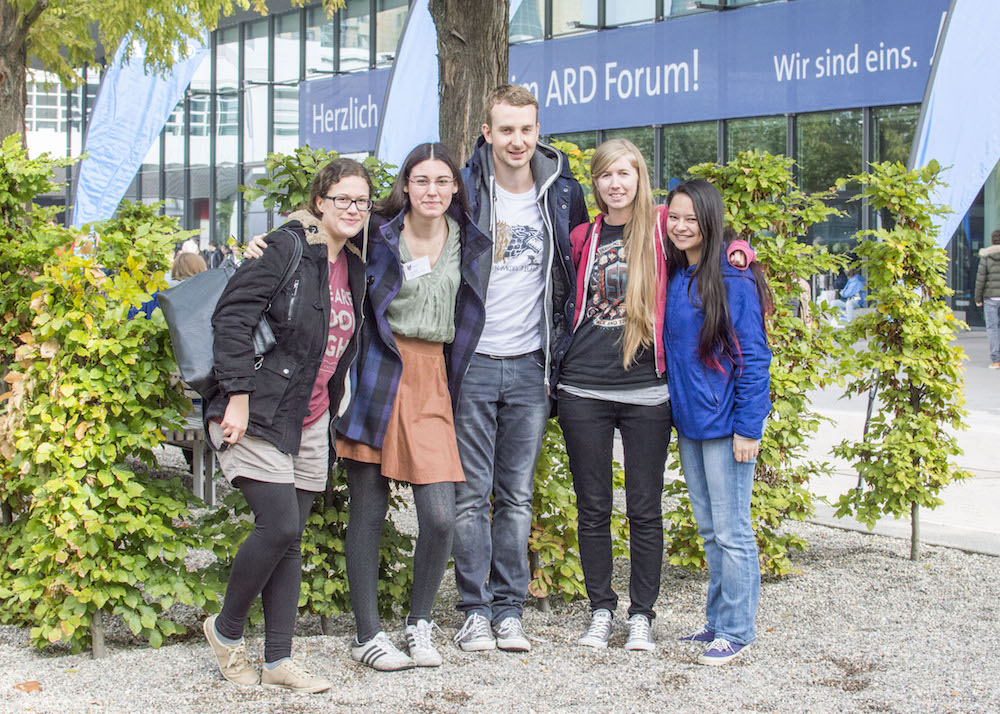 From left to right: Steffi, Ellie, Sebastian, Crini & me

As I sorted through all the photos, I realized that I only was in two photos. Then again, that’s usually what happens when you’re the one behind the lens. Crini, Sebastian and I attended the book fair together, joining Ellie and Steffi every once in a while. We took this group photo on the last day before Ellie bid us goodbye and had to run off. 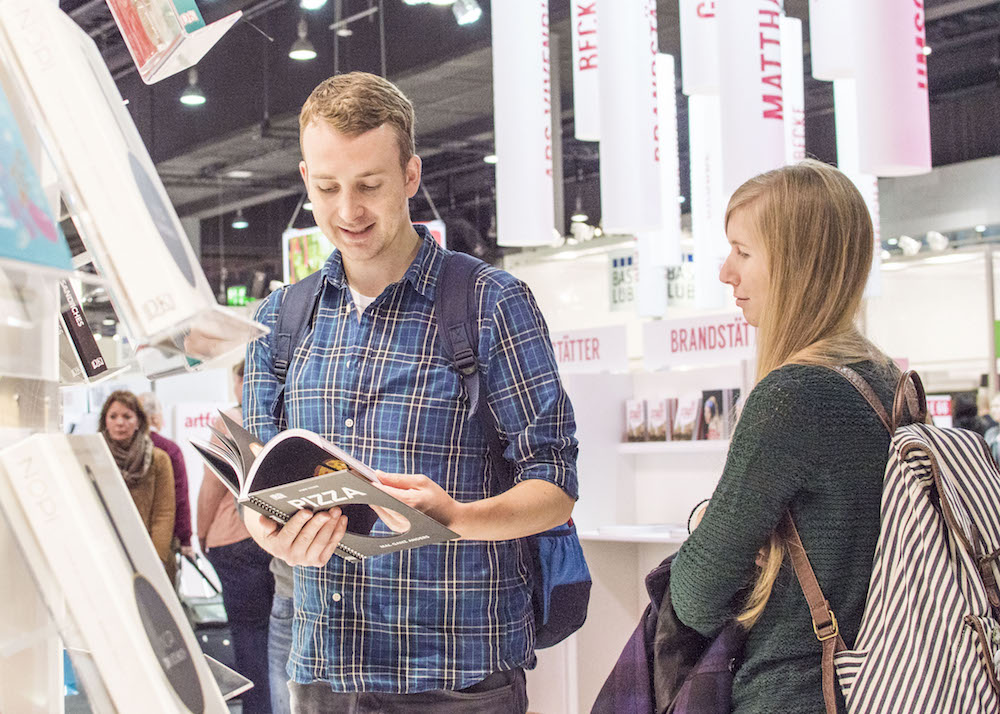 Going round with Sebastian and Crini

Sebastian, Crini and I attended FBM on all days, save for one. That means four days of soaking in books and the exhibition atmosphere. We visited most exhibits twice over since we didn’t have a fixed plan of meetings, talks, etc to attend. Our main draw was the international halls that housed the English publishers. For one, we predominantly read English books. For the other, international halls were much less crowded. That made it a lot easier to move around.

The German halls were so full during the weekend, everyone had to move at a snail’s pace. Since FBM is held in Germany, a lot of the activities were conducted in German as well. That also led the crowds more to those sectors compared to the international halls that mainly hosted exhibitors but few programmes. Not to mention, the visiting public mainly consisted of Germans. 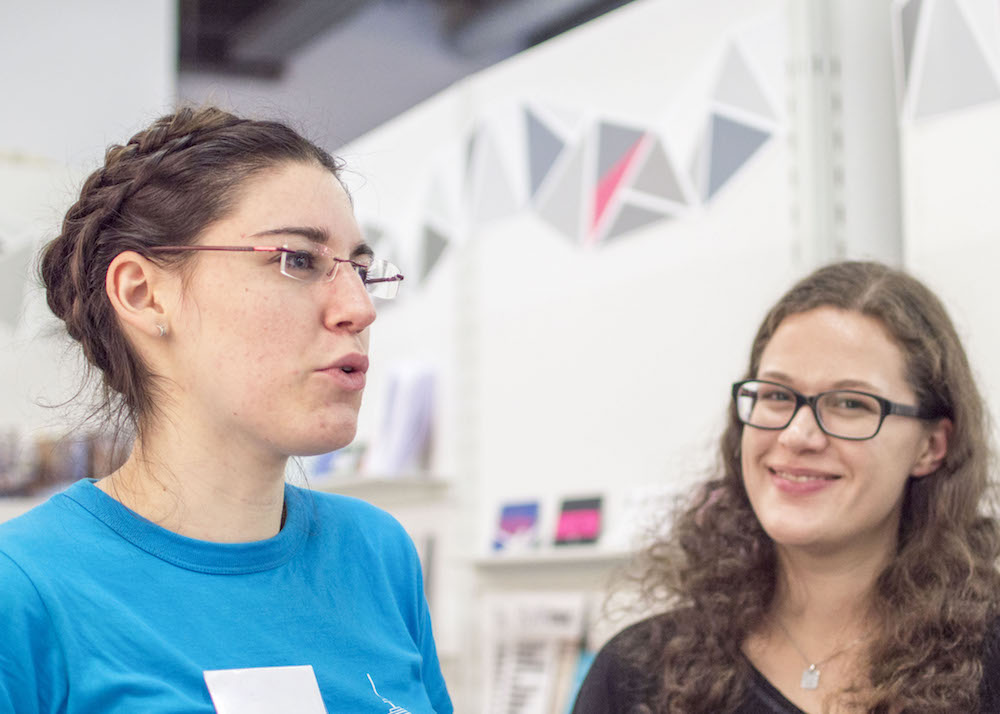 Joining up with Ellie and Steffi

One event that we did lock into our calendars right from the beginning was Jim Kay’s book signing. Thankfully the book signing was held on Friday when FBM was only open to trade visitors. That way the queue wasn’t as crazy as it would’ve been over the weekend when the doors were opened to the general public. And so, illustrated Harry Potter and the Philosopher’s Stone in tow, we happily made our way to our prime appointment.

Despite scheduling the book signing on a weekday, there were more fans than that one hour could accommodate. Thus, it purely remained a book signing — little chit-chat and no photo ops. In that short time I did learn though that Jim Kay’s sister too is named Josephine. 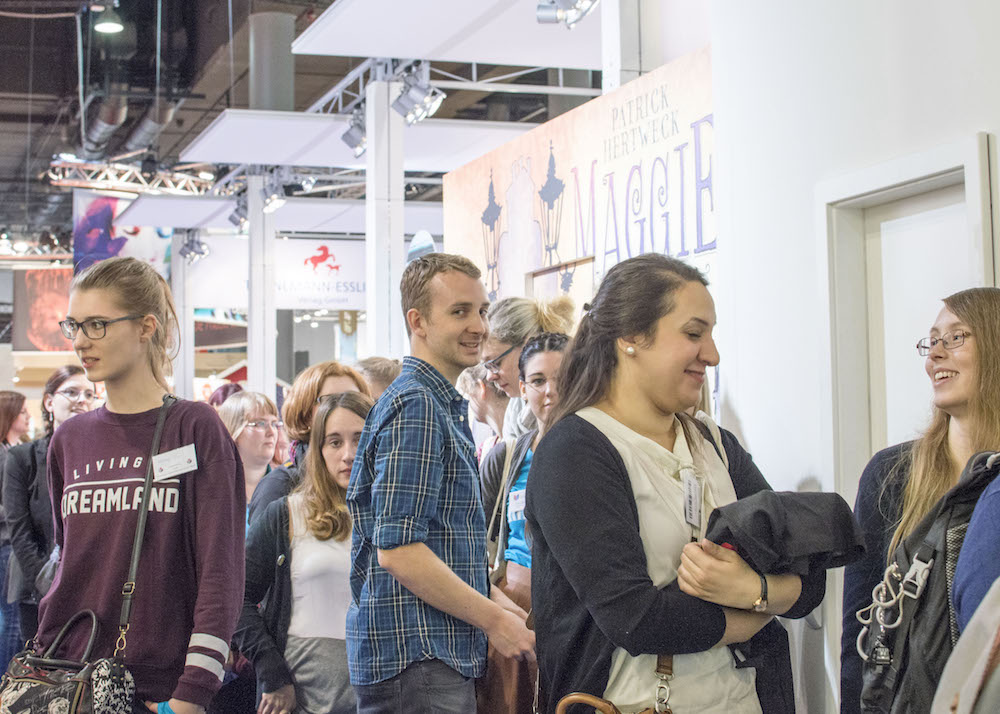 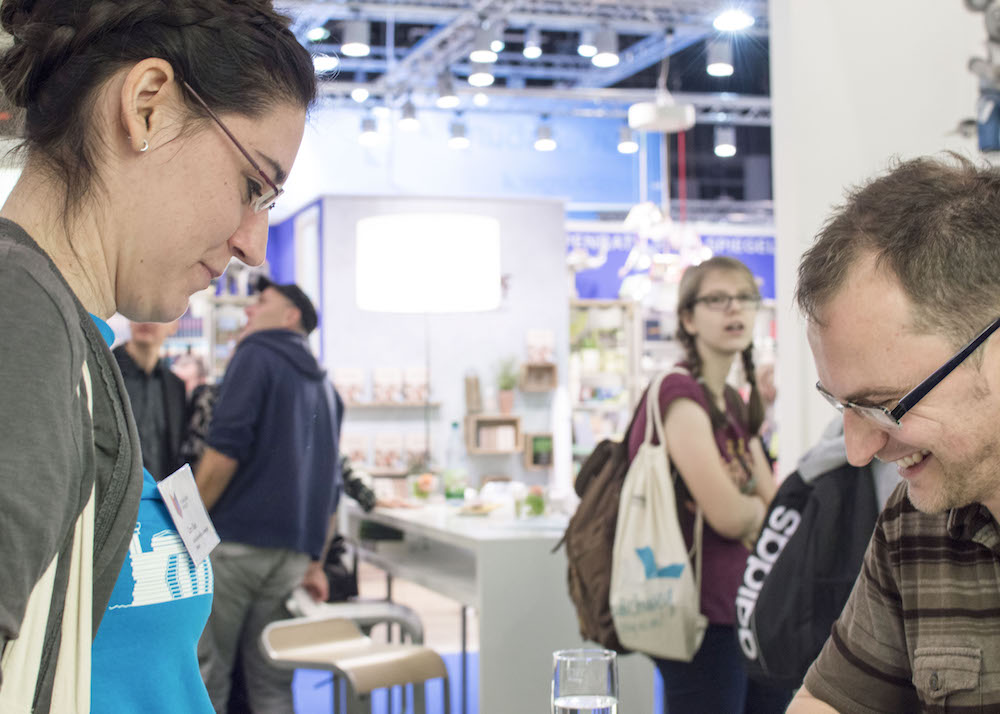 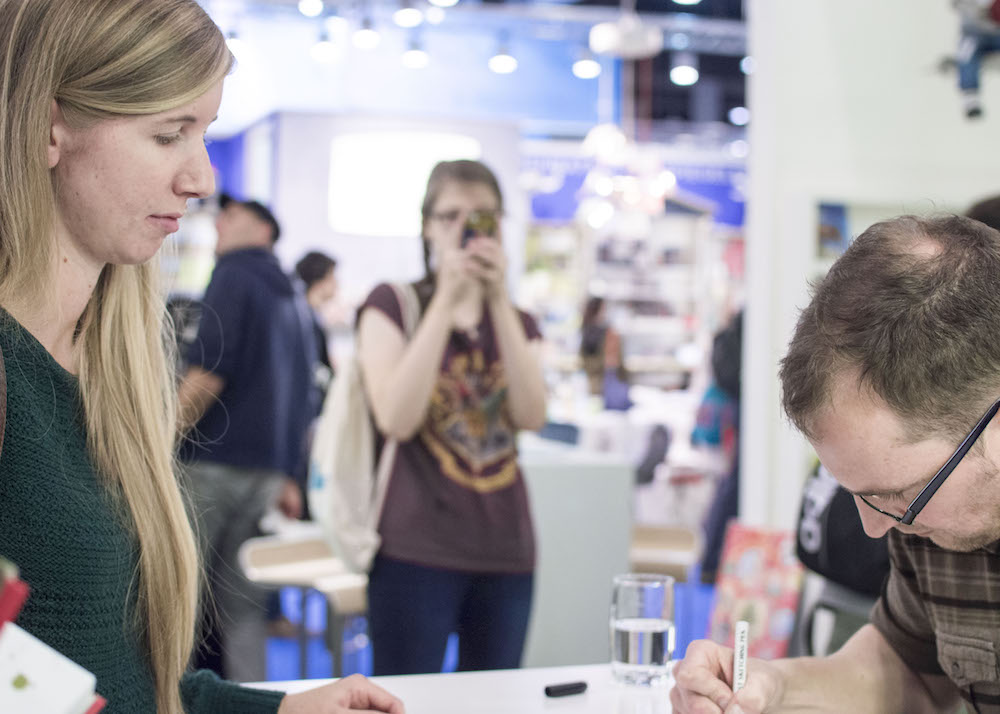 Some bookstagrammers also attempted to organize a bookstagram meet at FBM. The location, however, wasn’t entirely clear to everyone, so it took quite some time before we came together. Nonetheless, I did get to meet a few bookstagrammers before moving on to our next venue. 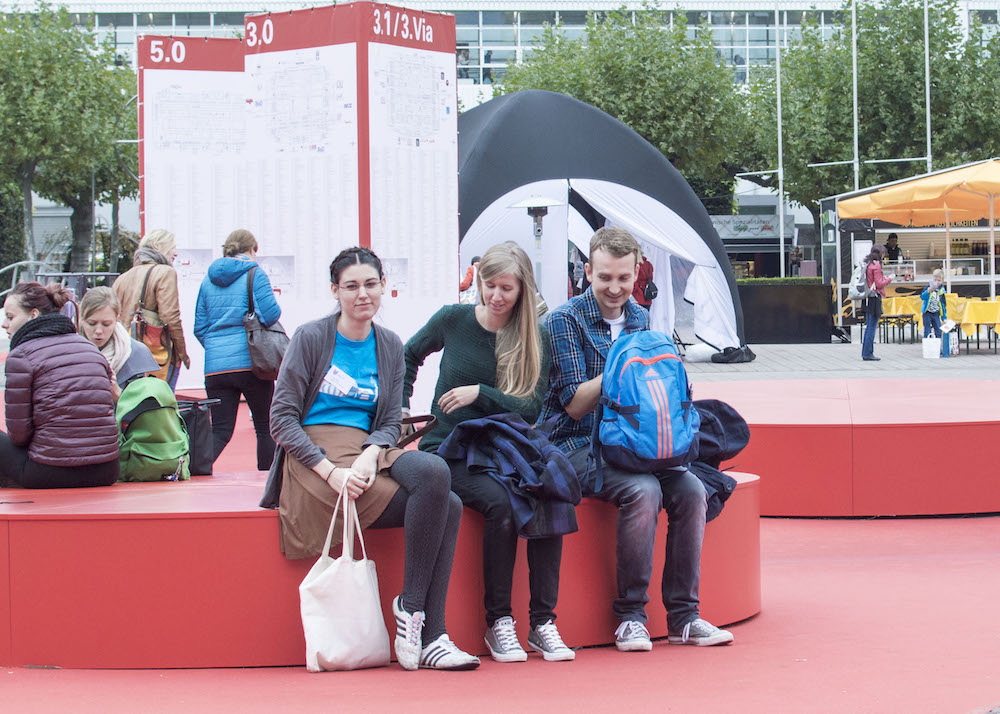 During this year’s FBM, it also was Crini’s birthday. We had a mini celebration with cake at the Agora of the exhibition grounds. The outdoor spaces offered much respite from the crowds. At temperatures below 10°C, not that many people headed out of the halls. Plus, most seating spaces were outdoors. Anyone who wanted to take a break from walking around generally had to welcome the cool fresh air.