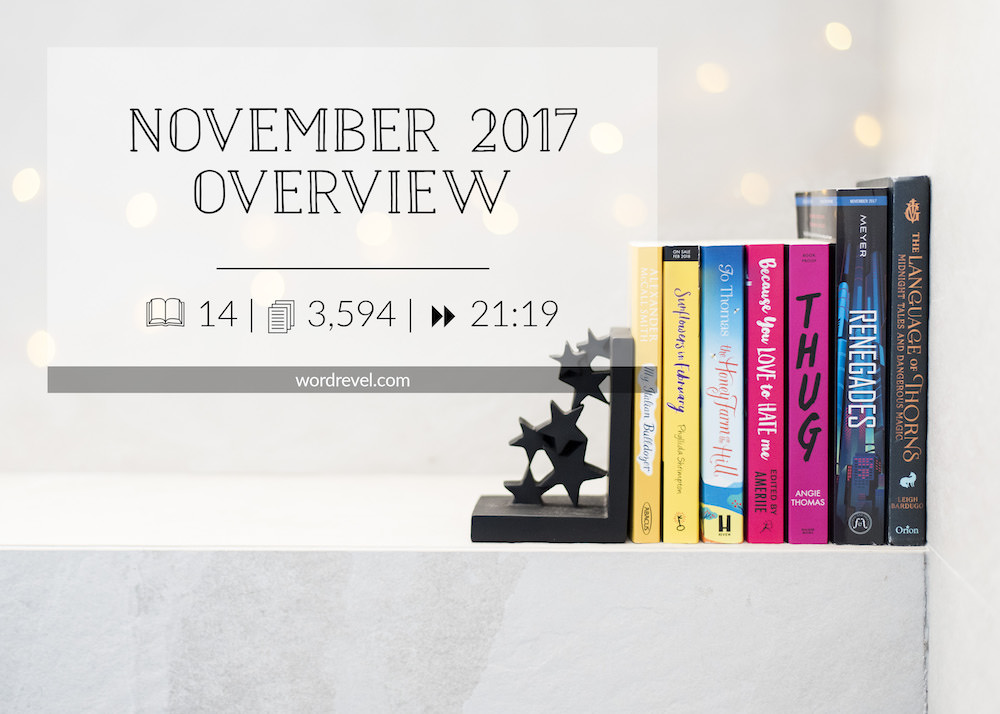 In November, I found a lot more time to read than I had expected. My family’s home has been under renovation since September. With the completion weeks overdue, I thought I’d be much busier overseeing the progress. I did spend a lot of time on that but my reduced Internet access saw me turning more to books than to my laptop and smartphone. Plus, I was determined to work myself through the pile of books that I received for review. Overall, I finished 14 books, making November a really good reading month.

Curiously, I only got through three audiobooks. That’s less than usual, despite reading an above average number of books last month. In a way, that’s a good thing because I do want to focus more on the books that I already own rather than borrowing other titles. I made use of my Kindle a little more too as I read four ebooks. Of the remaining print editions, I read one hardcover and six books paperbacks.

My average rating went down to 3.578 out of 5 for November. Really, Wink Poppy Midnight is to blame for that. I was so bored out of mind with that one. Considered not finishing it but after restarting it twice because nothing registered in my mind during the first hour, I just didn’t want to give up all that effort.

Print editions and ebooks combined, I read 3,594 pages. The only month during which I topped that amount was June. As for audiobooks, I listened to 21:19 hours (equalling 789 pages). After converting the listening hours to pages, that’s a total equivalent to 4,383 pages. 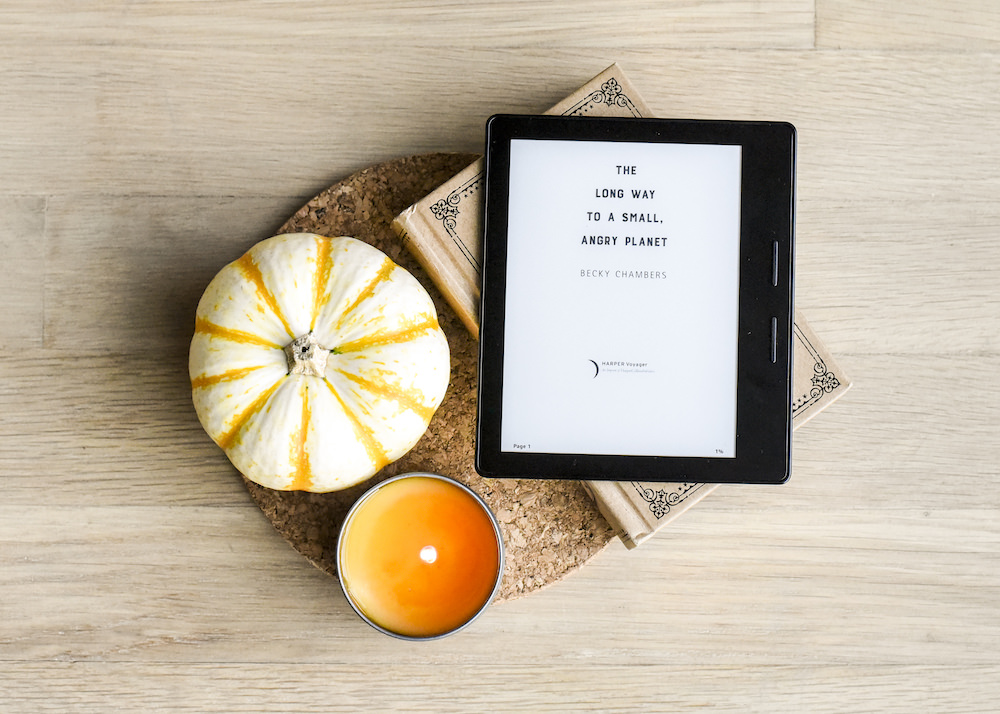 *Note on ratings: I rate books on a scale of 0 to 5, 0 being the worst and 5 being the best. I first rate various aspects such as prose, characterisation, plot, originality, etc. Then I average these out for my overall ratings. To obtain my star ratings, I round to the nearest 0.5.

Altogether, I hauled 13 books — 12 print books and one ebook. In comparison, I only read eight books from my TBR pile. Substracting the two books I obtained to re-read, my TBR pile went up by four books. This brought my tally to 11 more than I started the year with. I thought I’d be at nine but I unearthed another two books that I hauled in August, though had failed to add to my tally. 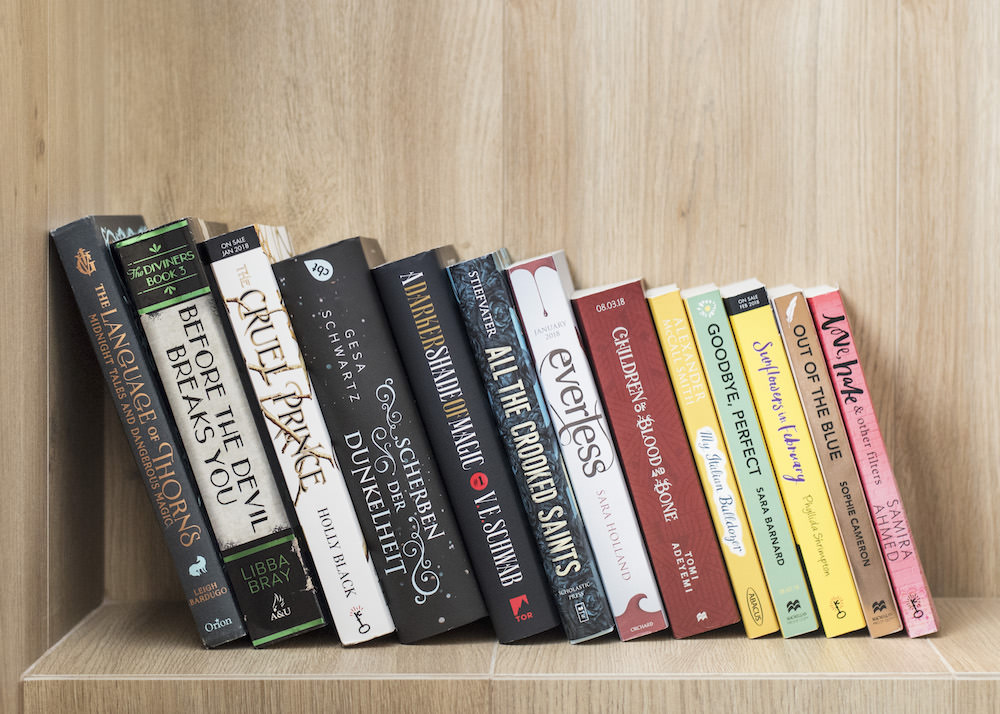 Generally, I try not to acquire duplicate book titles but after a lot of to and fro with myself, I decided to buy the collector's US edition of A Darker Shade of Magic. There's an additional short story, it's signed and what ultimately sealed the deal was the "As Travars" lettering below the dust jacket. Crini designed it and it's stunning! And of course, I had to support a friend!

A couple of months ago I listened to the audiobook of All the Crooked Saints. Even though I enjoyed the narration tremendously, I felt like I had missed out on a lot of details. That's why I decided to get the hardcover edition, so I could reread the book printed on the page.

I also bought Scherben der Dunkelheit (translation: Shards of the Darkness) because circuses and magic and I need to read some German books again. Living abroad with nobody but my family to regularly speak German with is putting a noticeable dent on my fluency.

The last book I bought was Here We Are Now. The rest of the books I hauled in November I received for review. I considered each title very carefully though, to decide if they were worth expanding my TBR pile for.

Do you speak two or more languages? Do you switch up your reading languages or do you stick to one preferred language?