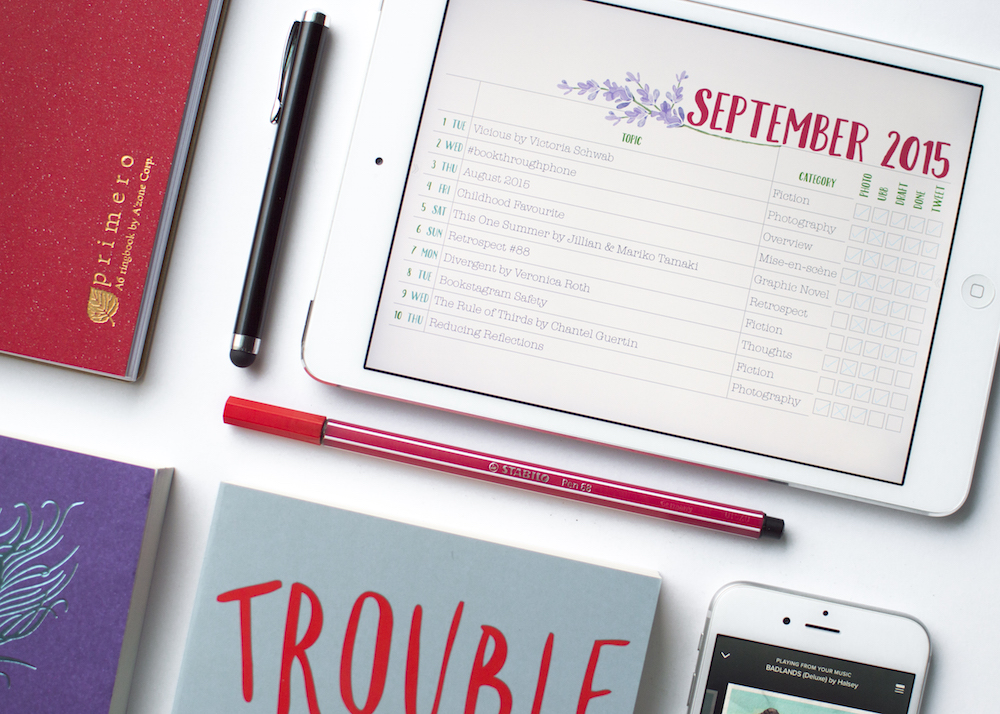 Being ahead of myself feels like such an accomplishment. I’m not done scheduling the entire September as I had hoped I’d manage. However, I’ve generally had at least two to three days buffer ahead of me in terms of blogging. Considering that alms all the posts I wrote in my two years of blogging were written within 12 hours of publication, that is huge progress. Also, check out the iPad screen in the photo above! I’ve put together a blogging planner that works for me.

This week was a very productive one in the kitchen. I decided to experiment a fair bit and prepared dishes I had never prepared before — at least not like this. For some reason I always shirked roast potatoes. The ones I’ve tasted in the past were always so oily, I hated them. Well, I found that reducing the oil for basting a little and dabbing the potatoes after roasting can make all the difference!

Then there was the 3-layer chocolate cake. Mind you, I don’t own any spring forms, which explains why the edges are so rounded. That’s also why I didn’t attempt layer cakes until August this year. After compensating for the extra gaps with more cream though, you couldn’t really tell that the layers didn’t have straight edges. In true me fashion, I ditched chocolate cake recipes and improvised with the compositions. I’m happy to report that everything turned out great nonetheless.

Lastly, I successfully braised beef! I last attempted beef stew three years ago. The meat turned out far from tender. Perhaps I was a tad impatient back then. I was an undergraduate cooking in the common kitchen during study week. A lot of people were vying for the stove to cook their Maggie Mee. They didn’t appreciate me hogging the kitchen in our block.

Either way, this time round I added a huge dash of patience to my yet again improvised recipe and ended up with beef so tender, it fell apart just with the nudge of my fork. Success! 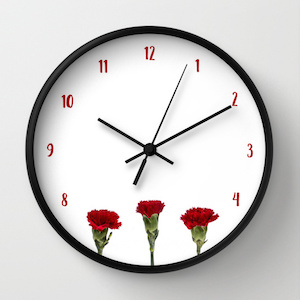 While this wasn’t planned, I found myself setting up shop on Society6. My username’s sephina. So far I’ve got one design with red carnations that I photographed earlier this year up on Society6. I’m not exactly sure which direction I wanna head into but I do want to integrate some of my photography somehow. Some ideas are floating around in my head but so far they’re concepts. I’ll update this space again when I’ve got more concrete things going. Though I do love the clock enough to possibly want it for myself. 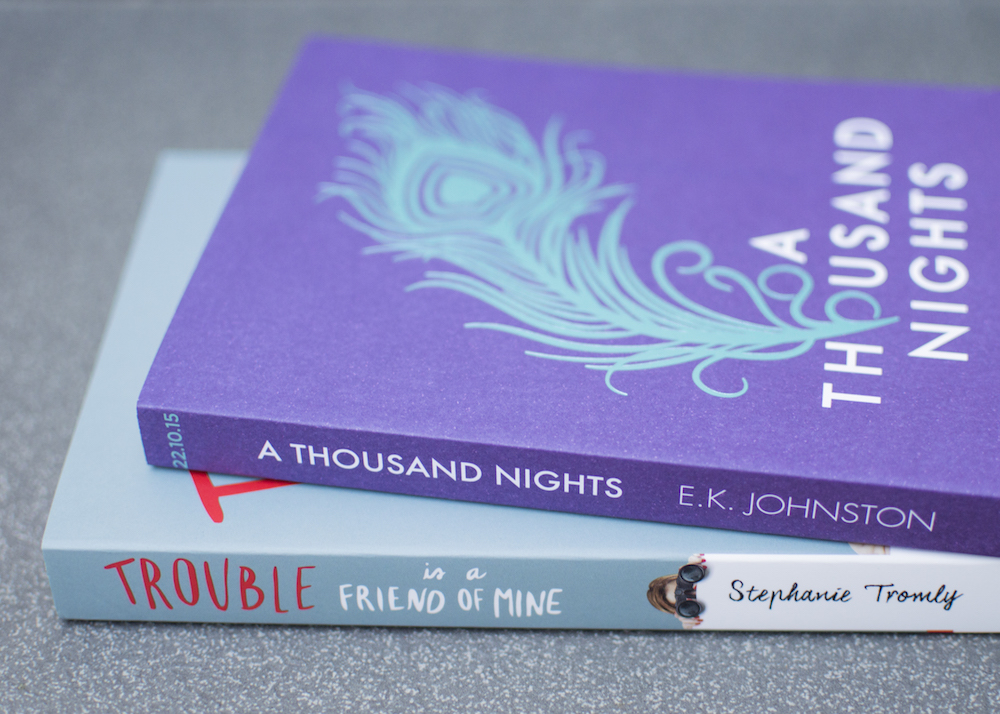 There also were two new additions to my bookshelf this week; both review copies, courtesy of Pansing Books. A Thousand Nights by E.K. Johnston publishes towards the end of October and is an Arabian Nights retelling. I’ve been looking forward to it for months, so receive an ARC was a pleasant surprise.

Trouble is a Friend of Mine by Stephanie Tromly was released a month ago. It wasn’t on my radar but after I read the preview chapter on Amazon, I figured this one’s got humour. I love good humour in books, so I look forward to reading this one soon.

Upon looking up Drama by Raina Telgmeier in the public library catalogue, I found that it was pulled from the shelves. It’s now under review, possibly for LGBTQ themes. Since I’t had some requests for it, I explained how to take #bookthroughphone photos and how to improve them. Looking back, I summed up my August and shared my childhood favourite for Mise-en-scène.

I reviewed Vicious by V.E. Schwab and let me tell you, it was glorious! It’a about everything I usually don’t care for and certainly wouldn’t read but not knowing this before I started led me to enjoy it tremendously. Definitely give this one a shot, even if you’re not into superheroes. In my continued search graphic novels, I picked up This One Summer by Mariko Tamaki & Jillian Tamaki. Despite the beautiful artwork, that book left me cold. The plot was so stagnant, it bored me.

What are some of your milestones, reading or blogging-wise?