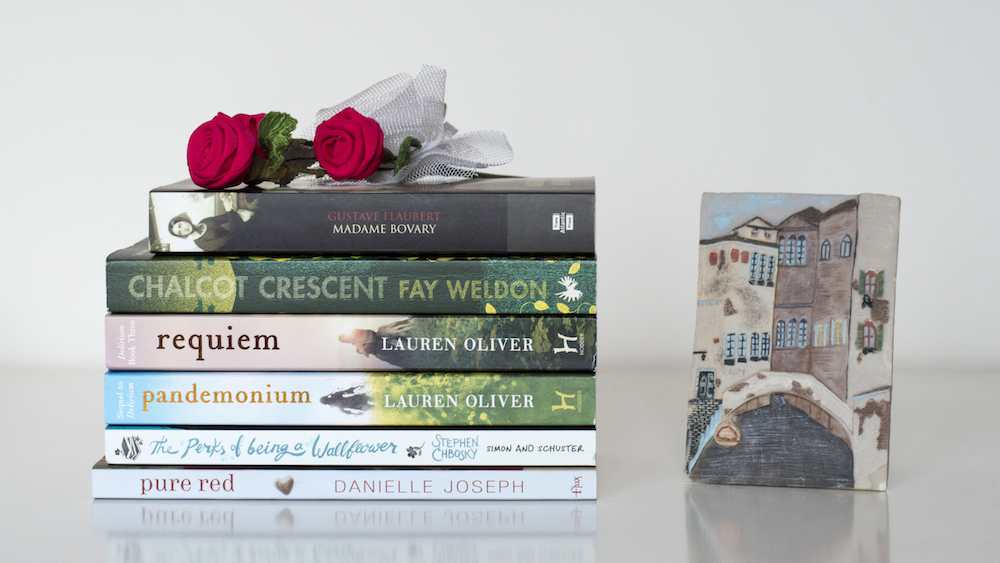 Books I acquired over the past two weeks

A few books I ordered from The Book Depository finally found their way into my mailbox after being en route for almost three weeks. I’ve come to a point where I’m surprised whenever I find books in my mailbox rather than disappointed that they haven’t arrived yet. It used to take a little over a week for books to arrive, while now it’s closer to three weeks. For one, it takes longer till the books ship out and for another, shipping itself also seems to be taking longer. Why that is, I don’t know.

The books that arrived are Pure Red by Danielle Joseph, The Perks of Being a Wallflower by Stephen Chobsky, Pandemonium and Requiem by Lauren Oliver.

I also ventured out to a local bookstore on Friday before meeting a friend for dinner and to my delight, found that they had massive sales of up to 80%! Of course I couldn’t walk out of there empty-handed, so I bought Chalcot Crescent by Fay Weldon and Madame Bovary by Gustave Flaubert.

Over the past week I’ve had Pourquoi regardes-tu la lune? by Anouk Aïata on replay. Indeed, why do we watch the moon night after night, wishing for things to be different? What can I say? I’ve been in a wistful mood lately and this song perfectly encompasses that.

What books have you acquired recently that you are especially excited about?