Disclosure: I received a review copy of Out of the Blue from Pansing Books, a regional distributor, in exchange for an honest review. This does not affect my opinion of the book or the content of my review. 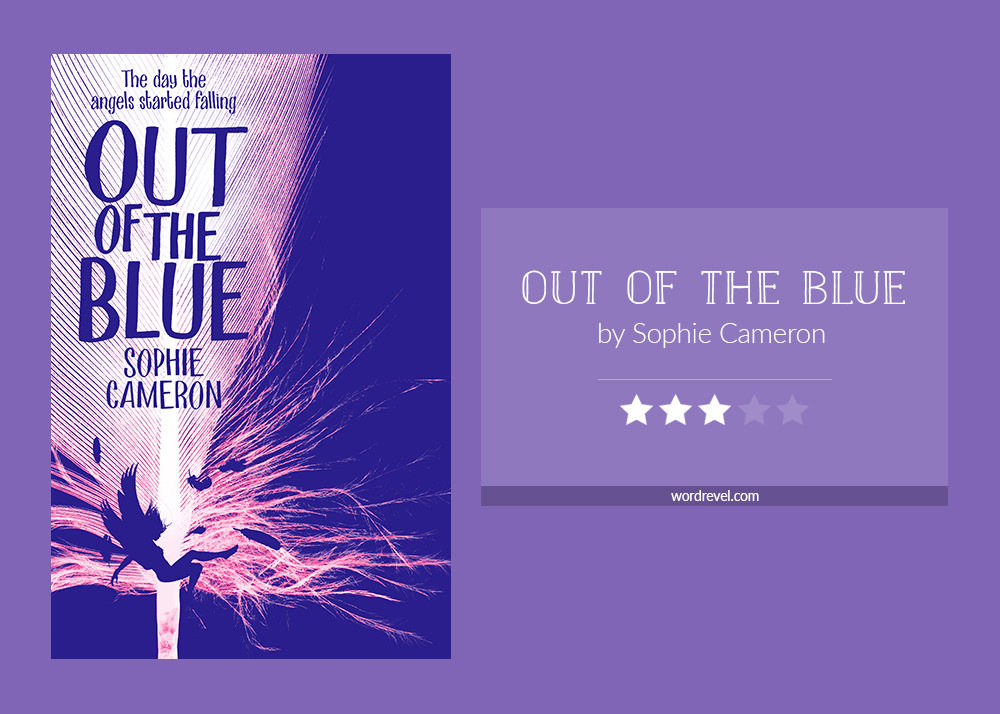 When angels start falling from the sky, it seems like the world is ending. For most people it doesn't. But for Jaya the world ended when her mother died, two weeks before the first angel fell.

Smashing down to earth at extraordinary speeds, wings bent, faces contorted, not a single one has survived and, as the world goes angel crazy, Jaya's father uproots the family to Edinburgh, intent on catching one alive. But Jaya can't stand his obsession and, struggling to make sense of her mother's sudden death and her own role on that fateful day, she's determined to stay out of it. Then something extraordinary happens: an angel lands right at Jaya’s feet, and it’s alive.

Set against the backdrop of the frenzied Edinburgh festival, Sophie Cameron's Out of the Blue tackles questions of grief and guilt and fear over who we really are. But it’s also about love and acceptance and finding your place in this world as angels drop out of another.

When I first read the synopsis of Out of the Blue, I was intrigued. After the first chapter, I was hooked. Then my expectations came crashing down before it partially mended towards the end. See, the concept of angels falling from the sky sounded like there’d be a lot more to it than what Out of the Blue had to offer.

In terms of plot and depth, I think this is a huge case of Out of the Blue wasn’t really for me. I had hoped for this book to be more fantastical; that even if everything happens on earth, the setting would be more atmospheric.

I expected more complexity in characterisation, a deeper look at their relationships, and a more engaging plot. Chasing falling angles is all well and good, but what of it? Since those elements didn’t hook me, more lyric prose might’ve made a difference. It could’ve amped up the otherworldliness of the angels falling from the sky. Basically, with a main character aged 17 years old, I didn’t expect a story so straightforward.

Still, I would definitely recommend this book to teens who need to see themselves in fiction — if they’re biracial/Sri Lankan, gay or have a terminal illness, then this book should be in their hands. These characters seize life as best as they can and that matters a great deal in YA fiction.