Disclosure: I received a finished copy of The House of Mountfathom from Pansing Books, a regional distributor, in exchange for an honest review. This does not affect my opinion of the book or the content of my review. 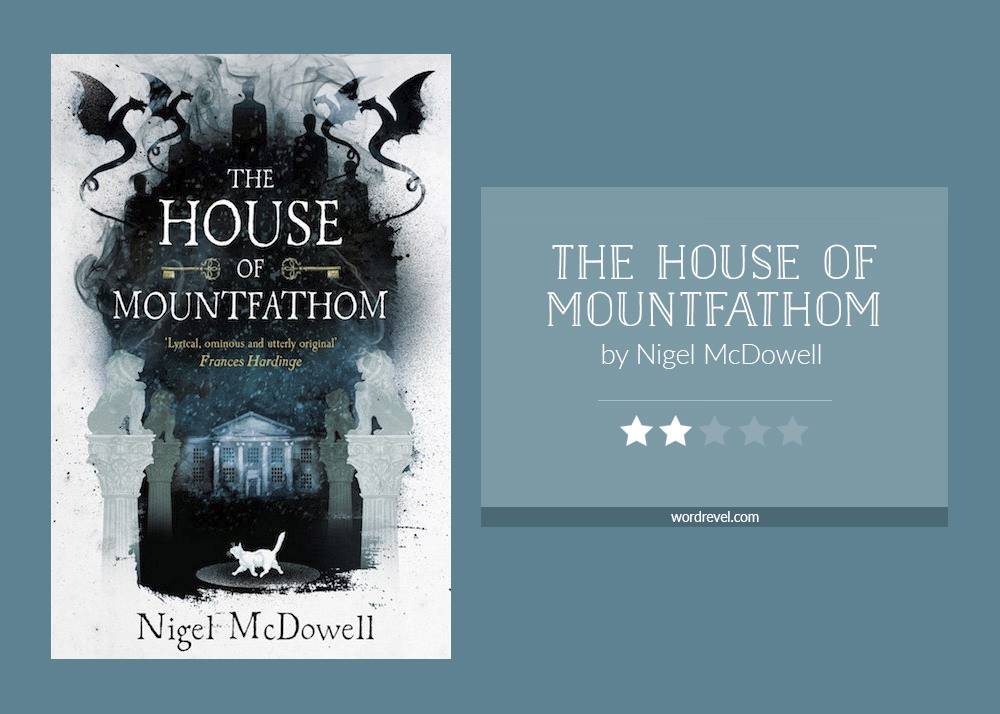 Luke Mountfathom knows he is special and odd. He is told so by everyone he knows. His parents are special and odd too – they are the keepers of the House of Mountfathom, a magnificent stately home where the wrong door could take you to a far away land, and strange animals appear to stalk the grounds at midnight. The house is his home – but it is also the headquarters of the Driochta, a magic-weaving group of poets, artists, politicians and activists charged with keeping the peace in Ireland. They have many powers – have mastered Mirror-Predicting and Smoke-Summoning and Storm-Breaching - and a final ability: that of Mogrifying; taking on a unique animal form.

But Luke's idyllic existence at Mountfathom cannot last. Word reaches the House of protests across Ireland. There is a wish for independence, a rising discontent and scenes of violence that even the Driochta cannot control. In Dublin, death and disease is running rife in the tenements; a darkness is clogging the air, and is intent on staying. And when things quickly spin out of control for the Driochta, it is up to Luke, his cat Morrigan and his best friend Killian to worm out the heart of the evil in their land.

The House of Mountfathom is a difficult book to review. Personally, I didn’t enjoy reading it very much. On some fronts, it felt like things were missing — as though there was supposed to me more. The premise intrigued me but the execution failed to charm. When I looked up the author, I found out this book was published posthumously. He was in his mid-thirties when cancer took his life. Knowing this, I was tempted to rate The House of Mountfathom for its potential but decided not to. That would skew my rating scale against other books I’ve read.

What first caught my eye about The House of Mountfathom was the Irish setting. A book that weaves in local myths and lore often holds promise of something magical. Humans that can transmogrify are terrifying enough but that they should restore peace against darker monsters? That’s a world where things aren’t easily classified into black vs. white, and so I expected complexity of characters. Complex they were, but mostly because I was left perplexed.

The relationship between Luke and Killian came across as tenuous and yet seemed to be driven by deeper connections. These connections, however, didn’t fully translate onto the page. I wish their relationship had been explored more, especially since The House of Mountfathom spans several years, tracking Luke’s maturing ages. From the point Killian entered Luke’s life to the end of the book, I didn’t really get a sense of their growth alongside one another. It’s that development that I missed.

I felt further disconnected from The House of Mountfathom due to the prose. The prose was quaint, probably to reflect the language of the 1920. It’s a stylistic choice that makes sense in theory but it didn’t work out for me, particularly because the narration was reminiscent of that in fairy tales. This made it all the harder to relate to Luke and Killian because in fairy tales, the characters’ personalities rarely matter compared to the moral.