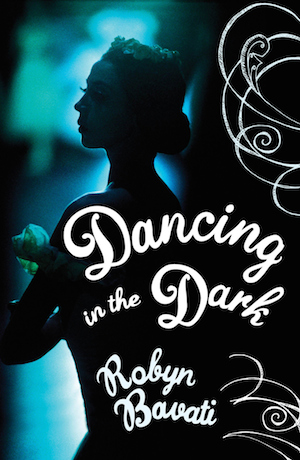 Ditty Cohen is passionate about ballet–she loves how it feels to stand en pointe, to rise and spin across the room. But her Orthodox Jewish parents want Ditty to focus on the teachings of the Torah and to marry at a young age according to their religious tradition. Although her parents forbid her to take dance lessons, Ditty secretly signs up for ballet and becomes entangled in a web of deceit. As one lie leads to another and another, Ditty knows she must stop dancing, but she can't abandon the one thing that gives her freedom. She begins to question her faith and everything her parents have taught her, realizing just how much is at stake as her two worlds collide.

If you have no Jewish background, it might be  difficult at first to get into the book because Bavati chose to adopt Jewish/ Hebrew terms wherever possible. She did explain her choice however, including a letter of sorts at the beginning, noting that she hoped to capture the authenticity in this manner. For those who are unfamiliar with the terms, she included a glossary at the back, though in many cases she also integrated their meanings into her writings, which was definitely helpful. Linguistic barriers out of the way, I loved this book. Despite the religious overtones,it also was about pursuing one’s passion, and how ambition tends to come at a cost.

We’re faced with choices everyday but for Ditty, the choices that she faces are far more complicated. When she first discovers ballet, she knows this is what she wants to do. When her parents forbid it because they think it has no place in the life of a Jew, she goes behind their backs and does it anyway. Her conscience betrays her though on several occasions. She struggles with whether HaShem would truly not want her to dance or if dance perhaps is His greater calling for her. From there she asks herself every so often if she should continue dance or should she give it up? Giving it up would make her life much easier. She wouldn’t need to live with the stress of hiding her activities from her parents, siblings, and their community as a whole. Giving it up though would also mean giving up that which gives her purpose in life. She has talent and works harder than any of the other girls. Her struggles are so beautifully portrayed and written such they are accessible even to those who are not required to live such strict lives. In fact, there were several instances where I found myself relating to Ditty. Questions of whether God wants to hear prayers when one feels like a hypocrite surely aren’t confined to her. Neither is wanting to share something with loved ones who wouldn’t understand the first thing about one’s passion.

Ditty’s desperations seep through the pages without being overdone. There is no incessant whining or constant feelings of sorriness. I appreciated that. Instead Bavati focussed on telling Ditty’s story, from how she gets into ballet and what it comes to mean to her over time. At the same time, she also explored how strange the world must be through Ditty’s eyes. Ditty after all has been sheltered all the while, attending a Haredi school, interacting only with Jews, being largely confined to her own community. Her cousin is the only person she has ever seen rebel and go against the teachings, choosing to not dress conservatively, watching movies and even dating guys. Her cousin’s family is far less conservative but they are Jews nonetheless. Non-Jews never featured in her life until ballet. I enjoyed reading how she came to navigate the unknown. It just reminded me that there is so much that we take for granted, so seeing things from her perspective gave a lot to think about.

What I took away from this book is the reminder that the freedom of choice is a privilege that should not be taken lightly.