Disclosure: I received a review copy of Everless from Pansing Books, a regional distributor, in exchange for an honest review. This does not affect my opinion of the book or the content of my review. 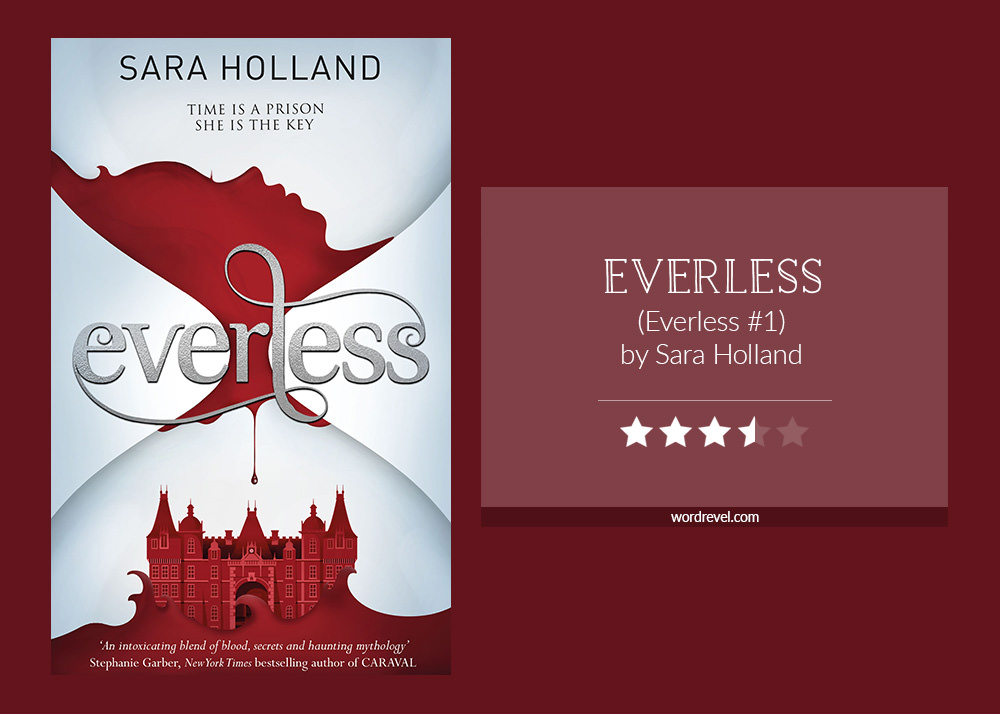 In the land of Sempera, the rich control everything – even time. Ever since the age of alchemy and sorcery, hours, days and years have been extracted from blood and bound to iron coins. The rich live for centuries; the poor bleed themselves dry.

Jules and her father are behind on their rent and low on hours. To stop him from draining himself to clear their debts, Jules takes a job at Everless, the grand estate of the cruel Gerling family.

There, Jules encounters danger and temptation in the guise of the Gerling heir, Roan, who is soon to be married. But the web of secrets at Everless stretches beyond her desire, and the truths Jules must uncover will change her life for ever... and possibly the future of time itself.

Premise-wise, Everless was one of the most original books I’ve read in a long time. It was very intriguing, to say the least. It presented a world where life and blood are currency. I loved this idea and really enjoyed how it was integrated into the story. It was ruthless. I think the details were very well thought-out, especially when it came to how the rich exploited the poor. I also liked the legends that were incorporated and how they pulsed through the lives of the characters.

Even though I was very taken in by the world building, I didn’t end up loving Everless. That’s because the plot itself was pretty generic. It reminded me a lot of books and/or series I’m not particularly fond of, including The Selection, Red Queen, Throne of Glass and Dividing Eden. For better or for worse, the brothers also were reminiscent of The Vampire Diaries. For fans of these, I think Everless is a perfect read. It feeds right into what made those books (and TV show) so popular, all while weaving in a fresh premise.

The words on the page flowed easily, making Everless a very quick read. I flew through the book in under four hours. Usually I take about five to six hours to finish a book of comparable length. The writing style matched the main character’s first person point-of-view. Even though I felt that the characters lacked depth and needed more dimension, I still thought the main character was relatable.

If you’re craving for more YA fantasy, Everless is bound to meet your expectations.