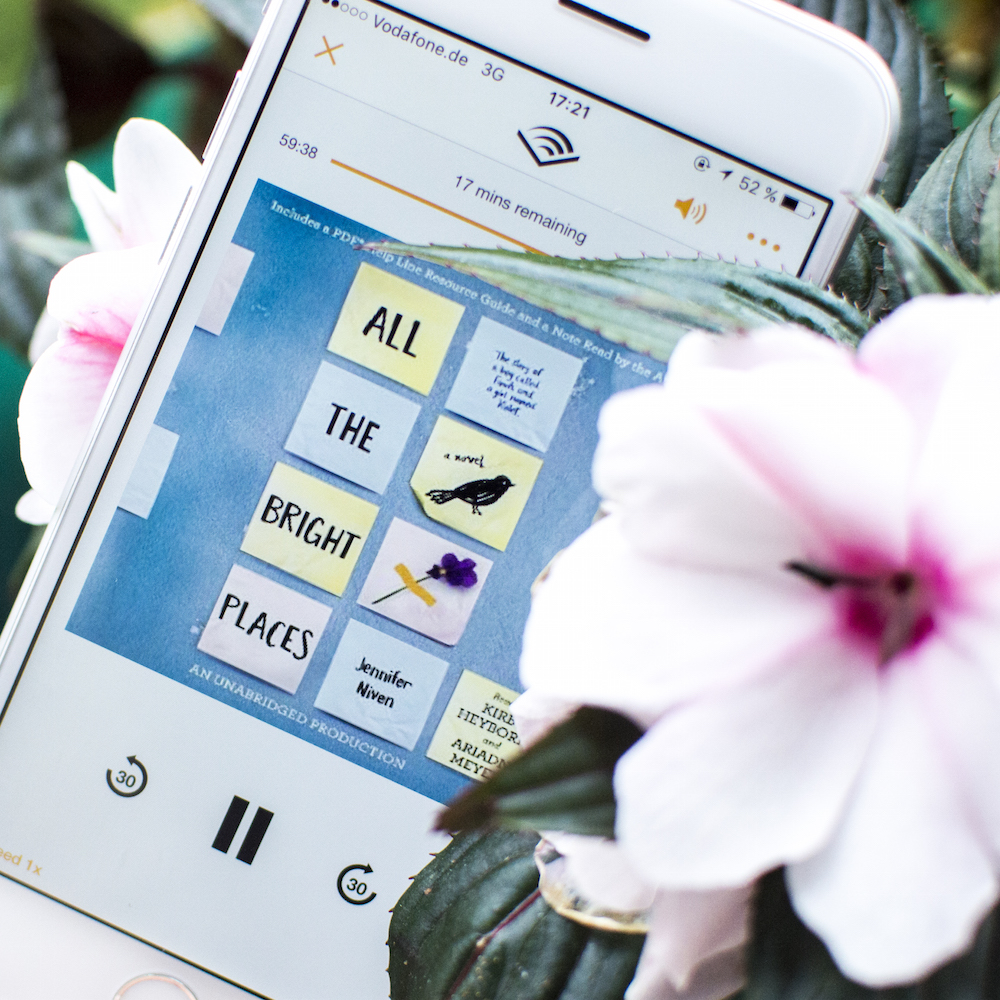 For this week’s Mise-en-scène we commemorate World Mental Health Day ahead of tomorrow. Georgie and I felt so strongly about the importance of raising awareness, we fixed this one theme months ago, before we had even decided how to fill the preceding weeks.

Mental health is often difficult to deal with because it can’t be measured on a fixed scale. There’s no one point at which we can say for sure someone’s no longer healthy. As my professor used to quip, “Who’s to say we aren’t all a little bit crazy?”

The reason I chose to feature All the Bright Places by Jennifer Niven is that Finch is someone who battles with bipolar disorder. Nobody seems to notice. When he’s finally diagnosed, he’s in denial about it, refusing to be labelled.

Here’s the thing, labels aside, it’s important to inform ourselves about signs of mental illness. Being able to recognize when someone needs help could save their lives. At the same time, don’t discriminate against people according to their mental health status. People are humans, not their illnesses.

Which other books raise awareness about mental health?

Visit Georgie’s blog tomorrow to view her post on mental health. If you’re participating in Mise-en-scène, remember to leave your link in the linky widget down below!

Mise-en-scène is a weekly feature/meme that Georgie and I created to challenge ourselves in (bookish) photography.