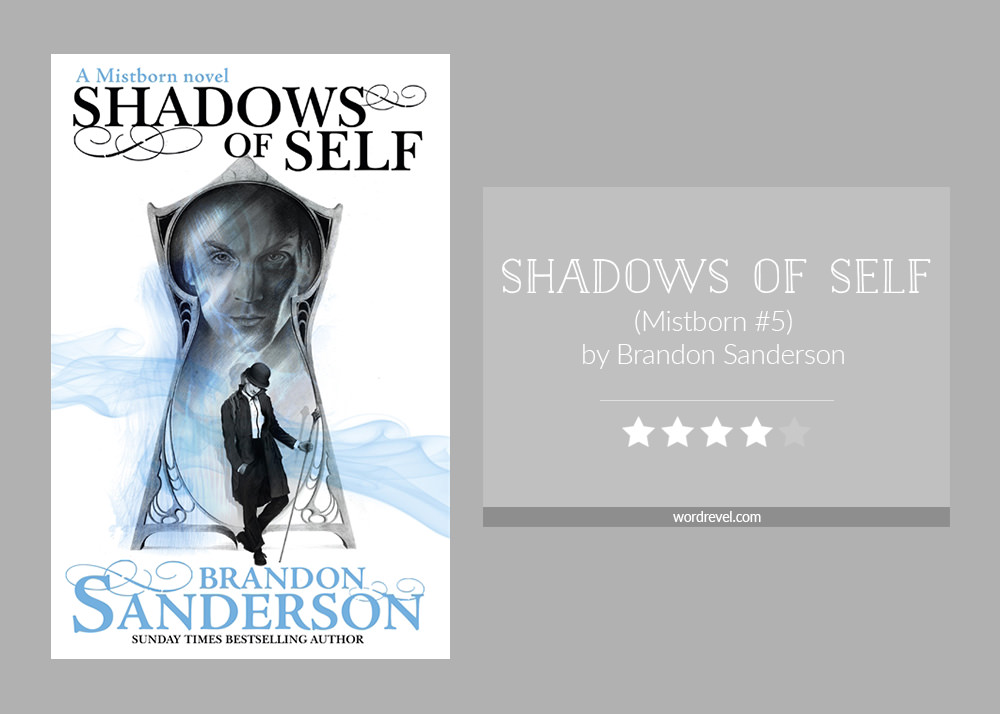 Three hundred years after the events of the Mistborn trilogy, Scadrial is now on the verge of modernity, with railroads to supplement the canals, electric lighting in the streets and the homes of the wealthy, and the first steel-framed skyscrapers racing for the clouds.

When family obligations forced Waxillium Ladrian to forsake the frontier lands and return to the metropolis of his birth to take his place as head of a noble House, he little imagined that the crime-fighting skills acquired during twenty years in the dusty plains would be just as applicable in the big city. He soon learned that there too, just being a talented Twinborn — one who can use both Allomancy and Feruchemy, the dominant magical modes on Scadrial — would not suffice.

This bustling, optimistic, but still shaky society will now face its first test by terrorism and assassination, crimes intended to stir up labor strife and religious conflict. Wax, his eccentric sidekick Wayne, and brilliant, beautiful young Marasi, now officially part of the constabulary, must unravel the conspiracy before civil strife can stop Scadrial’s progress in its tracks.

Shadows of Self is a book that appeals to ardent fans. The familiarity of the magic system, the return of characters from the original trilogy, and the wittiness of Wax and Wayne were immensely satisfying. However, at times I felt that Shadows of Self lost direction. In and of itself, it was a fun story but in terms of a sequel, it read more like a filler.

I know my opinion sounds a little negative and makes it seem like Shadows of Self put a damper on my excitement for the alloy era. On the contrary, I did love the characters as much as before and liked the new additions to the cast. The plot might not have had as many twists as I’d expected but it still made for a wild ride.

What I missed were the closer analyses of their world, their cultures, and their belief systems. I suppose the beat of the Wax and Wayne books is meant to be faster with less world building weighing it down. Since it’s those details that originally hooked me, I thought Shadows of Self didn’t entirely match up.

In any case, I liked Shadows of Self, even if it wasn’t a favourite, and I can’t wait to get on with The Bands of Mourning. The only reason I’ve not plunged into it yet is that the next book after that is slated for 2020. We’re only just about headed into 2018! What’s keeping me together is the fact that there are a lot of other Brandon Sanderson books that I still get to read from now till then.