Disclosure: I received a review copy of Sunflowers in February from Pansing Books, a regional distributor, in exchange for an honest review. This does not affect my opinion of the book or the content of my review. 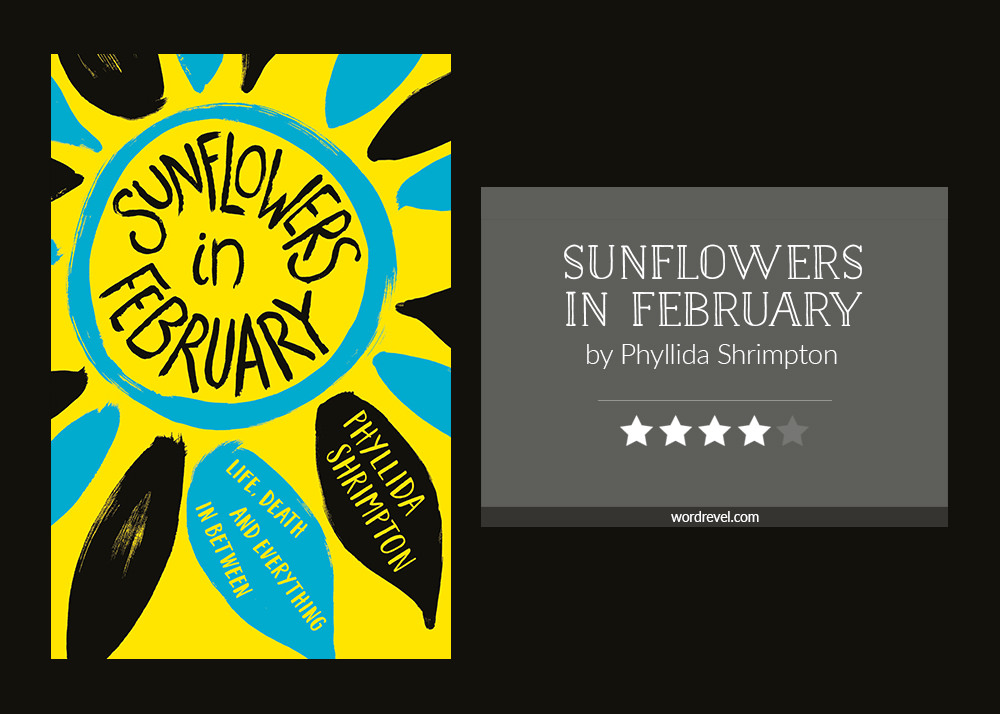 This funny yet heartbreaking teen and YA novel movingly explores what happens when Lily dies in a car accident. The trouble is, Lily is really not sure at all if she wants to 'move on'...

Lily wakes up one crisp Sunday morning on the side of the road. She has no idea how she got there. It is all very peaceful and very beautiful. It is only when the police car and then the ambulance arrive, and she sees her own body, that she realises that she is in fact dead. But what is she supposed do now? Lily has no option but to follow her body and see her family – her parents and her twin brother start falling apart. And then her twin brother Ben gives her a once-in-a-deathtime opportunity: to use his own body for a while. But will Lily give Ben his body back? She is beginning to have a rather good time...

Why I Looked Forward to Sunflowers in February

This is the kind of book that I would’ve adored when I was 17. I mean, I enjoyed macabre texts and black comedy during my literature classes. For A Level theatre, my seniors adapted a play that basically took place in purgatory. I didn’t mind helping them because I liked watching their piece. While I’m past that fascination, the lingering nostalgia piqued my interest at the premise of Sunflowers in February. I was not disappointed.

My Experience Reading the Book

As expected, Sunflowers in February was a gut-wrenching read. I spent a good part of the book on suppressing my tears. In that regard, it was an absolute rollercoaster.

Even though I can’t say I liked Lily, I could see where she was coming from and why she acted (out) in certain ways. She was incredibly petty and selfish, especially when she had the chance to inhabit her twin brother’s body. That’s why part of me resented her. Yet, that also was the strength of Sunflowers in February because I came to be invested in the story of a character who I couldn’t relate to.

As Lily lived through her second chance, she discovered what mattered more in life (after death), bringing chaos but also healing to those she’d left behind — her family, her boyfriend, her friends, and also the driver who killed her. It offered a poignant exploration of loss, grief, love, guilt and forgiveness.

In the face of losing a loved one, Sunflowers in February was a beautiful reminder to not only be sad for the death of dearly departed but to celebrate their lives lived as well. For that, I appreciated it.