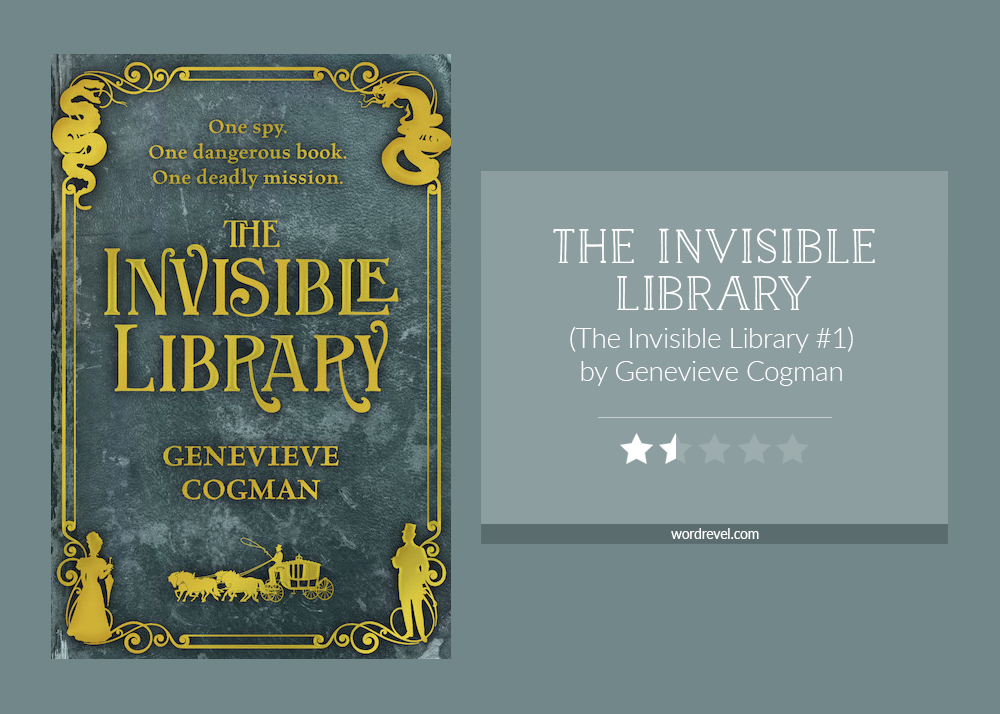 Irene is a professional spy for the mysterious Library, which harvests fiction from different realities. And along with her enigmatic assistant Kai, she’s posted to an alternative London. Their mission – to retrieve a dangerous book. But when they arrive, it’s already been stolen. London’s underground factions seem prepared to fight to the very death to find her book.

Adding to the jeopardy, this world is chaos-infested – the laws of nature bent to allow supernatural creatures and unpredictable magic. Irene’s new assistant is also hiding secrets of his own.

Soon, she’s up to her eyebrows in a heady mix of danger, clues and secret societies. Yet failure is not an option – the nature of reality itself is at stake.

Tried too Hard with the Suspense

Suspense is essential to propel a plot forward. It’s what fiction is made of as readers want to know, what happens next? An effective way to build suspense is to withhold information, make the reader guess, then reveal things later. That’s exactly what The Invisible Library sought to do. However, that for me, also was the downfall of the book. Too much information was withheld, to the point that there was little for me to hang on to. Instead of wanting to know what would happen next, I found myself asking what the point was.

See, in adopting the first-person perspective, what the reader could know was inherently limited. Wilfully deferring most of Irene’s knowledge to the very end left me rather confused. What was the purpose of the Library? What were the abilities of Librarians? What was this thing called the Language? How could Librarians tap on it? Why could they use it? Most of these questions which formed the very premise of The Invisible Library remained vague throughout the book. Only towards the end did the protagonist verbally explain the things she did know.

When these details finally surfaced, I felt agitated. Why give me nothing three-quarters of the book, then bury me in all this information right when the climax was unfolding? The beauty of a first-person perspective lies in accessing the protagonist’s mind. Rather than allowing readers full access to that, Irene’s in-depth thoughts were blocked of. She’d merely muse that eventually her subordinate, Kai, would learnt secrets of the Language and what it meant to be a Librarian.

As if the lack of suspense wasn’t enough, the characters didn’t do much for me either. They were awfully dull. Kai had good looks, so he had that going for him. Other than that, he was a doormat, allowing others to walk all over him. Where was the fire? View Spoiler »(Pun intended. I mean, hello?! Dragon much?) « Hide Spoiler

Irene in and of herself was actually alright. She had cool abilities but considering that the suspense fell flat because of her, she was quite a nuisance.

As for the villains? The main villain was a strange one. He did have my heart racing at some points when he posed a threat to Irene and Kai. There were other shady characters too that left me guessing for a while if they’d be evil or good. View Spoiler »But then when this woman turned out to be Alberich in disguise, I lost all faith in the resolution. Why bother pretending? Why impersonate a stranger when Irene and Kai didn’t even know what he looked like? Why this elaborate ruse to kill them? He could’ve just shut them in a room and let the menace begin. « Hide Spoiler

By and large, the prose fit the mood. It conveyed the atmosphere well. In terms of explaining the events, I wished for more clarity. There were occasional gaps in how one moment got to the next. No matter how much I reread affected passages, I couldn’t make heads or tails of the how. I simply had to accept new developments as fact. View Spoiler »Such as the revelation that Kai was a dragon. How did the defining features unravel? I can’t tell you. It was a leap from human to saving them from the drowning to dragon. The details eluded me. « Hide Spoiler

Not my Cup of Fantasy

The Invisible Library contained a mishmash of fantastical creatures, including vampires, werewolves, dragons, fae, and the likes. Perhaps there’s only so much depth you can expect from creatures wreaking havoc in an alternate universe. Combined with all my previous points, The Invisible Library made for a rather superficial read that failed to engage me on any level. The reasons I finished it anyway were that it was a read-along pick with friends and I had already ordered the sequel after seeing positive ratings from fellow bloggers.