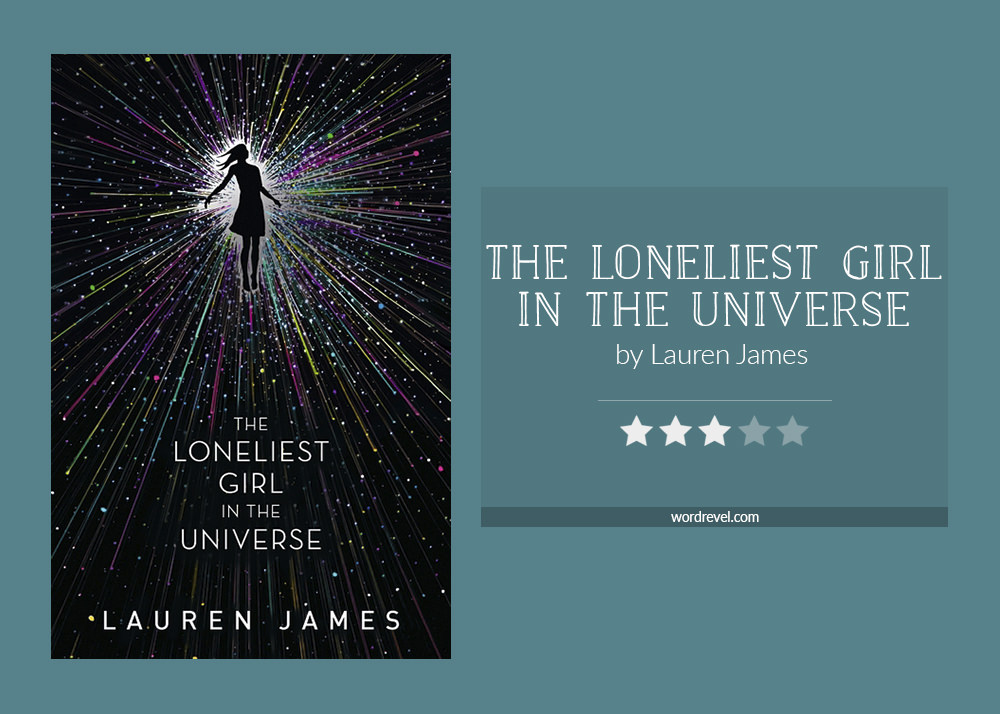 Can you fall in love with someone you’ve never met, never even spoken to – someone who is light years away?

Romy Silvers is the only surviving crew-member of a spaceship travelling to a new planet, on a mission to establish a second home for humanity amongst the stars. Alone in space, she is the loneliest girl in the universe until she hears about a new ship which has launched from Earth – with a single passenger on board. A boy called J.

Their only communication with each other is via email – and due to the distance between them, their messages take months to transmit across space. And yet Romy finds herself falling in love.

But what does Romy really know about J? And what do the mysterious messages which have started arriving from Earth really mean?

Sometimes, there’s something worse than being alone

What I most enjoyed about The Loneliest Girl in the Universe was that it delved into the psyche of a girl who was born and had grown up in space. It was interesting to see how she developed as a character, how she yearned for human contact and did all she could to acculturate, through American media, even if much of the TV shows she devoured were outdated.

What also struck me was the countdown to her arrival to a potentially new habitable planet. That made up for the slow start because there was a clear destination. Too bad the pacing still didn’t do it for me.

80% of the book went on at exactly the same pace. Each day came and went with accounts of what Romy did that day and emails she had received or sent. As building blocks of the plot, they were underwhelming and thin. I expected more depth as the details of Romy’s past unravelled.

Not even the climax was drawn out enough to grip me. Instead, the climax and resolution were conflated into a small fraction of the entire book, which itself was more of an outline than a richly narrated story. Yes, the framework of the book was great, as were the backstories but the build-up and details weren’t enough to fully engage the reader.

If you love space operas with a twist or are looking for a book that doesn’t take a lot of time to finish, The Loneliest Girl in the Universe might be exactly what you’re looking for.