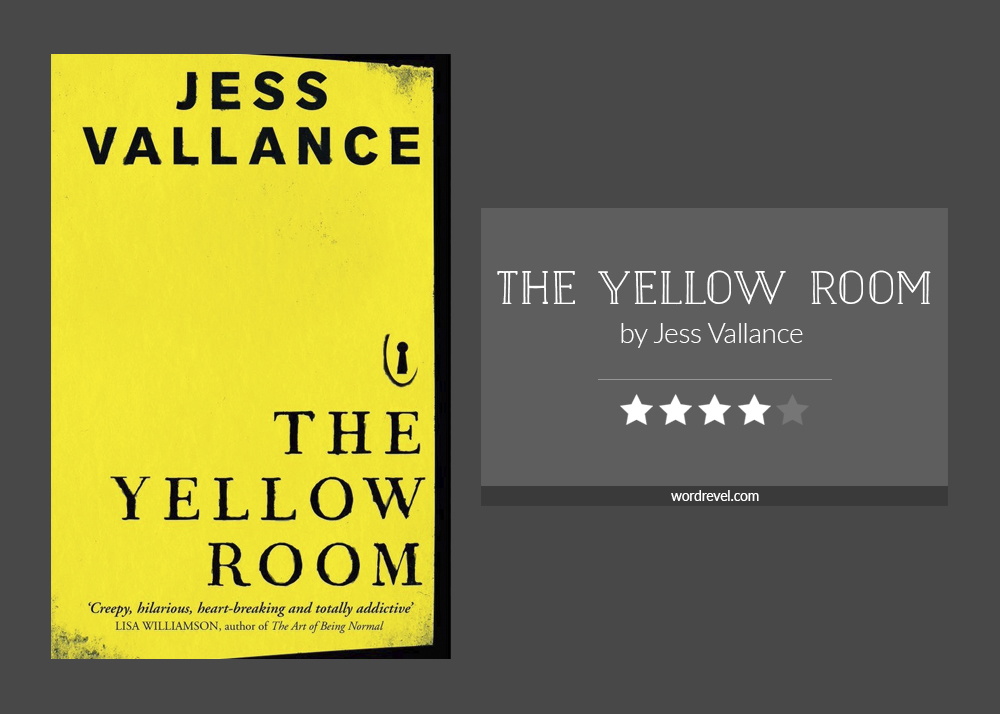 If you receive a letter telling you your father has died, what do you do?

Anna's father left when she was very young and Anna, now 16, is living with her ambitious, unemotional, scientist mother. Then she receives a letter from her father's current girlfriend, Edie, with some shocking news: her father has died. Edie would like to meet Anna because she has something for her from her father. Anna's friends think Edie is not to be trusted and that she should steer clear. But Anna is drawn to Edie: her warmth, her character, her ability to rustle up delicious meals, all of which it seems her own mother is seemingly incapable of... and the way she can tell Edie the secret that is buried inside her, that she cannot bring herseft to tell her mother or her best friends.

A taughtly told, compelling tale about mothers and their daughters - and the lengths that some will go to, to make their dreams come true.

When i first requested The Yellow Room for review, I had rather vague expectations. I hadn’t heard or seen any of my friends mention it but it’s published under Hot Key Books, so I figured the intrigue must be justified. And indeed, it was! The keywords tagged to this book were “lies, truth, sanity and yellow”. What I didn’t know was coming was the sheer madness of the story!

There were several occasions that thoroughly creeped me out. I didn’t know what to think. I predicted one turn of events but then they went another and when I had given up on my predictions, they did come true but not in ways that I imagined. While I’d consider The Yellow Room a mild psychological thriller, it did contain quite a few plot twists — pretty remarkable for a relatively short novel of 263 pages.

Despite unsettling feelings I had towards some of the developments, I couldn’t stop reading. You know how we can’t put down disturbing news? That same sentiment compelled me to keep reading this book. Morbid fascination took over and I continued to flip pages.

Anna, the protagonist, didn’t have much to her. I found her a dull person but she was believable. Set against some of the other incredible aspects of The Yellow Room, she was almost calming, if naïve. It was the other characters that set her world off-kilter. Their strangeness stirred an uneasiness me, as though I had actually met them face-to-face.