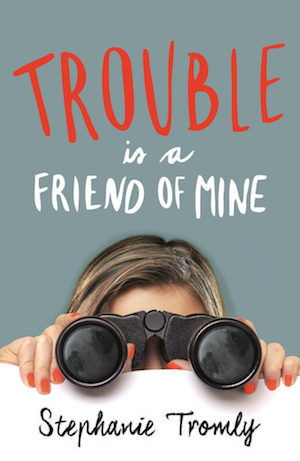 Trouble is a Friend of Mine by Stephanie Tromly • contains 314 pages • published by Hot Key Books on August 4, 2015 • classified as Humour, Mystery, Young Adult • obtained through Pansing Books • read as audiobook • shelve on Goodreads