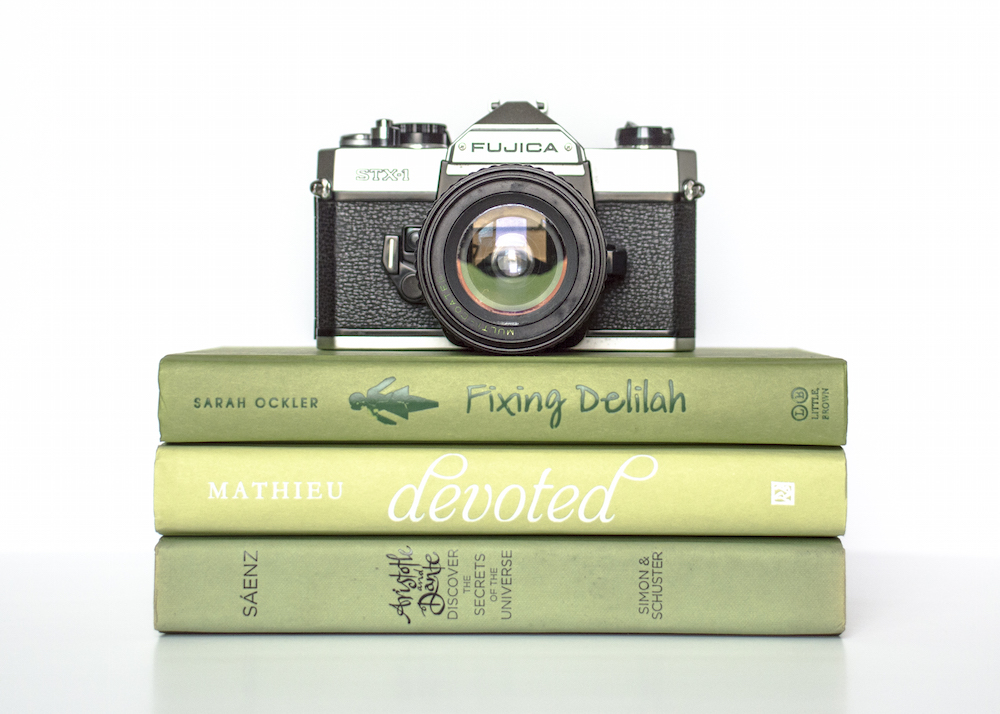 Over a year ago I took the plunge into the world of bookstagram. I had been on Instagram since the beginning of 2011 but only discovered the bookish community last year after following a couple of book bloggers with my personal account. After very little debate with myself, I decided that marrying books and photography would be a great idea. For the most part I’m very glad I became a bookstagrammer.

Bookstagram has been a wondrous place to discover new books and to connect with fellow bibliophiles. It’s so colourful with all the photos and there’s a lot of support for one another and most are very eager to reach out, especially made easy through tags (akin to memes in book blogging).

However, lately bookstagram has also become a growing source of frustration. That’s why I did an informal survey on Twitter, asking others for their opinions. Turns out, I’m not the only one who hasn’t been entirely happy. Others too have identified bookstagram problems. Don’t get me wrong, I love the bookstagram community but there are things I wish I saw less of or ideally, nothing at all.

In an attempt to restore the joy that bookstagram has given me, here’s a list of things that need to improve. These factors are a combination of my views as well as views that I gathered over the past couple of weeks.

This is my top source of grief. I explained some time ago that reposting photos without permission is stealing, regardless of whether or not credit is given. I’ve seen a worrying number of stolen photos in the bookstagram sphere — not just of mine but of others too.

Last week I even questioned myself why I still post photos if others will steal them. In the end my wish to share the love of books trumps the occasional theft. Plus, some people who reposted my photos without permission said they didn’t know that crediting isn’t enough, apologised and thanked me for educating them on the matter.

But then I came across this person who lambasted me for commenting on the photo they stole from me, saying I should’ve sent a direct message. Well, I did send a DM then decided to comment as well because the stolen photo had been accompanied with clear information on copyright matters. Ironic, isn’t it?

F4F or follow-for-follow requests aren’t confined to bookstagram; they are everywhere on Instagram. Still, they’re annoying. If you want to connect with others, leave thoughtful if not, at least relevant comments to the photos and captions. At first you might not garner much notice but the more you engage, the more others will reciprocate. F4F leads to ghost followers. If numbers are all you care about, that may be fine for you but for most of us ghost followers are a nuisance and artificially inflate follower counts.

An extension of F4F is SfS, otherwise known as shoutout-for-shoutout. Typically this means posting a photo (collage) of content from another account, asking followers to give that featured account a follow. Now, I have nothing against the occasional genuine shoutout especially for newcomers to the community to introduce them. But to post a shoutout simply to gain one for oneself? That doesn’t show genuine support specific to those accounts that are featured. They were bought in exchange for exposure. It’s an indiscriminate way of featuring others and doesn’t guarantee quality.

Weirder still are shoutout giveaways. I’ve not seen any of those with my own eyes but I trust my sources when they tell me that they’re becoming a thing.

Another reason SfS is problematic is that it gets in the way of original content. I follow accounts expecting to see new photos. I feel duped whenever I double tap a photo only to read the caption to learn that that photo actually belongs to someone else. It’s confusing.

For those who want to discover new accounts, the Instagram app has everything covered. There’s a “Discover People” tab as well as the option to see the activities of people one follows. I’ve come to learn of new accounts simply by seeing that more than a handful of people I follow liked a photo from a bookstagrammer I hadn’t previously heard of. Above all, there are hashtags! Check out those for more bookish photos. #bookstagram, #instabooks, #bookshelves, etc are great starting points.

Speaking of original content, giveaway reposts are the bane of my Instagram feed. I have no interest in seeing the same image a hundred times in a row. It’s annoying. If a giveaway is confined to one account and doesn’t require reposting, I’m very appreciative of that. To me this signals that they’re expressing their gratitude to existing followers.

If the point is to spread the news of free books, vouchers, etc why not hold a bookstagram contest? Your name will be out there, people will hear of the giveaway/contest, all while generating original content. See? Win-win! Just please, stop clogging my feed with identical images. I don’t care if they’re overlayed with different filters. They’re still the same.

The “to be deleted” disclaimer drives me nuts. If someone is planning to delete a photo, why post it? And why announce to the world that it’s going to be deleted? Delete those photos quietly, if one must. But if one prizes a clear focus in their feed, then stick to it. Stop apologising when deviating. It’s completely up to the individual what they post. Nobody’s forcing anyone to post a photo that they don’t think fits their Instagram theme.

Curiously, more and more new accounts have sprung up, claiming that the previous one was deleted and whining about the loss of followers. Out of pity others post shoutouts and the follower count for these accounts spike — y’know, all out of pity.

In case these deletions truly did happen and an account was legitimate, then my tip is to set a good password. It’s more likely that a hacker would delete such an account than the Instagram team would. Setting a good password means combining upper- and lowercase letters, numbers and symbols. The longer a password is, the harder it is for someone else to hack.

Personally, I don’t have a problem with posting different ratios if they’re consistent. I posted in the 5×7 format for the longest time but apparently it annoys some people. I guess I can see why. Consistency of 5×7 in my feed was still disruptive to the square format. Well, I’ve learnt my ways and decided to appease those who hated my non-conformity. Give and take — that’s one way of overcoming bookstagram problems and adding to a happy place for everyone.

This somewhat ties in with #6 about posting photos that will be deleted. Once in a while someone posts a photo and pre-empts with an apology that the photos is crappy/lousy/bad. Commenters then jump on it, denying that it’s bad and praising how well taken said photo is.

Think about it. If someone prides themselves as a bookstagrammer and invests so much time and effort in upkeep, why would they post a photo that they didn’t think was at least minimally decent?

These accounts that claim to curate photos from bookstagrammers basically build their following and recognition with the efforts and photographic property of others. They pull the nicest photos they can find to put together the “perfect” feed. They claim they do it to raise awareness of bookstagram accounts. Yet most of them time, they don’t seek permission.

Interestingly, when newer accounts are featured, the photos tend to receive a lot more likes on the feature account than the photo owners have followers. This indicates that feature accounts don’t necessarily result in more exposure for featured bookstagrammers.

Bookstagram feature accounts also grab photos from very popular bookstagrammers. These popular accounts have thousands and even tens of thousands of followers. They didn’t get there by accident. It took hard work for them to achieve their status even more work to upkeep because there are all these higher expectations. Feature accounts belittle that effort by taking a second to swipe a photo and another second to post it.

Comments spark conversation in ways that likes can’t. That’s why commenters are more visible than those who simply like photo after photo. I love it when a photo of mine sparks conversation with others because naturally, they tend to be about books and I love books. Duh.

What I don’t like are comments along the lines of:

Clearly those comments aren’t heartfelt when someone comments the same thing on a billion photos. There’s this person who commented the same thing on three of my photos in the span of a week but never follow me. I saw them post that same comment on other accounts that I followed as well. Obviously they were fishing for followers.

This is something that I’ve seen repeated complaints over. I do think that a lot of the better known bookstagrammers deserve their recognition and are genuine in wanting to share their love for books. What’s disheartening is when some people do everything they can to fish for followers:

There are three valid occasions to tag people in photos as a bookstagrammer:

Tagging people for reasons other than those rarely has valid justification beyond fishing for views.

Ever seen three blank posts in a row? Those weren’t glitches. Blank posts are supposed to act as photo dividers when bookstagrammers decide to change their “themes” which really means filters. Perhaps they decide that they don’t like a dark look anymore and want things to look more pastel. Instead of just going right ahead and using their snazzy new filter, they waste three seconds of our lives spent on scrolling past blank posts in our feeds.

The primary content to be posted on Instagram is photos. These photos may be accompanied by captions. By definition, a caption is meant to be be brief. Sometimes brevity doesn’t cut it and a caption turns out to be rather long. That’s all well and good when something needs to be said and words have to be spent towards that goal. The problem arises when every single photo is accompanied by an essay. Start a blog if words become more important than the photos.

Commenting on someone’s photo that their opinion is wrong is a surefire way to pick a fight. Yet there are people who deign to tell a bookstagrammer exactly that. It’s one thing to express disagreement and talk about why opinions differ. We all have our preferences. But if disagreements cause so much misery, then seek out those who share the same views. There’s more happiness in gushing over the same ships or commiserating over a book that wasn’t as fantastic as expected.

Thank you to those who chipped in with their thoughts on bookstagram problems they feel need to be overcome! Contributions were made by Elaine, Chiara, Cait, Tory, Lillian, Sebastian, Sana, Kaylie and Asti.

How do you feel about Bookstagram? What do you like and what do you dislike about it?