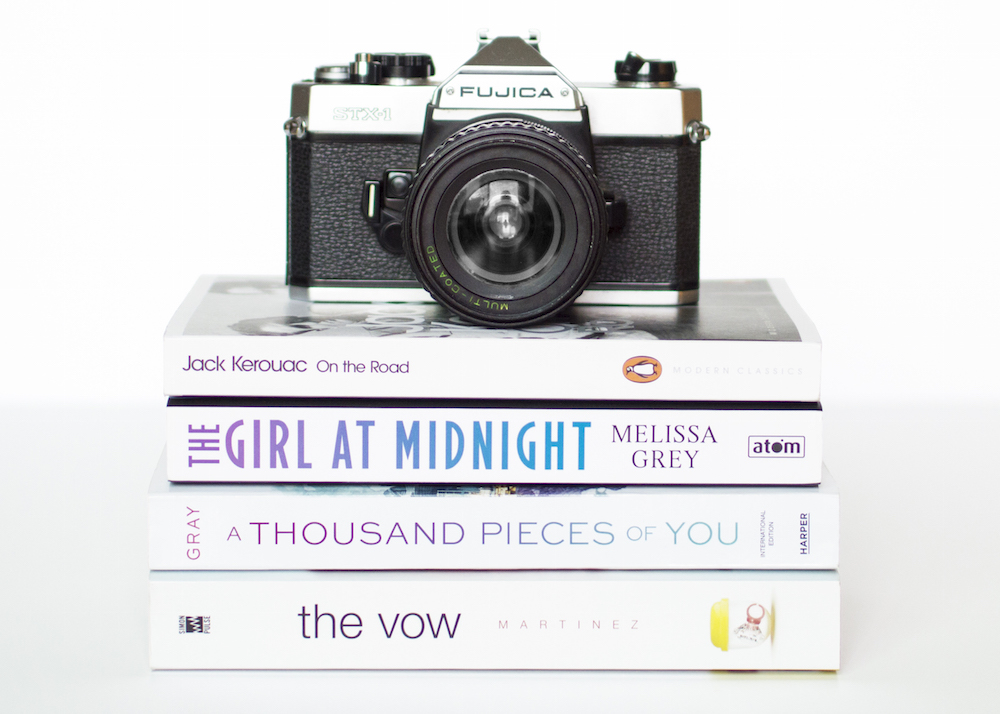 The title of my post sounds ridiculous, doesn’t it? Why would anyone thank a thief? I know I wouldn’t. Yet every other day, I see precisely that happening on Instagram.

Who is Stealing Photos?

These accounts claim that their aim is to raise awareness of amazing bookstagram accounts. It sounds noble and selfless. And yet I see these accounts as rather self-serving. Why is that? They use photos (without asking) from other people to build their follower base.

Sure, they might tag the original photographer and add a credit in the caption but honestly? They hardly lead people to follow the bookstagram accounts that have been featured. I know this because often the photos gain more likes on the feature account than the featured account has followers. That doesn’t add up.

If you’re not convinced, let’s put it this way. A new art gallery springs up with these amazing photos. This gallery supposedly wants to raise exposure for photographers they exhibit.

Now, these photographers didn’t submit those photos. Instead, the curators walked into the shops, galleries or even homes of the photographers and simply grabbed the displayed photos from the photographers’ walls without asking. Then they went on to add those photos to the new art gallery. Clearly, this is stealing. The same goes for all those feature accounts on Instagram.

The ironic thing is that I see a lot of bookstagrammers who are excited about being featured. They express their thanks on their very own stolen photos. Then when a bookstagrammer sends a take-down notice or files for copyright infringement, they are labelled as overly sensitive or even mean-spirited. They aren’t. They are exerting their rights as owners/copyright holders.

Regramming (reposting) photos has become so ubiquitous, that a lot of people have become numb to it. I guess when regramming photos from friends to relive parties and gatherings etc, it’s fine because there’s a tacit agreement that these photos belong to everyone who’s in them.

Yet when you read the terms & conditions of Instagram, you’ll learn that you’re only allowed to post content that belongs to you or to which you have the legal rights. Taking photos from strangers and reposting them essentially constitutes stealing photos. It doesn’t matter if they’re credited in the caption or worse, only tagged (that’s not even an explicit credit!) in the photo. As long as no permission is sought, using someone else’s photo is copyright infringement.

There are people on Instagram who simply steal photos and post them as their own. They add their own captions to photos they’ve stolen and make no effort to point back to the photographer. These are the ones everyone agrees on that they’re stealing photos. This means there’s not much I need to elaborate.

The Problem with Stealing Photos

Since bookstagrammers don’t actually earn an income from their photos, some might think that this isn’t an issue. Regardless of your stand, let me tell you, stealing photos is wrong. It’s unethical. It’s illegal.

Bookstagrammers spend a lot of time on taking, post-processing and editing photos. Believe me, I know! There are times I obsess about the whites not being true white, the shadows being too dark, the colours not being vibrant enough, and so on. Basically, a lot of time and effort goes into book photography.

Stealing those photos and reposting them everywhere makes hard work very easy to come by. When the content producers are removed from their content, the original value of the content depreciates manifold. They can’t hold claim to their photos anymore.

Stealing photos also disrespects photographers. I know several bookstagrammers who have been upset over their photos being stolen, myself included. We felt violated and disheartened.

Sometimes I even wonder why I bother with bookstagram if my photos will be stolen. I do it for my love of books and as a means to connect with like-minded people. But that’s not the only reason. I also do it to practice photography because I learn to deal with light and angles. I also learn new post-processing methods.

In any case, I wouldn’t be surprised if some bookstagrammers have seriously contemplated quitting because they feel disrespected. Thankfully, th bookstagram community is generally a very happy place. I hope it will continue to be for a long time to come for both content producers and content consumers alike.

Another problem is that rarely does anyone seek permission to regram photos. I’ve had Audible repost a photo of mine before. They specifically asked me and I gave them permission. For those cases, it’s perfectly fine. My gripe is when nobody asks for permission but reposts a photo anyway. From a legal standpoint, this is copyright infringement. If you’re unsure what this means, please do your research! You can be sued for infringing someone else’s copyright. That doesn’t only apply to Instagram but to blogging as well.

There are two things you should note if you’re on Instagram:

What Does This Mean?

If others are stealing your photos, you have the right to report them. Instagram states in the T&Cs that you should try to settle this with the copyright infringer first. If they don’t oblige, report copyright infringement with Instagram. Outside of Instagram, there are ways to make legal claims, though I’m in no position to give legal advice with regards to that.

Were you aware that regramming without permission is akin to stealing photos? And what are your thoughts on bookstagram feature accounts?