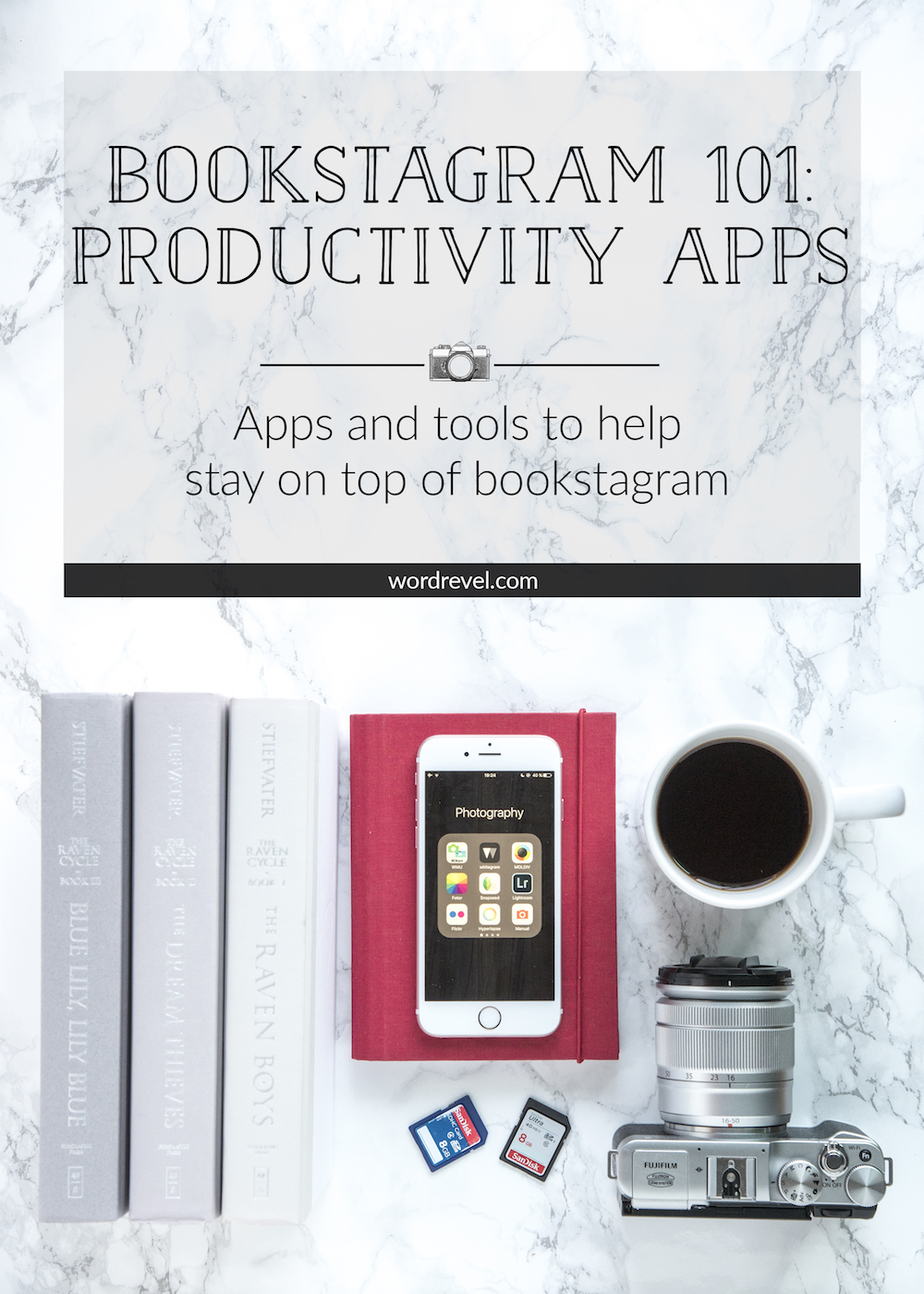 Bookstagram can quickly take over a lot of free time. In order to keep having fun without feeling overwhelmed, I’ve rounded up some helpful apps for Instagram. After all, photo editing apps aren’t the only ones to keep the bookstagram game strong. Productivity matters too, so here goes.

Sometimes life can get pretty overwhelming when the responsibilities pile on. During those times scheduling apps can make it a lot easier to keep a consistent posting schedule. This also applies if you generally prefer to post planned content.

Before introducing viable apps, I’d like to point out a few pros and cons; starting with the cons. As I’ve mentioned in my post on equipment, it’s only possible to upload photos via the native Instagram app. Consequently, scheduling in Instagram-speak negates automatic posting at a set time.

Scheduling posts means loading a photo in the scheduling app, adding a caption and selecting a posting date and time. When the time comes, you’ll receive a notification to post. Then when you open up the app, it’ll prompt you to switch over to Instagram and copy the caption to your clipboard. Once in the Instagram app, posting a photo works the same as usual. Just remember to paste the caption before you copy other text.

Another important thing to note is that the user account in the Instagram app must already be set. Recently Instagram implemented multiple accounts, which allows users to easily switch among five accounts. Previously users had to log in and out of accounts which was cumbersome. It’s easier now but with scheduling apps, you want to pay attention that you do post to the correct account.

Despite the limitations, scheduling apps still have their uses. For instance, you could plan your upcoming posts for the week over the weekend. This means fixing the days and timings for each photo and preparing all the captions and hashtags. This would save you time during the week itself when you’re busy with other things. The additional steps of porting from a scheduling app to Instagram still takes up significantly less time in that moment, so it’s worth giving it a try.

A free account is limited to managing two different social media accounts and limited to 30 scheduled posts per month. For most bookstagrammers, this suffices since that means one scheduled post a day. Amanda from Nellie & Co. also blogged about Later recently and agreed about its usefulness.

Now, if you want to post more than one a photo per day, you could upgrade to one of the paid plans or combine Later with another scheduling app.

At 5 scheduled posts a week, Skippr allows less scheduled posts than Later with a free account. Also, only one account may be connected. The reason this app might appeal to some of you anyway is that posts can be scheduled directly on the website. Photos will be uploaded, then sent to the phone during the scheduled time. This works especially great if you use a dedicated camera and have the photos on your computer.

While Hootsuite does have a free option, only one post can be scheduled at a time. To get the most out of the app, you’d probably wanna pick a paid option. Personally, I’m not paying for the service because there are free options and I’m not earning from Word Revel. In any case, the benefit of Hootsuite over the other apps is that it’s not Instagram-specific. Other social media platforms can be integrated, such as Twitter and Facebook.

Before reposting a photo, it’s important to seek permission. Unless a photo comes with a Creative Commons license or explicit encouragement to repost, a photo is automatically copyrighted in most countries. Taking a photo without permission is copyright infringement, even if credit is included.

Once permission has been granted, it still is important to ensure proper credit. While I rarely, if ever regram, I do recommend Repost for Instagram. This will include a flag-type of credit in a selected corner of the photo. That way followers browsing their feed will know immediately whose photo this is. The reason I advocate this method is that not everyone reads the captions, so they might believe that a photo is yours when really, it isn’t. That in turn isn’t fair to the photographer.

One question I’ve been asked on the regular is, When is the best time to post? Well, that really depends on your follower profile and time zone.

To find out the best times for you, Prime can help you determine the best times for each day of the week. In order to figure this out, the app analyses your past posts. Side note on scheduling posts: Prime also added this option with their recently released v2.0.

Currently Prime only supports one Instagram account at a time. Another point to note is that once a post is scheduled, it can’t be deleted. The only way out is to dismiss the notification when it prompts you to post.

Previously I used to rely on Iconosquare for statistics. After they curbed free accounts and set the baseline at paid accounts, I didn’t continue. If I was earning off Word Revel, I might’ve considered paying the reasonable fee but I’m not at that stage, so I decided against it. Thanks to Amanda though, I learnt about Squarelovin. So far it’s been a good substitute, giving me a pretty in-depth overview of my Instagram statistics.

What are some of your favourite tools and apps to stay on top of bookstagram?

Note: This post is completely free from sponsorship and all the brands I mentioned I did out of my own volition.