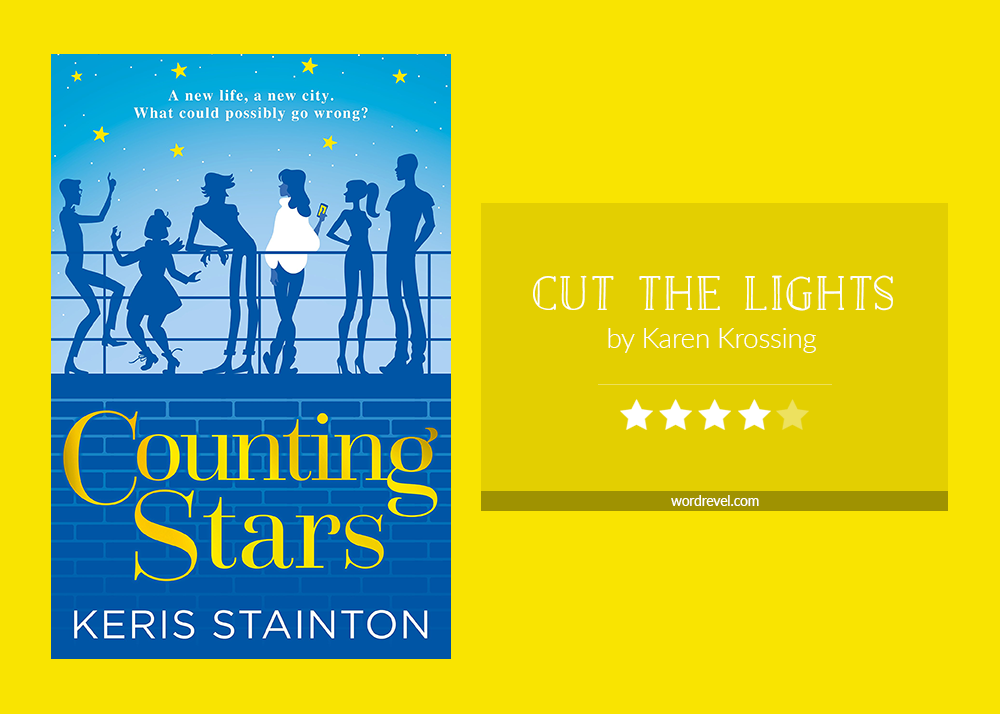 When eighteen-year-old Anna leaves school and moves to Liverpool, she feels like her life is finally beginning. She's landed her dream job at a theatre, and she's moving into an exciting (if not slightly run-down) houseshare on a buzzing street lined with shops, bars, and buskers. Best of all, her new flatmates are kind, welcoming and a lot of fun – what more could she ask for?

But her new life is also a little overwhelming. Anna's job quickly falls through, and then she realises that although her new friends are great, they're also a little mixed-up... and it's not long before Anna starts using her vlog to talk about her experiences, from the hilarious to the ridiculous to the little-bit-scary. But when Anna spills a bigger secret than she can handle, suddenly the consequences are all too real. She'll have to prove she has the mettle to make it in the big city, or risk losing everything she thinks she wants.

Books set in university that aren’t entirely pre-occupied with romance are surprisingly tough to find. During my own undergraduate studies I wished for so many more but had to make do with books set in high school. Maybe “make do” sounds like I didn’t enjoy those books but I did. It’s just that the university setting tends to be rather neglected. That’s why I was pretty excited to learn that Counting Stars featured university students.

Now, the book itself didn’t take place at a university but it was close enough. Counting Stars was about navigating the first stages of independence of adulthood. While Anna was the primary main character, the story also flitted among her four flat-share mates. This gave rise to a myriad of conflicts, each of which are relevant to many of us today in our late teens to mid-twenties.

Rather than fixating on the right path, Keris Stainton crafted characters with various inclinations. Anna preferred to plunge into the working world, bypassing university. Alfie took his studies very seriously and was an overachiever in every aspect of his life. Sean was hung up on his ex but determined to move on. Nina struggled with dropping out of her academy and was stuck in a relationship that weighed her down. Then there was Molly who like Alfie and Sean was also a student and lived with reckless abandon.

The contrast among them was so stark, I sometimes wondered how they could get along so well. Anna was so innocent and sheltered compared to Molly. Alfie was so driven, whereas Nina constantly doubted her own abilities. In a way, that triggered curiosity and fascination about one another’s lives which in turn bonded them as friends.

Counting Stars also made a very positive nod towards embracing diversity without crowing about it. Alfie was introduced as a black character because that’s how everyone perceived him. Later it turned out that he was of mixed descent. Sean was gay and open about it, trying to pursue a guy who caught his fancy. There was a passing reference to a lesbian couple.

Overall, Counting Stars prized inclusivity in a matter that made these aspects integral to the characters, even if they weren’t necessarily pivotal to the overarching plot.

Every now and then Counting Stars included a transcript of Anna’s vlogs and a few comments from her followers. These marked the progression of the months from when she first moved out until the end.

Navigating the online sphere can be tough amidst trying to maintain privacy. While Anna made an effort to disguise herself, she sometimes shared things without weighing the consequences. With that, Counting Stars portrayed the blurring of online and offline lives pretty well.

What struck me about Counting Stars was how true to reality it was while still maintaining hooks that propelled it forward as a fictional novel. I’ve always found it baffling when books were about students but really, only in name. It’s weird when characters seem to have all the time in the world, never do homework and don’t have extracurricular activities. Thankfully, Counting Stars didn’t forget about work (part-time at a café, maid at a hotel) or university. In fact, they even wondered how Alfie juggled everything:

Basically, these people were human in the best and worst possible way. That made them infinitely relatable and made me root for them, even if their levels of naïvety were alarming at times.

Weakness in the Ending

Alas, Counting Stars suffered towards the end. The beginning and middle sections of the book were significantly more detailed than the ending which came to a very thin conclusion. The heights of the climaxes were reached and then that was that. Just a few loosely tied knots by the time I reached the last page and that was it.

Looking at the other books Keris Stainton has written, Counting Stars seems to be the longest one. Perhaps always writing shorter books made it more difficult to write a longer one. That struggle definitely showed for me. Good thing the characters were more important than the actual plot, so I wasn’t too disappointed and still I walked away liking the book despite this evident shortcoming.