Note: This is review is free of spoilers for the Dash & Lily duology. 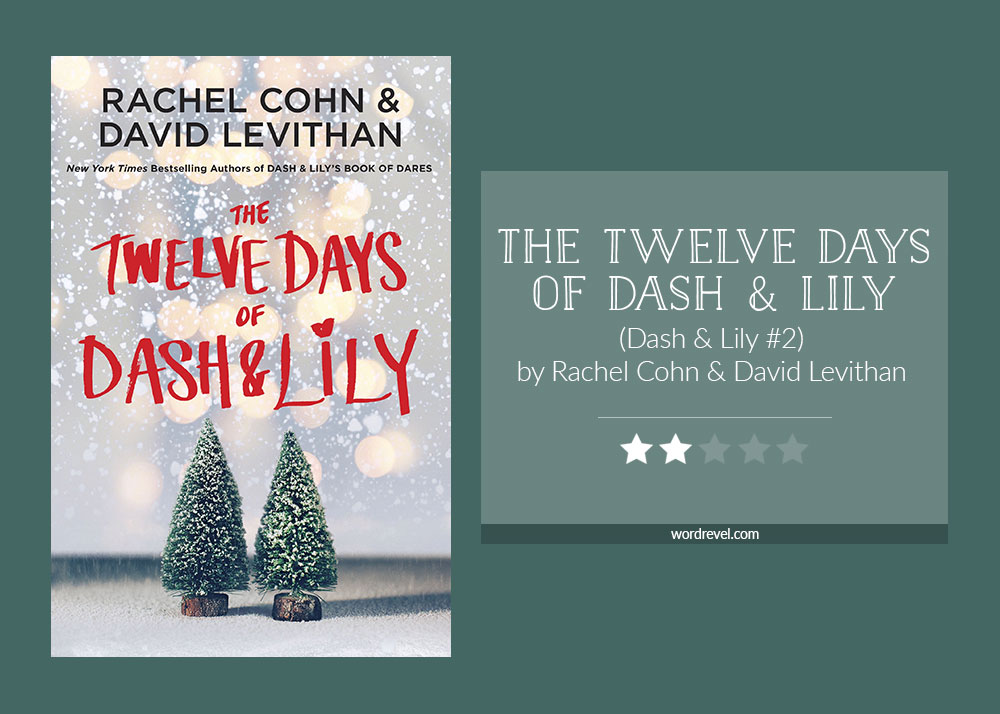 Dash and Lily have had a tough year since they first fell in love among the shelves of their favorite bookstore. Lily’s beloved grandfather suffered a heart attack, and his difficult road to recovery has taken a major toll on her typically sunny disposition.

With only twelve days left until Christmas—Lily’s favourite time of the year—Dash, Lily’s brother Langston, and their closest friends must take Manhattan by storm to help Lily recapture the unique holiday magic of a glittering, snow-covered New York City in December.

The Twelve Days of Dash & Lily skips ahead to the following Christmas season. We miss out on the developments in between. They’re referenced as memories but that means a lot of details are left out. Going in, I thought that’s alright since the first book was set amidst festivities as well. In the end, I was rather disappointed. This book is not exactly what I signed up for. Usually I appreciate books that acknowledge no romance is perfect. Yet with The Twelve Days of Dash & Lily, that doesn’t work. Instead, it makes for a dreary read when you’re in a celebratory mood.

Lily’s so out of sorts, with good reason, yet it feels superficial. There’s little emotional depth or exploration of her state of mind. Without that sort of connection, I couldn’t care much for Lily. Dash is sweet but that doesn’t help when a relationship is about two people. There are some thoughtful moments and some funny ones too but they’re not enough to make up for the thin overarching narrative.

Reading The Twelve Days of Dash & Lily pained and bored me most of the time. I only finished it because it’s so short and because I really like Dash & Lily’s Book of Dares. In fact, it’s one of the rare books I like precisely because it’s cute (without being overbearing). Sadly, I can’t say that of the duology as whole.