Disclosure: I received a review copy of Defy the Stars from Pansing Books, a regional distributor, in exchange for an honest review. This does not affect my opinion of the book or the content of my review. 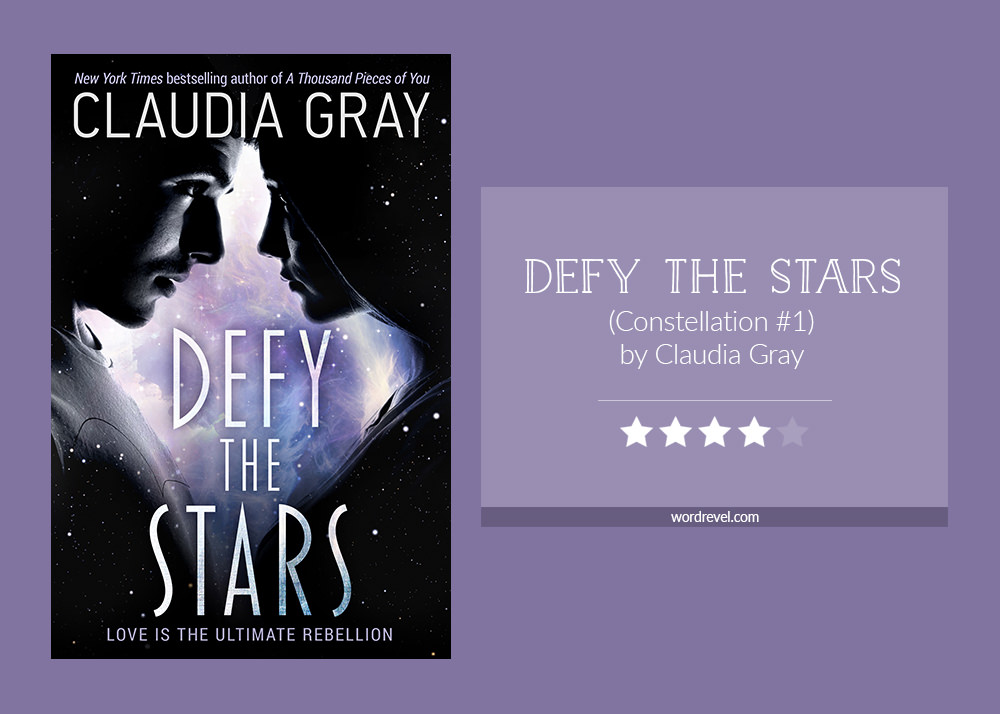 Noemi is a young and fearless soldier of Genesis, a colony planet of a dying Earth. But the citizens of Genesis are rising up – they know that Earth's settlers will only destroy this planet the way they destroyed their own. And so a terrible war has begun.

When Noemi meets Abel, one of Earth's robotic mech warriors, she realizes that Abel himself may provide the key to Genesis' salvation. Abel is bound by his programming to obey her – even though her plan could result in his destruction. But Abel is no ordinary mech. He's a unique prototype, one with greater intelligence, skill and strength than any other. More than that, he has begun to develop emotions, a personality and even dreams. Noemi begins to realise that if Abel is less than human, he is more than a machine. If she destroys him, is it murder? And can a cold-blooded murder be redeemed by the protection of a world?

Stranded together in space, they go on a whirlwind adventure through Earth's various colony worlds, alongside the countless Vagabonds who have given up planetary life altogether and sail forever between the stars. Each step brings them closer – both to each other and to the terrible decision Noemi will have to make about her world's fate, and Abel's.

Most of the book was set in space with a lot of time spent travelling. Usually I grow bored of such settings pretty quickly but Defy the Stars was steeped in adventure and questions about ethics. I particularly loved the exploration of artificial intelligence versus humanity.

To what extent can AI inhabit spaces of humanity? Can AI develop agency, feel emotions and maybe even possess a soul? At what point is AI less machine and more human? These were just some of the many thoughts that ran through my mind as I read Defy the Stars. It both challenged and entertained me. That for me, is the mark of a very good book.

The plot was more linear than I had hoped. The mystery of Abel’s existence wasn’t quite as mysterious, in my opinion, as I figured it out pretty early on. Still, with several planets inhabited by humans who had varying technological developments and cultures, the excitement of Noemi and Abel’s voyage gripped me.

With the existence of Noemi’s planet, Genesis, on the line, I rooted for her and was curious how much she would have to sacrifice. There’s something about knowing the protagonist is prepared to face her own death so that others might live.