Disclosure: I received a review copy of Family and Other Catastrophes from HarperCollins, the publisher, in exchange for an honest review. This does not affect my opinion of the book or the content of my review. 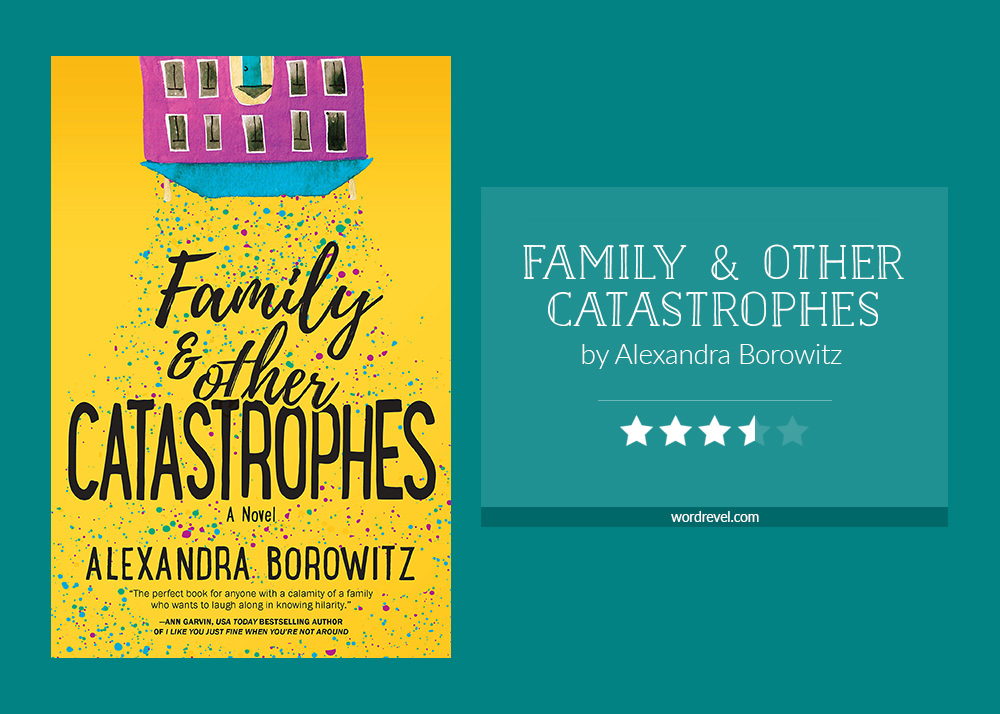 Emily Glass knows she’s neurotic. But she’s got it under control. Sort of. Thankfully, she also has David, the man she’ll soon call husband—assuming they can survive wedding week with her wildly dysfunctional family.

Emily’s therapist mother, Marla, who’s been diagnosing her children since they were in diapers, sees their homecoming as the perfect opportunity for long-overdue family therapy sessions. Less enthused are Emily and her two siblings: ardently feminist older sister, Lauren, and recently divorced brother, Jason.

As the week comes to a tumultuous head, Emily wants nothing more than to get married and get as far away from her crazy relatives as possible. But that’s easier said than done when Marla’s meddling breathes new life into old secrets. After all, the ties that bind family together may bend, but they aren’t so easily broken.

Good satire makes you laugh while simultaneously reflecting on the subject matters. Rooted in reality, it makes you wonder how serious these characters are (very) but then on second thought you realise that they’re world views are so black and white, they couldn’t be for real. With that in mind, Borowitz used satire very effectively in Family and Other Catastrophes. Emily was so neurotic but with the kind of mother she had, it kind of made sense. Her sister Lauren, was fully committed to feminist social activism, in stark contrast to their brother, Jason, who was a desperate divorcé and quite the sexist.

This whole combination of a family led to a lot of conflicts. At the beginning, I chuckled at their antics. As the days wore on, however, the exaggeration built up to the point that I wanted to rescue Emily from her wedding week.

Personally, I found Family and Other Catastrophes was way past funny in the final chapters but I couldn’t tear myself away because of what a spectacular train wreck these caricatures had caused.

Heart of the Matter

I think the most important takeaway point from the book is the importance of understanding nuance and sensitivity towards others. It’s about knowing where to draw a line because no matter how well-intentioned, you can still do a lot of harm. Lauren was so bent on not causing offence to oppressed voices and was so determined to give them voices that she failed to discipline her child in the name of personal and creative expression. Jason was so self-involved, he thought he knew all there was there to know about women’s desires. Their mother Marla, a therapist, knew that her adult children needed help but rather than reaching out with love a mother, she hid behind therapy sessions.

If you’re looking for a book to make you feel better about your own life and family, Family and Other Catastrophes will offer you a hilarious distraction. It’s so politically correct and yet so wrong, that schism will make you laugh-cry. My tolerance for that level of insensitivity, no matter how funny, is fairly low, though, so I couldn’t fully enjoy the book. To be fair, most people I know are in stitches whenever they watch America’s Funniest Home Videos. I, on the other hand, feel a lot of second-hand embarrassment and cringe for the people who got hurt, so there’s that.

Still, Family and Other Catastrophes makes for good social commentary and that’s what I mainly enjoyed it for.