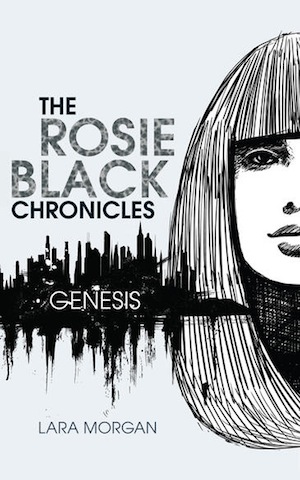 Five hundred years into the future, the world is a different place. The Melt has sunk most of the coastal cities and Newperth is divided into the haves, the “Centrals”; the have-nots, the “Bankers”; and the fringe dwellers, the “Ferals”.

Rosie Black is a Banker. When Rosie finds an unusual box, she has no idea of the grave consequences of her discovery. A mysterious organisation wants it – and will kill to get it.

Forced to rely on two strangers, Rosie is on the run. But who can she trust? Pip, the too attractive Feral, or the secretive man he calls boss?

From Earth to Mars, Rosie must learn the secrets of the box – before it’s too late.

Space and Mars aren’t usually my thing but when it comes to Genesis, it turns out that doesn’t really matter. In fact, that setting, along with Earth is what made this book all the more thrilling. Set 500 years into the future, enough humans have settled down on Mars that children are already born on that planet. Pip is one of them, which makes him stand out among the Ferals on Earth, although not any less menacing to Rosie, a Banker.

Since I don’t generally read books set in outer space, Genesis obviously offered something very different for me. I also appreciated that the setting wasn’t a gimmick but rather added to the plot as a whole. Written from a third-person omniscient view, I thought the characters needed to all be well-developed. Lara Morgan did not disappoint. Rosie is a believable character who as brave as she is, depends on the guidance of her elders, particularly her Aunt Essie. Pip in a way represents the typical brooding type, yet never fails to be full of surprises. Mr Yuang is a mysterious man who charming as a is, has many secrets to hide. Not to be outdone, Riley has many secrets of his own, making it difficult at first to pick any side, be it as Rosie or as the reader.

Throughout the book, I was completely kept on my toes. Although by the time I was done, I was convinced that Lara Morgan is a fan of Murphy’s Law. Anything that could go wrong, just had to go wrong, so that was a bit much for me. I like happy books but sadly they don’t build up as much tension. So I do have to concede, this is what builds conflict and that is why I couldn’t stop reading. I had to know how they all would work through these obstacles to reach their goals.

I feel like I should say more but I’ve already jumped right into the next book in the trilogy, so I don’t want to accidentally spill any spoilers. All I can say is, do try to pick up this book if you can. It might be difficult to find for those not living in Australia but hunting it down is well worth the extra effort!