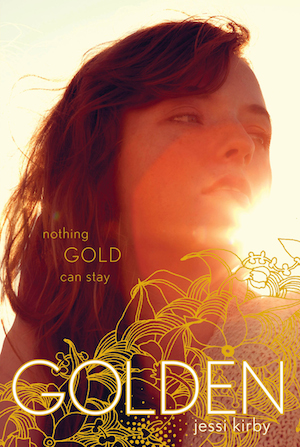 Seventeen-year-old Parker Frost has never taken the road less traveled. Valedictorian and quintessential good girl, she’s about to graduate high school without ever having kissed her crush or broken the rules. So when fate drops a clue in her lap—one that might be the key to unraveling a town mystery—she decides to take a chance.

Julianna Farnetti and Shane Cruz are remembered as the golden couple of Summit Lakes High—perfect in every way, meant to be together forever. But Julianna’s journal tells a different story—one of doubts about Shane and a forbidden romance with an older, artistic guy. These are the secrets that were swept away with her the night that Shane’s jeep plunged into an icy river, leaving behind a grieving town and no bodies to bury.

Reading Julianna’s journal gives Parker the courage to start to really live—and it also gives her reasons to question what really happened the night of the accident. Armed with clues from the past, Parker enlists the help of her best friend, Kat, and Trevor, her longtime crush, to track down some leads. The mystery ends up taking Parker places that she never could have imagined. And she soon finds that taking the road less traveled makes all the difference.

Golden left me a little torn. On one hand, I really enjoyed it but on the other, it left me feeling unmoved. The prose was beautiful. The introspectiveness of it pulled me right in when I opened the book and read the first few pages.

Eventually, the prose wasn’t enough anymore. Not when the plot became thicker and there were promises of more things to come. These promises were left unfulfilled for me. I predicted what the ending would be by the time I had read about a third of the book. The more I continued reading after that, the more restless I felt because my suspicions were confirmed one after the other. Had I expected a day-to-day kind of story or one that was more about the philosophical ruminations of life, I wouldn’t have minded so much. As it is, I was left cold by the time I closed that book.

As a story-within-a-story, I must say, Golden definitely delivers. Parker came across a journal that Julianna, a former student at her high school had written ten years prior. Since Parker was to mail this whole stack of journals to their rightful owners, that was to be expected. Except, Julianna was dead. Julianna and her boyfriend, Shane had been in a car accident at Summit Lake, their bodies never to be recovered, as the streams must have washed them away on that fateful winter day.

Basically, Julianna’s journal entries propelled the plot forward. Her worries were all too familiar to Parker. Parker too was a graduating senior, afraid of what she would encounter once she was done with high school. Would she make it to Stanford? What about Kate? Her best friend didn’t want to leave town after high school. Things were going to be vastly different. Reading Julianna’s journal thus brought out a whole lot more worries for Parker.

Was Parker making the most out of her life? Sure, she was the valedictorian. She had made it to the final round for a scholarship selection. But she wasn’t sure if that was enough. Not with Kat constantly on her case about what a boring and dependable person she was. Things needed to be different, so Kat challenged to do one unexpected thing before graduation.

Then there was Trevor. For years he had been trying to flirt with Parker. Yet Parker didn’t pay him all too much attention. Somehow things changed though and Parker started noticing him. Well, with Kat’s prodding. Kat was convinced that Parker was interested in Trevor, just that she wasn’t admitting it. Either way, their budding romance didn’t interest me all too much. Sure, it wasn’t instalove per se, since they had known each other for years. Yet, I didn’t see much of a basis for it either, since Parker didn’t exactly show any interest in investing herself even when Kat pushed her to it.

Bottom line, if you’re looking for good prose, then Golden should be on your radar as your next read.