Disclosure: I received a review copy of I Want to Go Home from Math Paper Press, the publisher, in exchange for an honest review. This does not affect my opinion of the book or the content of my review. 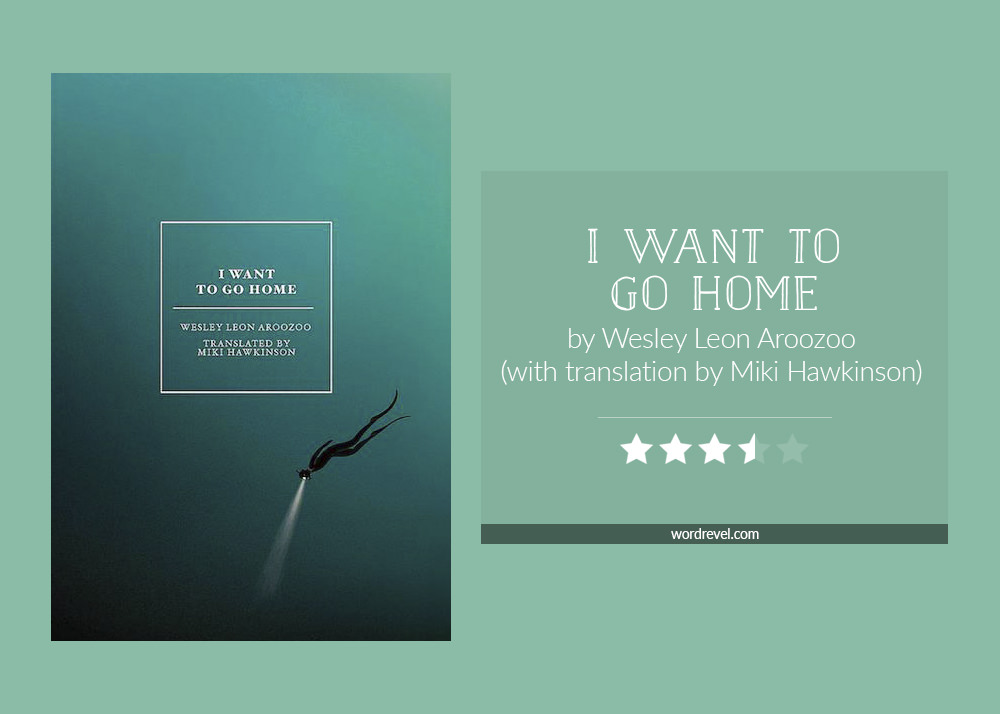 On the 11th of March, 2011, Yasuo Takamatsu lost his wife to the tsunami during the Great East Japan earthquake. Since that fateful day, he has been diving in the sea every week in search for her.

Compelled and inspired to share his story, I Want To Go Home is a journey from Singapore to Onagawa through the lens of the intrigued to meet him. Of unlikely friendships across borders and languages; to share a man’s loss, recovery and determination to reunite with his wife.

The novel's feature film (also titled I Want To Go Home) has also been selected for the 2017 부산국제영화제 Busan International Film Festival (BIFF). This book also includes a Japanese translation by Miki Hawkinson.

A Book and a Documentary

I Want to Go Home is a little different from most non-fiction books because the same material was used to produce a companion documentary with the same title. I’ve not watched the documentary but I did view the trailer. Based on the synopsis and the trailer, I expected the subject of I Want to Go Home to be Mr Takamatsu. As I read the book, however, I found this not to be the case.

The focus of I Want to Go Home was more on the author, Aroozoo. The journey started in Singapore with Aroozoo’s preparations before heading to Japan with a former student as a videographer, and an interpreter. It’s because of this framing that Aroozoo naturally morphed into the subject over Mr Takamatsu.

Aroozoo segued a lot into vignettes of his thoughts and reflections throughout his journey. I generally enjoyed these as they provided insight into who he was as person. Sometimes the connections to both Mr Takamatsu and his story, as well as Aroozoo’s present circumstances were tenuous. I wasn’t sure what the point of these were. Perhaps he meant to show the randomness our minds pursue at times?

It took a few chapters before Mr Takamatsu was finally introduced. He seemed like a delightful person to meet. It was interesting to read about how he came to dive. His forlorn but positive outlook on life after loosing his wife to a tsunami made me think more about my own life and what I wish to achieve, much in the same way the author thought about his.

How I Felt About this Book

I just wish that I had felt more invested in I Want To Go Home. While reading, I felt detached, and was easily distracted. I had a hard time focusing on more than a few chapters at a time. When it came to the second half, I forced myself to read to the end, not allowing myself to get up until I read the last line. That’s something I’m quite sad about because Mr Takamatsu’s story isn’t one to take lightly.

After mulling more over I Want to Go Home, I realised that this detachment stemmed from an incongruence in expectations. I thought I would learn a great deal more about Mr Takamatsu, his life before and after the tsunami, his discoveries while diving, etc. Compared to the insights I gleaned about Aroozoo, they read as more bare-boned. This gave rise to an imbalance that unsettled me. It made me feel less invested in the book than I think I should’ve been.

In the end, the photos in the centrefold alleviated the dissonance I felt a little. They had a certain calm about them, so I bumped up my rating from 3 to 3.5 stars. You can tell from the photos that a lot of planning and heart went into this project. Besides, Aroozoo’s writing style did fit the memoir well.