Disclosure: I received a review copy of Ponti from Pansing Books, a regional distributor, in exchange for an honest review. This does not affect my opinion of the book or the content of my review. 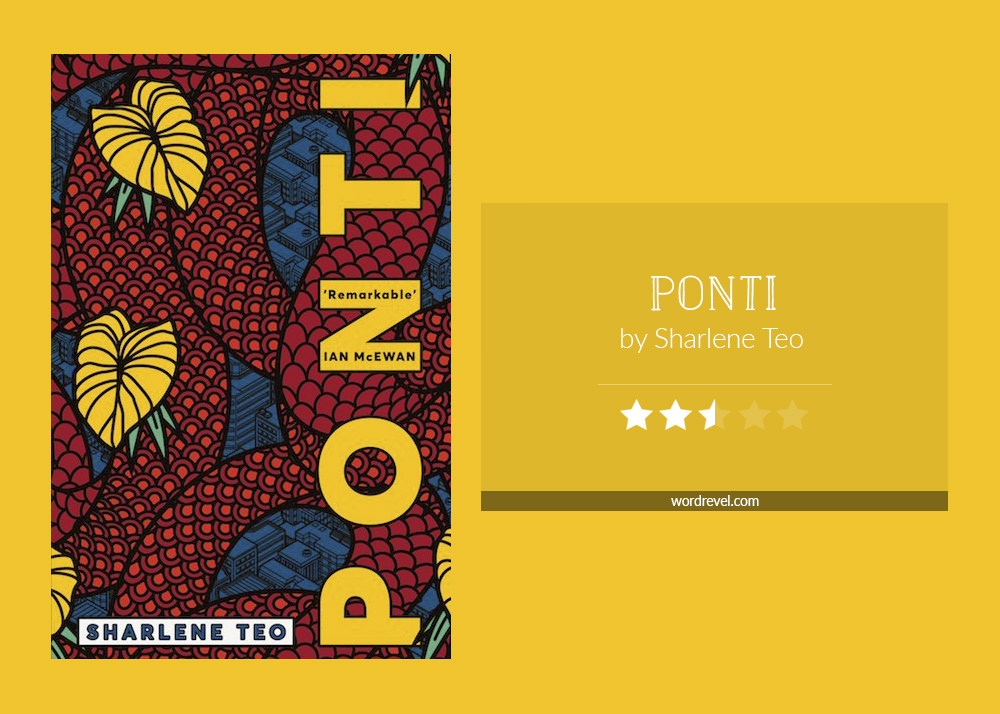 2003. Singapore. Friendless and fatherless, sixteen-year-old Szu lives in the shadow of her mother Amisa, once a beautiful actress and now a hack medium performing séances with her sister in a rusty house. When Szu meets the privileged, acid-tongued Circe, they develop an intense friendship which offers Szu an escape from her mother’s alarming solitariness, and Circe a step closer to the fascinating, unknowable Amisa.

Seventeen years later, Circe is struggling through a divorce in fraught and ever-changing Singapore when a project comes up at work: a remake of the cult seventies horror film series ‘Ponti’, the very project that defined Amisa’s short-lived film career. Suddenly Circe is knocked off balance: by memories of the two women she once knew, by guilt, and by a past that threatens her conscience . . .

Told from the perspectives of all three women, Ponti by Sharlene Teo is an exquisite story of friendship and memory spanning decades. Infused with mythology and modernity, with the rich sticky heat of Singapore, it is at once an astounding portrayal of the gaping loneliness of teenagehood, and a vivid exploration of how tragedy can make monsters of us.

Sharlene Teo writes well and chooses her words very precisely. Her prose is at once cutting, yet atmospheric, which fit Ponti well. Teo’s very talented and the years of hard work she put into honing her craft are evident in her debut novel.

There are three time settings — 1970s, 2003 and 2020. Each focuses on a different character. These three characters’ lives intersect in 2003 but rather than building up towards something, each chapter offers a vignette into different points in time.

The year I naturally felt most drawn to was 2003; not just because that’s the time the three characters where in the same time space. 2003 was my second year living in Singapore. Schools closed down for a month due to SARS. Several landmarks that exist today were barren land back then. So yes, it was nostalgic revisiting what life was like in 2003. It was also fascinating to go further back to 1970. I think Ponti did embody the dynamism of this tiny city-state.

However, the storytelling came together like scenes randomly pulled out of a movie reel, making it rather disjointed. There were a lot of gaps that aren’t so easily filled by the reader’s imagination due to lack of context. I couldn’t find answers to questions that the first few chapters raised, which bothered me. In some ways, that’s a reflection of the characters and how their relationships panned out. Still, things were too open-ended for me to be satisfied with Ponti at the end.

As immersed as I was in a number of the individual chapters, they didn’t link up to to one single entity of a story. That’s probably why I feel indifferent. Then again, maybe it’s the genre of literary fiction that Ponti squarely fits into that I’m not adequately accustomed to.