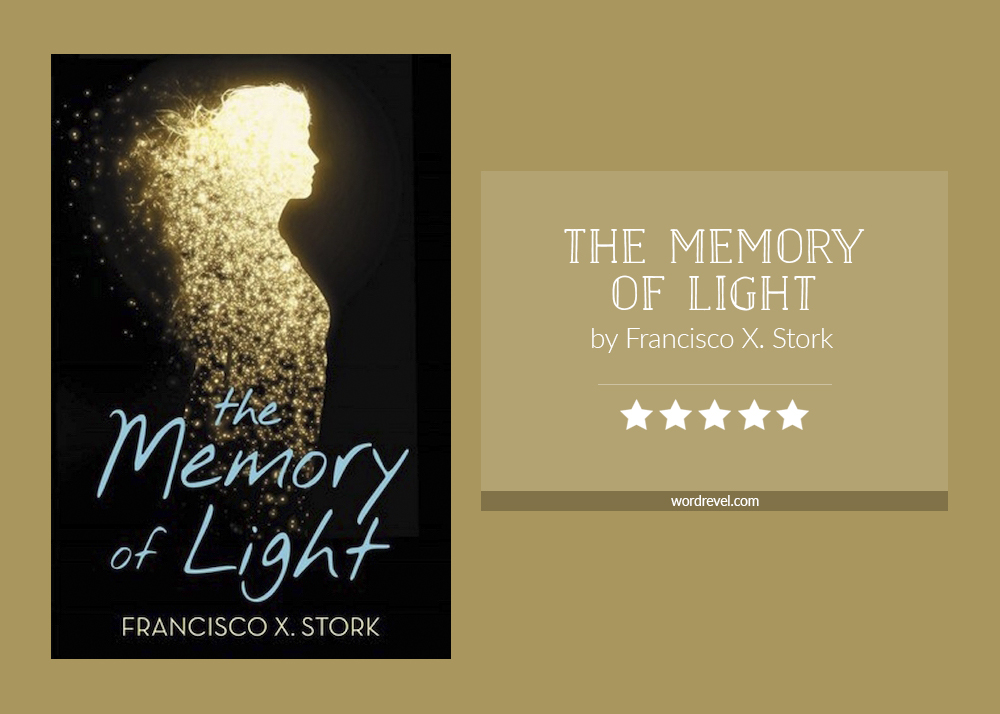 When Vicky Cruz wakes up in the Lakeview Hospital Mental Disorders ward, she knows one thing: She can’t even commit suicide right. But for once, a mistake works out well for her, as she meets Mona, the live wire; Gabriel, the saint; E.M., always angry; and Dr. Desai, a quiet force. With stories and honesty, kindness and hard work, they push her to reconsider her life before Lakeview, and offer her an acceptance she’s never had.

But Vicky’s newfound peace is as fragile as the roses that grow around the hospital. And when a crisis forces the group to split up, sending her back to the life that drove her to suicide, Vicky must try to find the strength to carry on. She may not have it. She doesn’t know.

Inspired in part by the author’s own experience with depression, The Memory of Light is the rare young adult novel that focuses not on the events leading up to a suicide attempt, but the recovery from one — about living when life doesn’t seem worth it, and how we go on anyway.

The Memory of Light is such an excellent book. It’s not excitingly adrenaline-pumping, although there are some intense moments. On the contrary, it’s an exceedingly introspective book dealing with the realities of mental illness. It portrays the complexities of mental health and the difficulties of diagnosing and treating those who are mentally ill.

In the aftermath of Vicky’s attempted suicide, we learn of how she comes to terms with her depression. The subject matter and the authority with which Francisco X. Stork related this story is why I think everyone should read The Memory of Light.

The lyric prose pulled me into Vicky’s mind. Playing with words is her thing, so it’s only befitting that she should love poetry. The verses of poems she writes and reads show her state of mind through imagery that technical explanations often can’t. There’s talk of her clouded mind and how negative thoughts seep through her brain like a sticky substance, preventing elves working to transport positive thoughts from delivering them; that because of this, thoughts of dying can take root and if everything becomes bleak, she might want to take her own life again.

She aptly notes at some point in the book that it’s funny how we need images to explain mental illness. That’s exactly what The Memory of Light portrays: the feelings of depression and the senselessness that comes with it. There’s no one specific reason to want to die but rather a complete apathy towards everything.

Despite the beauty with which The Memory of Light portrays Vicky’s depression, not once does it romanticise it. The difficulties that Vicky faces after she wakes up in the hospital and undergoes treatment are completely laid bare.

Throughout The Memory of Light Vicky’s father and stepmother have difficulty understanding what it means for Vicky to be depressed. Her father is convinced that it can be cured with drive, goals and eventual achievement. He doesn’t understand that an illness of the mind cripples a person’s ability to function normally without professional guidance. I think that that’s representative of the ignorance that permeates our society regarding depression.

Dr. Desai’s heavy involvement in The Memory of Light is critical in making it clear to readers that professional care is critical. The discussions on how to help Vicky get better and learn to manage her depression show that depression doesn’t go away. Yet, it doesn’t have to undermine one’s quality of life, provided it’s addressed properly.

The Spectrum of Mental Illness

What The Memory of Light especially does well is demonstrate that mental illness exists on a spectrum. Just because someone gets better, it doesn’t mean they are recovered. Conversely, appearing normal doesn’t necessarily mean everything is alright. When Vicky’s friend, Mona doesn’t take her medication, she has the potential to act out in view of her bipolar disorder. Schizophrenia is marked by moments of lucidity during which a person appears to be completely sane. The severity varies from person to person, as do the symptoms and causes.

That spectrum is something which is important to know in order to be able to spot symptoms of mental illness. The Memory of Light might be a work of fiction but it is completely honest in portraying intricacies such as these.

Amidst the Heavy Topic, I Liked the Characters too

Mental Illness is the main theme of The Memory of Light but it’s not the only one. Family and friendship matter a great deal too. For Vicky, these are sensitive matters and treated accordingly in the course of the book. Balancing her family and friends against her mental well-being proves to be tough. Regardless of whether one is healthy or not, these can be difficult to handle, particularly when you don’t see eye to eye. On that front, I must say The Memory of Light is incredibly layered.

Bottomline: read The Memory of Light! You won’t regret it.