Disclosure: I received a review copy of The State of Grace from Pansing Books, a regional distributor, in exchange for an honest review. This does not affect my opinion of the book or the content of my review. 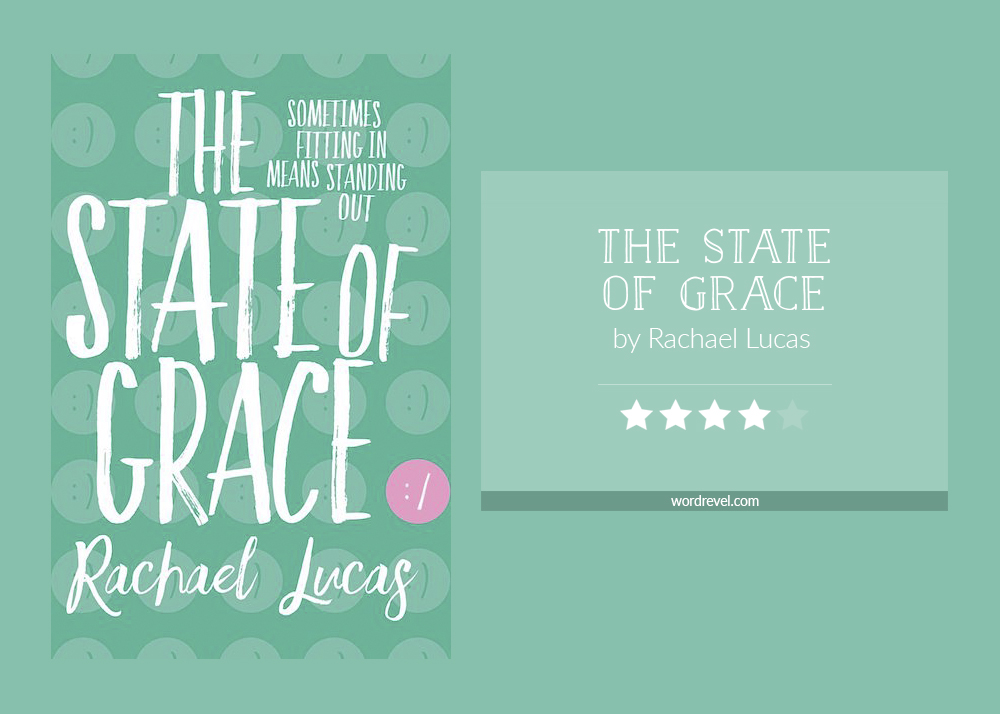 Sometimes I feel like everyone else was handed a copy of the rules for life and mine got lost.

Grace has Asperger's and her own way of looking at the world. She's got a horse and a best friend who understand her, and that's pretty much all she needs. But when Grace kisses Gabe and things start to change at home, the world doesn't make much sense to her any more. Suddenly everything threatens to fall apart, and it's up to Grace to fix it on her own.

Whip-smart, hilarious and unapologetically honest, The State of Grace by Rachael Lucas is a heart-warming story of one girl trying to work out where she fits in, and whether she even wants to.

I liked reading The State of Grace. Usually I find books under 300 pages sacrifice depth of characters. For this book, the lower page count wasn’t an issue at all. Rachael Lucas knew exactly what her story was and knew exactly where she was going with it. I found The State of Grace to be focussed and intentional in telling Grace’s story. It’s a book that embraces neurodiversity — something that I’ve not come across all that much in YA fiction.

While I’ve had friends with Asperger’s Syndrome/autism, and knew that they struggled with social interactions, I didn’t realise how drained they could feel at the end of the day. Reading The State of Grace changed that. The author based this book on her own experiences, allowing her to fully capture thoughts that run through Grace’s mind. It was interesting seeing things through Grace’s perspective, how she perceives her surroundings, as well as reading about her general thought processes.

Anna’s friendship with Grace moved me as did seeing how Grace finds solace with her horse, Mabel. Reading about best friends who genuinely care for each other are always a joy. Also, The State of Grace proves that authors need to include animals way more often. That aside, the State of Grace is a markedly character-driven book. The plot is pretty straight-forward. Though there’s not much that kept me on the edge of my seat, there are some parts that still give rise to plenty of excitement.