Disclosure: I received a finished copy of These Shallow Graves from Pansing Books, a regional distributor, in exchange for an honest review. This does not affect my opinion of the book or the content of my review. 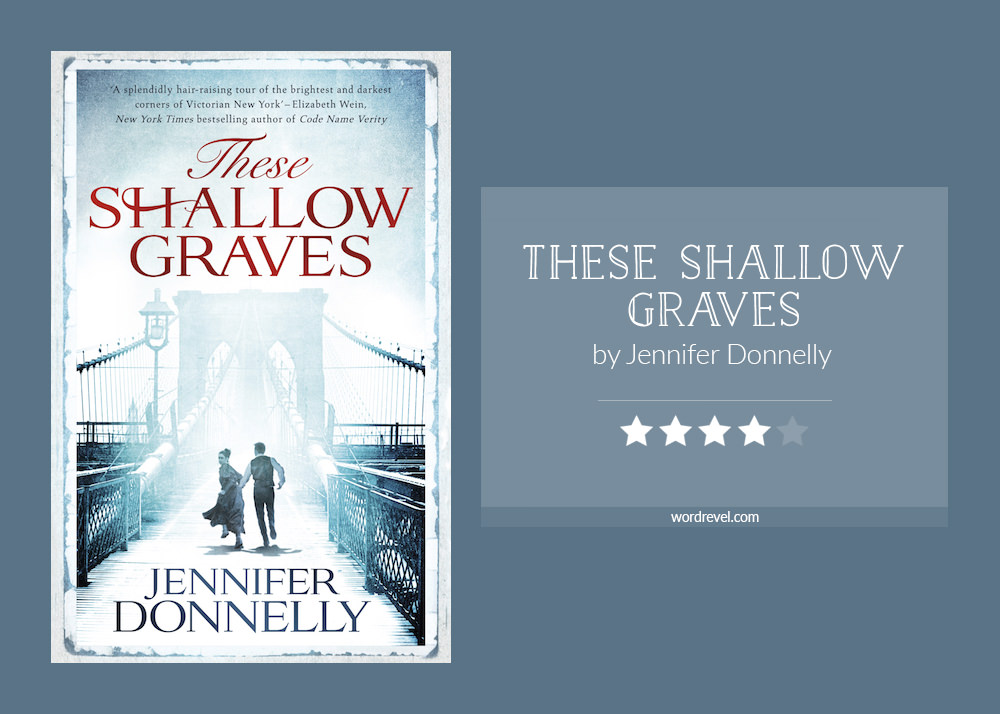 A wealthy family. A deadly secret. A young woman with more to lose than she knows.

Josephine Montfort is from one of New York’s oldest, most respected, and wealthiest families. Like most well-off girls of the Gilded Age, her future looks set – after a finishing school education, she will be favourably married off to a handsome gentleman, after which she’ll want for nothing. But Jo has other dreams and desires that make her long for a very different kind of future. She wants a more meaningful and exciting life: she wants to be an investigative journalist like her heroine Nellie Bly.

But when Jo’s father is found dead in his study after an alleged accident, her life becomes far more exciting than even Jo would wish. Unable to accept that her father could have been so careless, she begins to investigate his death with the help of a young reporter, Eddie Gallagher. It quickly becomes clear he was murdered, and in their race against time to discover the culprit and his motive, Jo and Eddie find themselves not only battling dark characters on the violent and gritty streets of New York, but also their growing feelings for each other.

When mystery meets historical fiction, you can be almost certain that the book will be exciting. This was definitely the case for These Shallow Graves. The moody 19th century setting fit perfectly with the murder mystery plot.

Some might feel that the mash-up of historical fiction, mystery, and romance is overwhelming and a bit too much. Personally, I didn’t think so. Most everything fit together quite purposefully, all while keeping on track with the overarching plot. The sub-plots were woven in artfully, which gave These Shallow Graves a lot of depth.

The characters were well-developed, and that goes for both main and side characters. I could easily imagine the conversations and actions unfolding. The relationship between Jo and Eddie particularly pulled me in as he respected her on every front. Although, when it came to romance, I wasn’t entirely won over. In any case, the atmosphere carried throughout the book to the point that the tension gripped me every time.

Jo could be exceedingly naïve at times (as many upper class girls in the late 19th century would’ve been), which added variety with the situational comedy. This contrasted well with more sombre moments, such as when violence escalated and veered into graphic descriptions.

Despite some gory scenes and high tension, I didn’t think These Shallow Graves was all too creepy. If you’re like me and aren’t a fan of horror and hardcore thrillers, you’ll find that These Shallow Graves got the balance of heart-stopping and lighter situations just right. This makes it great for cozying up on dark and rainy days.