Disclosure: I received a finished copy of Wing Jones from Pansing Books, a regional distributor, in exchange for an honest review. This does not affect my opinion of the book or the content of my review. 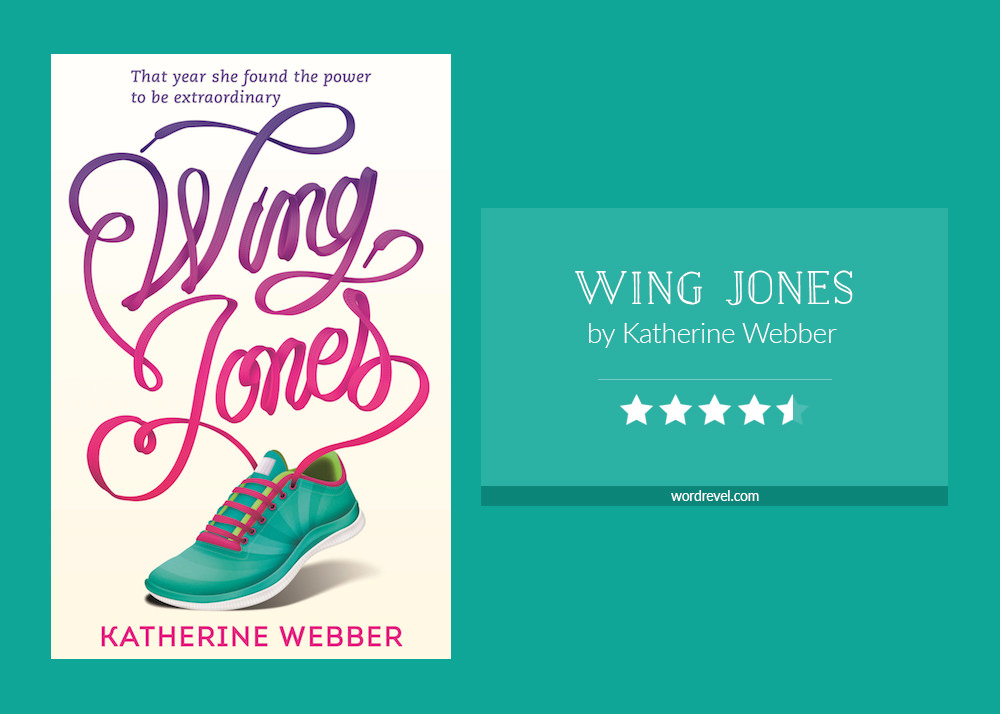 With a grandmother from China and another from Ghana, fifteen-year-old Wing Jones is often caught between worlds. But when tragedy strikes, Wing discovers a talent for running she never knew she had. Wing's speed could bring her family everything it needs. It could also stop Wing getting the one thing she wants.

In many ways, Wing Jone is the book that I’ve been searching for for half my life. (I’m in my mid-twenties, so that’s not an exaggeration.) See, I’m of biracial descent. Even though I’ve sought books with biracial protagonists all my life, I’ve come across very few. Combine that with sports, one of my many passions, and odds of finding such a book plummet to near zero. Then Wing Jones came along and that book made my heart sing.

Identifying as a Biracial Person

Katherine Webber captured what it means to live with multiple racial identies on a day-to-day basis exceedingly well. I loved how she noted the little things like double-takes from strangers when it dawns on them who the grand- and/or parent(s) are and that they’re related to children who might not even look like them.

There also is the fusion of food within a household, and the warring cultures over personal conduct, the expectations and sometimes even the appearance of a biracial child. Oh, and don’t get me started on how no hairdresser has the right products to deal with hair besides a pair of scissors.

In the face of Wing’s biracial identity, however, Webber refrained from politicising her existence. That’s something I appreciated. Being of mixed racial descent doesn’t always have to fuel identity discussions. Sometimes it’s nice to read books that take our humanity for granted.

Wing and her family existed like any other family and had their struggles, which were much more immediate to them. These struggles were very real, and made me tear up for a good part of the book. I spent a lot of time blinking rapidly in the MRT (or subway), just so that the years wouldn’t fall and fellow commuters wouldn’t stare at me.

Discovering the Love for Running

Also, this book focused on student athleticism, specifically running. I ran cross-country and track in 12th grade as well. Not because I wanted to but because I had the talent and was among the fastest runners in my school. That placed a lot of expectation and pressure upon me but eventually I came to enjoy the thrill of racing. Reading a book that focused on the sport, including the training schedule meant a lot to me.

There aren’t enough YA book on female athleticism, and given the stigma many girls face about bulking up, sports not being lady-like, and such, this is so important. Where I live, I’ve seen many girls as well as young women in their early 20s give up their beloved sports at the behest of family members, relatives and even partners who gave them ultimatums. That’s why I think it’s so important to support female athleticism in every way possible.

Where’d the Last Half Star Go?

As much as I loved Wing Jones, I felt that the concluding chapters wrapped things up too quickly. Yes, the questions were answered, and the resolution addressed most matters but the pacing became rather clipped compared to the rest of the book. Overall, though, the writing was great and fitting of the story.

In any case, I connected to this book all the more because I finally saw so many pieces of myself embedded in that book. I wish I’d had that when I was 16 and encountered parents who didn’t like me simply because I wasn’t the same race as them and their children; parents who preferred that their children not be so close to me because I was too dark, didn’t speak their language, and didn’t celebrate the same holidays. A book like this would’ve reinforced my self-worth. I sincerely hope that it will do exactly that for other biracial teens who get to read Wing Jones.