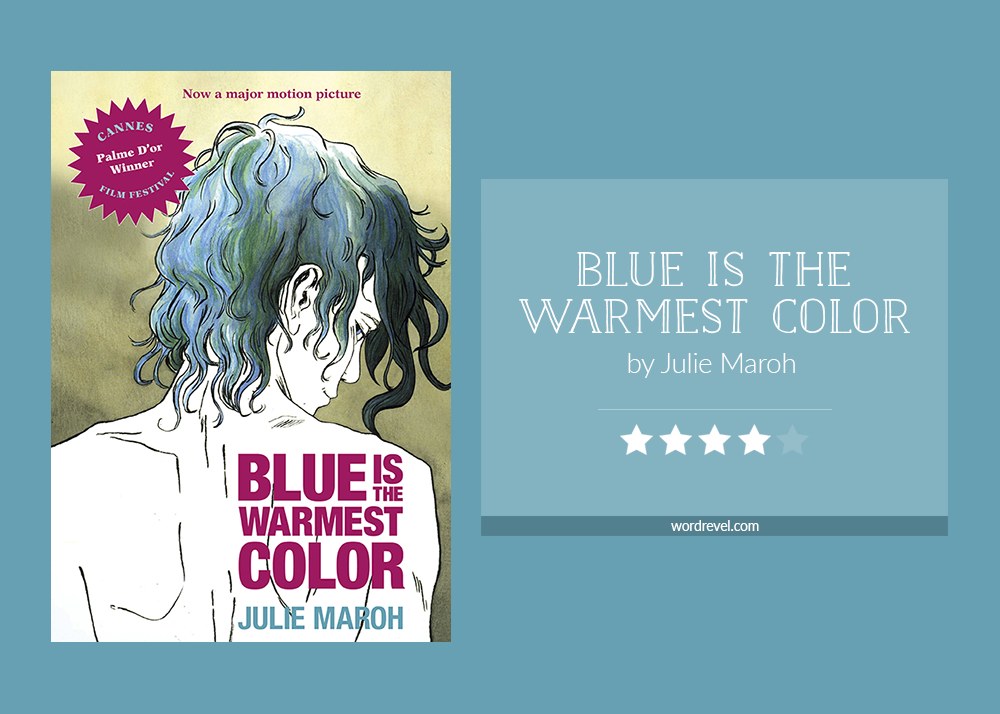 In this tender, bittersweet, full-color graphic novel, a young woman named Clementine discovers herself and the elusive magic of love when she meets a confident blue-haired girl named Emma: a lesbian love story for the ages that bristles with the energy of youth and rebellion and the eternal light of desire.

First published in France by Glénat, the book has won several awards, including the Audience Prize at the Angoulême International Comics Festival — Europe’s largest.

Death of the Main Character

Right from the first beginning we’re told that the main character, Clementine is dead. We relive her life through her diary entries. It was evident right from the start that Blue is the Warmest Color is a sad book but it wasn’t cheapened by shocking anyone with Clementine’s death. No, this graphic novel focused on the journey. In doing so, it shed light on her hopes and dreams, and struggles and despair.

Set in 1990s France, homosexuality was still broadly frowned upon. It is against that backdrop that Blue is the Warmest Color dealt with what it means to deal with prejudices against loving someone. Clementine went through a very confusing time, afraid to talk to anyone about it. This allowed for a lot of introspection, as she questioned herself and her feelings, and yearned to fall in love with a guy.

Blue is the Warmest Color was honest in its exploration of what love is. It wasn’t simply about LGBT rights. It could’ve very well been about a heterosexual couple. Perhaps, that was the point — to show what love is, regardless of who is involved. It’s painful to love someone whom your parents, and even friends will never accept. It cuts deeper when as a result, you try to be someone you know you’re not. The emotions that Clem battled with because she found herself in that situation cut right through to me and eventually led me to a lot of tears.

The first half of the graphic novel was excellently laid out. It was very meticulous in its treatment of Clem’s experiences. Sadly, that tapered out towards a very abrupt end. I’m not sure if that was a representation of Clem’s state of mind but to me, that left quite a gap in the story.

Besides the imbalanced plot progression, the translation from French to English wasn’t as tight as it should have been. One example would be the imprecise translation of the phrase, mon cœur. This was translated very literally as, my heart, when it actually was meant as a term of endearment, such as my love, my dear, my sweetheart, etc.

This means that the translator wasn’t entirely concerned with accuracy. That’s why I can’t help but wonder how much was lost in translation. I didn’t have the original French edition with me to compare. Yet if something so simple as my heart stood out to me, maybe a second translator needs to assist in a revised edition.