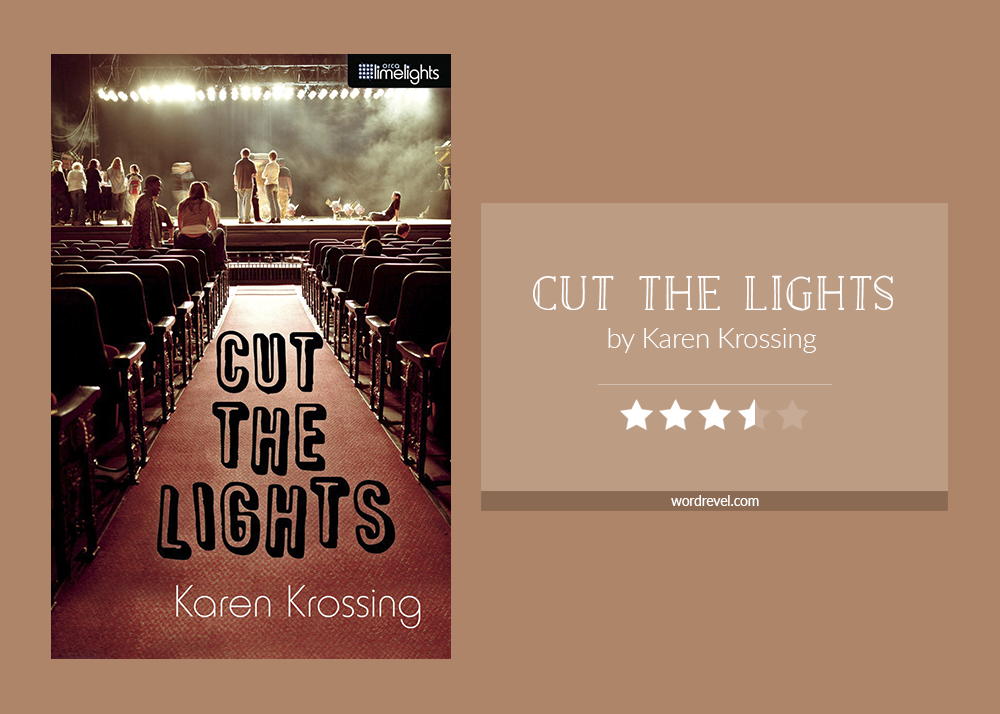 Briar has a vision for the one-act play she's been chosen to direct at her performing arts high school. She's going to create a masterpiece. If only everyone involved in the production shared her vision. Her leading lady is gifted but troubled, her leading man has a crush on the leading lady, her stage manager doesn't have a clue, and her best friend, who wrote the play, is worried that Briar's production is cursed. As Briar struggles to motivate her cast and crew, she learns some important truths about the fine art of directing—and about herself.

When it comes to contemporary fiction, I love books with protagonists who have ambition and passion for something. Cut the Lights fully delivered in that department. Drama and theatre were the main focus and very little detracted from that. I think in part that stemmed from the shortness of the book. The length didn’t allow for much else beyond theatre, which means there were no unnecessary distractions.

The reason I wanted to read Cut the Lights was knowing that it was all about the stage. As a former theatre student, I will read almost anything involving drama. That’s why I didn’t realize at first that perhaps this book was written with a relatively younger reader in mind. Nonetheless, I think that there’s something to be gained from reading this, regardless of whether you’re 14 or past the YA age group.

With its simple style of writing Cut the Lights was much more concerned with relationships between characters as well as personal struggles such as stress. Sure, I would’ve liked for a longer book, so that I would’ve had more time to actually become invested in the characters. However, it did reflect some of the realties that I witnessed during my theatre days. View Spoiler »Overworking and letting excessive stress lead to depression isn’t something that’s often talked about in books. Yet this was something I witnessed in secondary school more often than I care to count. This was especially true for some of my theatre course mates because our workload exceeded that of many other students. « Hide Spoiler

One thing I especially liked was how the chapters were laid out. Each section started with pseudo-stage directions to introduce the setting, just how scenes are set in plays. It was a neat little touch to underscore the plot engaged in theatre.

Another thing I noticed while reading was the Canadian setting. Turns out the author is Canadian. Seeing how most of the books I read are written by British and American authors with a sprinkle of Australian ones, it was a welcome discovery. If like me you’re trying to read more books from authors all around the world, this might be an added incentive to pick up Cut the Lights.