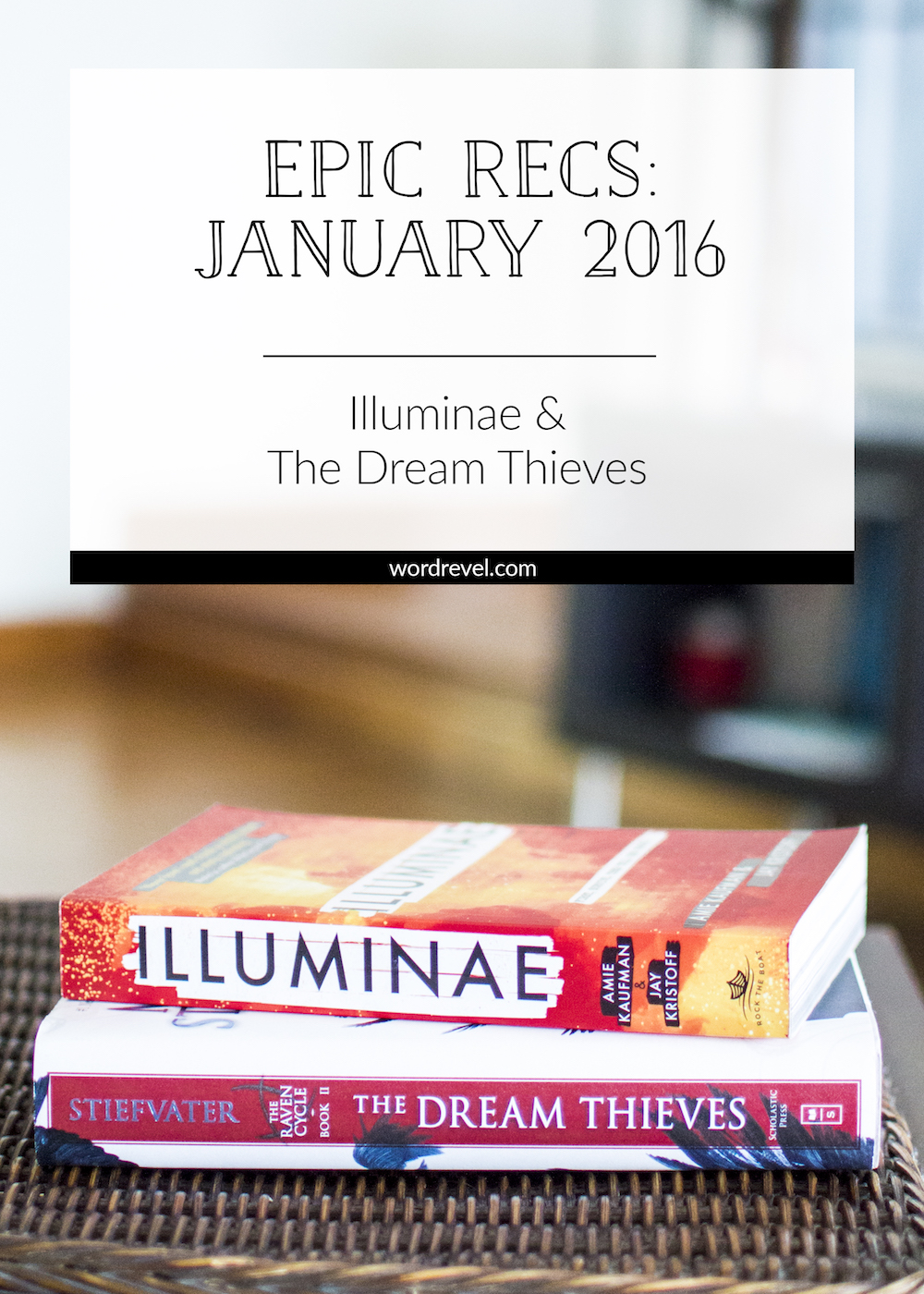 It’s been so many months since Hazel and I joined up for Epic Recs. We didn’t forget about it though! We were just pre-occupied with other matters. To celebrate the new year we looked over each other’s TBR piles last month and pulled out titles we each thought the other should prioritise and read this month.

@wordrevel I think I found my pick for you. ILLUMINAE is EPIC, Joséphine. Are you up for it?

@staybookish Have you read The Dream Thieves? It's my favourite of the 3 TRC books published so far. If not, that's my epic rec for you! :D

As you can tell, we’re both excited about the books we’re pushing and equally excited to get to them. With The Raven King publishing in April, it’s about time Hazel reads the sequels leading up to it. That’s why I picked The Dream Thieves by Maggie Stiefvater. Had to be done!

Illuminae by Amie Kaufman & Jay Kristoff looks really interesting due to the experimental approach towards the writing, so I’m really curious how everything’s been put together to form a cohesive story.

What do you think of our epic recs?

Epic Recs is a feature hosted by Amber at Books of Amber and Judith at Paper Riot. It’s an informal book club of sorts, where it’s all about the book pushing. And reading, of course. Pick a partner or request a partner through Amber and Judith to join in the fun.