Disclosure: I received a review copy of Girls Made of Snow and Glass from Pansing Books, a regional distributor, in exchange for an honest review. This does not affect my opinion of the book or the content of my review. 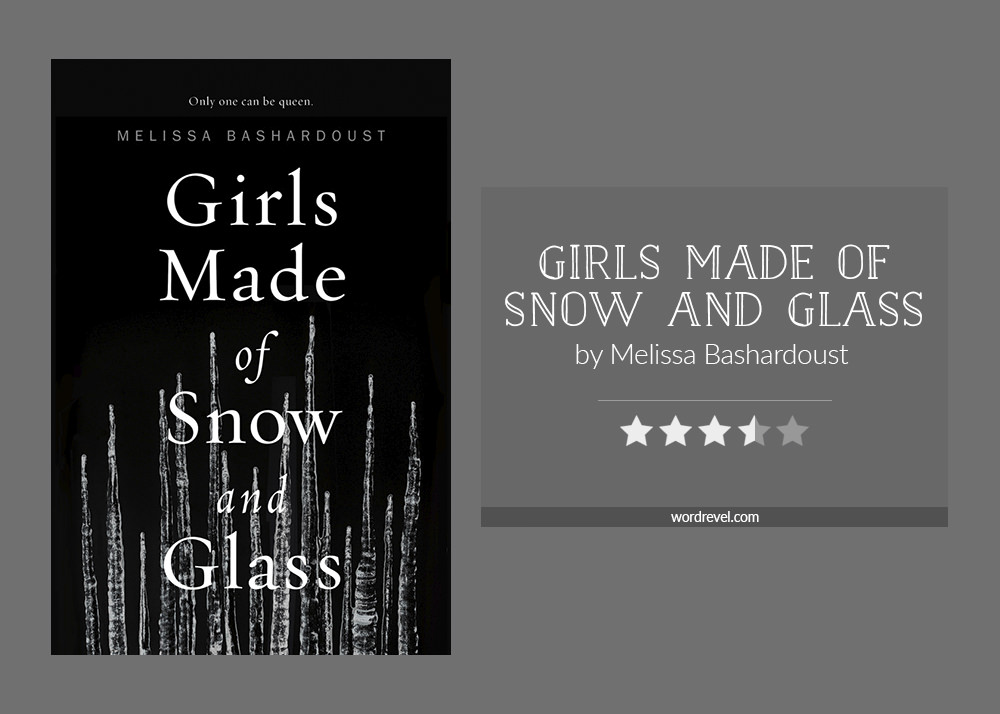 At sixteen, Mina's mother is dead, her magician father is vicious, and her silent heart has never beat with love for anyone—has never beat at all, in fact, but she’d always thought that fact normal. She never guessed that her father cut out her heart and replaced it with one of glass. When she moves to Whitespring Castle and sees its king for the first time, Mina forms a plan: win the king’s heart with her beauty, become queen, and finally know love. The only catch is that she’ll have to become a stepmother.

Fifteen-year-old Lynet looks just like her late mother, and one day she discovers why: a magician created her out of snow in the dead queen’s image, at her father’s order. But despite being the dead queen made flesh, Lynet would rather be like her fierce and regal stepmother, Mina. She gets her wish when her father makes Lynet queen of the southern territories, displacing Mina. Now Mina is starting to look at Lynet with something like hatred, and Lynet must decide what to do—and who to be—to win back the only mother she’s ever known… or else defeat her once and for all.

Entwining the stories of both Lynet and Mina in the past and present, Girls Made of Snow and Glass traces the relationship of two young women doomed to be rivals from the start. Only one can win all, while the other must lose everything—unless both can find a way to reshape themselves and their story.

Girls Made of Snow and Glass is a retelling of retellings, a simulacrum if you will. After all, it was inspired by Frozen, Snow White and the Huntsman and The Bloody Chamber. Despite the extent to which this book was built on multiple stories, I thought the world building as well as the plot showcased Bashardoust’s creativity. The setting in particular, charmed me, and I loved how well it was woven together with the overarching plot.

Occasionally, I also found some of the word choices odd, especially in relation to similes. Most of all, I wish the prose would’ve better reflected the varying atmospheres. That led to a slight disconnect for me, as I didn’t feel all too emotionally invested in the characters’ sadness, anger, happiness, and so forth.

In any case, I liked how the magic system was set up and connected to specific elements. The explorations of various kinds of love, what constitutes life, how consciousness affects humanity were all very thought-provoking as well. Sadly, towards the end, I felt like an entire chapter had been ripped out of the book. The bridge between the climax and resolution was missing, in that the happily ever after of a fairy tale was nearly taken for granted.