Disclosure: I received a review copy of King of Scars from Pansing Books, a regional distributor, in exchange for an honest review. This does not affect my opinion of the book or the content of my review. 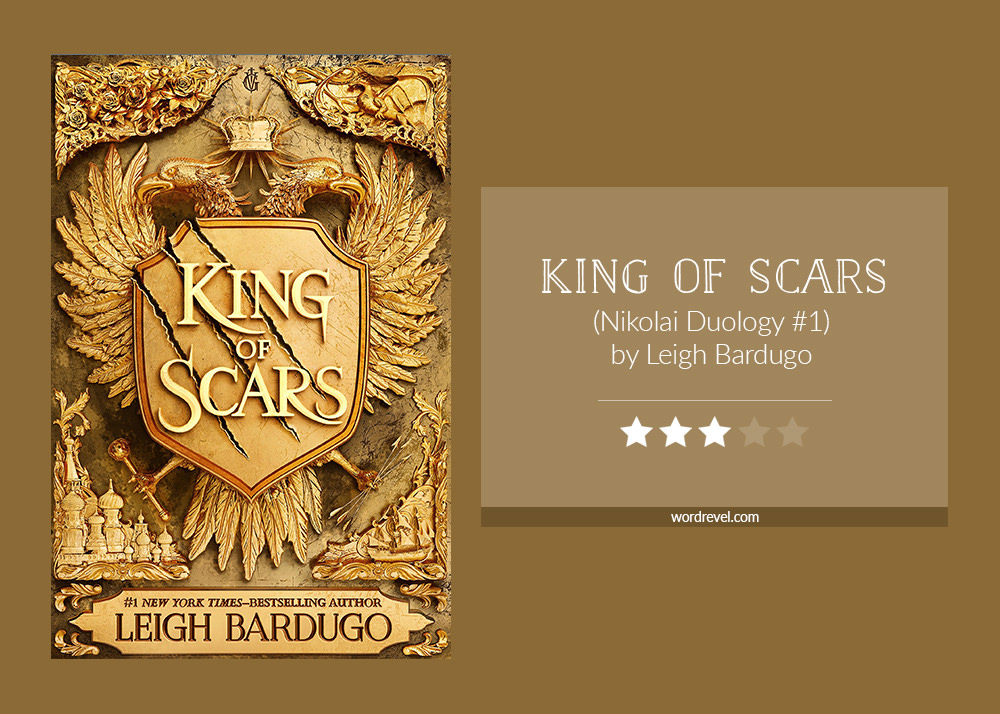 Face your demons... or feed them.

Nikolai Lantsov has always had a gift for the impossible. No one knows what he endured in his country’s bloody civil war – and he intends to keep it that way. Now, as enemies gather at his weakened borders, the young king must find a way to refill Ravka’s coffers, forge new alliances, and stop a rising threat to the once-great Grisha Army.

Yet with every day a dark magic within him grows stronger, threatening to destroy all he has built. With the help of a young monk and a legendary Grisha Squaller, Nikolai will journey to the places in Ravka where the deepest magic survives to vanquish the terrible legacy inside him. He will risk everything to save his country and himself. But some secrets aren’t meant to stay buried–and some wounds aren’t meant to heal.

Naturally, I went in with the expectation that Nikolai would be the main focus of King of Scars. While he was indeed a major character, his story ran parallel to that of others too. Unfortunately, during the first third of the book, other characters seemed a great deal more significant. That mismatch in expectations was quite a letdown for me.

Although, I did like getting to know Nina even better than before because she was such an integral part to Kaz’s motley crew, which was such an amazing group. In my opinion, Nina carried most of King of Scars, and made it worth reading.

Leigh Bardugo’s strength lies in writing intense scenes that send readers on emotional roller coasters. King of Scars was no exception — the scenes serving twists and surprises were immensely satisfying to read. It was because of those highlights, that I absolutely want to continue reading the sequel.

The reason I felt a little bit more tepid about the book overall was that I wasn’t drawn into the initial chapters. They were slow and didn’t offer me reasons to care about all these other characters’ long drawn backgrounds. The only apparent reason was that hey would probably cross paths with Nikolai. That was not good enough.

I’m glad things did pick up half-way through though because I missed the quick pace and high stakes from the Six of Crows duology. I mean, we already got to know the setting through previous books, so rather than focusing on even more world building, there needed to be a lot more action. Emily May summed it up perfectly in her review on Goodreads: “If only this book didn’t feel like one very long prologue.”

King of Scars should have been more concisely edited and better balanced the various viewpoints. Massive fans of Leigh Bardugo, however, will be glad for the length because this means there’s more for them to read.