Disclosure: I received a review copy of Legendary from Pansing Books, a regional distributor, in exchange for an honest review. This does not affect my opinion of the book or the content of my review. 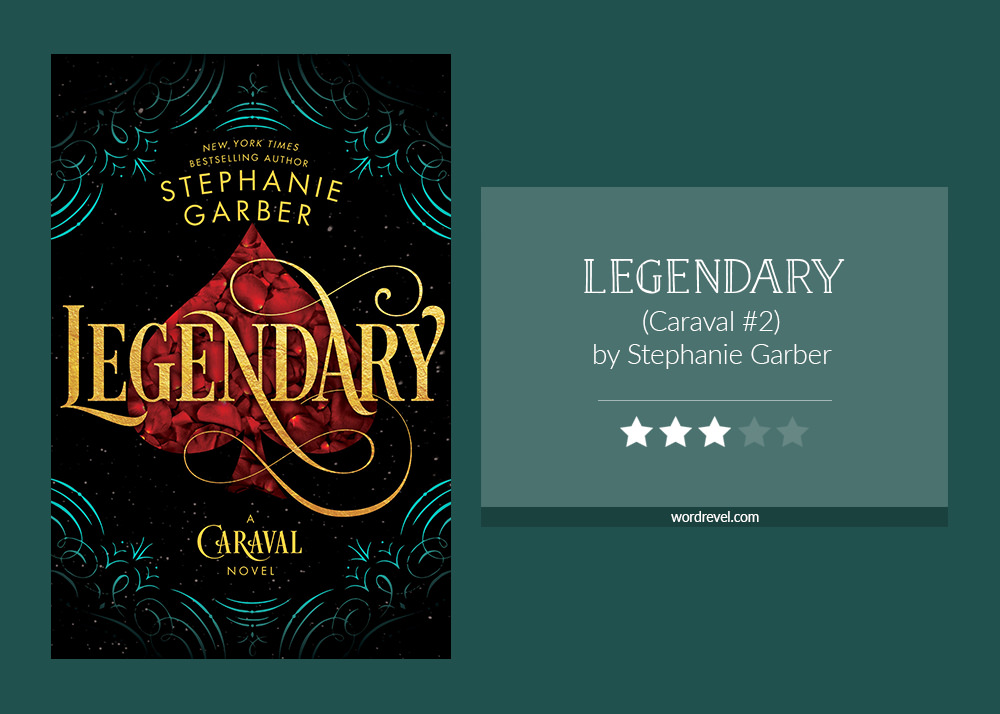 After being swept up in the magical world of Caraval, Donatella Dragna has finally escaped her father and saved her sister, Scarlett, from a disastrous arranged marriage. The girls should be celebrating, but Tella isn’t yet free. She made a desperate bargain with a mysterious criminal, and what Tella owes him no one has ever been able to deliver: Caraval Master Legend’s true name.

The only chance of uncovering Legend’s identity is to win Caraval, so Tella throws herself into the legendary competition once more—and into the path of the murderous heir to the throne, a doomed love story, and a web of secrets…including her sister's. Caraval has always demanded bravery, cunning, and sacrifice, but now the game is asking for more. If Tella can’t fulfill her bargain and deliver Legend’s name, she’ll lose everything she cares about—maybe even her life. But if she wins, Legend and Caraval will be destroyed forever...

In 2017, I counted Caraval to my favourites of the year. It’s no wonder that I was super excited for the sequel. Thus, it’s with a heavy heart that I’m rating it 3 out of 5 stars. The problem for me was that Legendary was more of the same. Now, more of the same should be a great thing if you loved the original. So what went wrong?

What was more of the same was the plot. It came full circle, right back to the beginning, and hardly advanced at the end. This part highly confused me. With a duology, you’d expect new events to take place. Today I found out it’s going to be a trilogy, so that explains it a little bit more. Legendary suffered hugely from “second book syndrome”. Characters were suspended in the middle of a non-advancing plot line that was begging to get on with the third book already.

Legendary essentially was a reboot of Caraval. Scarlet and Tella went through the games once more, except the story followed Tella instead of Scarlet. There were very few surprises as the performers inside the game had no new tricks up their sleeves. That’s quite a disappointment, in why opinion.

What did work were the more intense conflicts among the characters. Seeing the perspective of the sister showed a different perspective which intensified the problems Scarlet had been facing in Caraval. The prose also continued to build the magical atmosphere and was a bit tighter than it had been in Caraval.

Given the mixed feelings that I had after reading Legendary, I wish Caraval had been a standalone. The sequel dampened the charm that the first book held for me. For that, I’m not quite sure if I even want to read the conclusion to the trilogy, Finale. I’m sure I’ll keep revisiting Caraval though. I’ve already reread it twice, which is a feat for me. I don’t revisit books often because I love to be surprised by new stories.