Disclosure: I received a review copy of Mariam Sharma Hits the Road from HarperCollins Publishers, the publisher, in exchange for an honest review. This does not affect my opinion of the book or the content of my review. 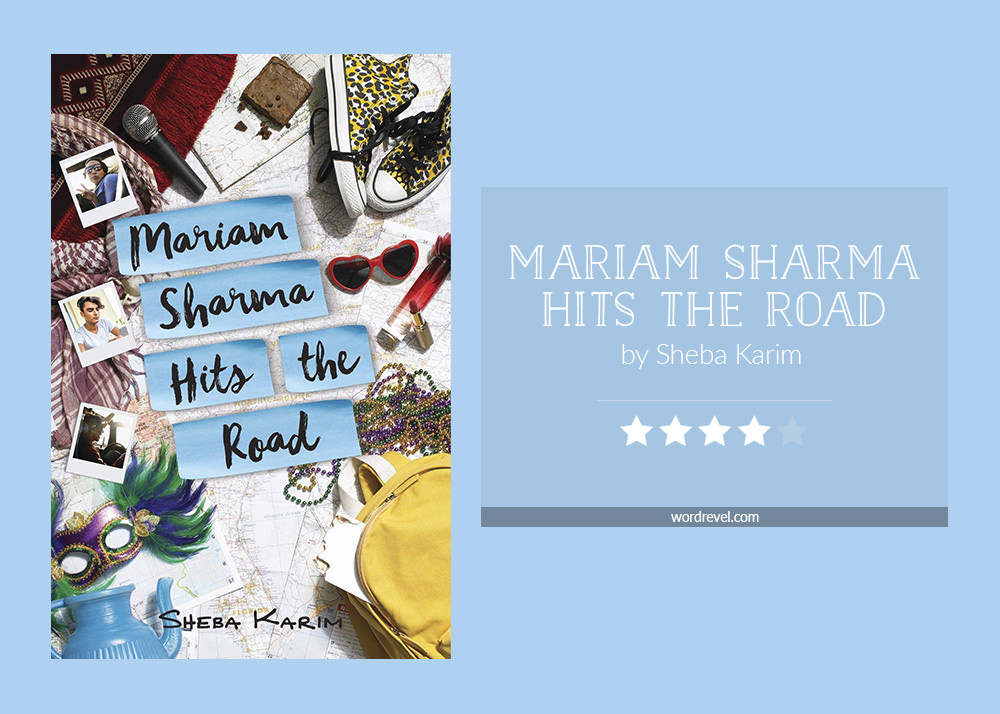 Three Pakistani-American teenagers, on a trip through the land of pork ribs, mechanical bulls, and Confederate flags. It’s going to be quite an adventure.

The summer after her freshman year of college, Mariam is looking forward to working and hanging out with her best friends: irrepressible and beautiful Ghazala, and religious but closeted Umar.

But when a scandalous photo of Ghaz appears on a billboard in Times Square, Mariam and Umar come up with a plan to rescue her from her furious parents. And what could be a better escape than a spontaneous road trip down to New Orleans?

With the heartbreaking honesty of Julie Murphy’s Dumplin’ mixed with with the cultural growing pains and smart snark of When Dimple Met Rishi, this wry, remarkable road-trip story is about questioning where you come from—and choosing the family that chooses you back.

I’m not particularly fond of books in which the entire plot revolves around travelling from point A to point B. Yet, I tend to be drawn to road trip novels. I suppose this stems in part from the fact that I suffer from motion sickness. Actual road trips therefore aren’t exactly enjoyable. And so, reading is a way for me to experience these vicariously. On that front, Mariam Sharma Hits the Road absolutely delivered. I felt right at home with this trio.

Mariam Sharma Hits the Road was fun and over the top. At the same time, it tackled important issues of racism, xenophobia, Islamophobia, homophobia, an estranged father and complicated relationships with relatives. Right from the start, you know you’re in for a wild ride as Ghaz defied her parents’ wishes and modelled for an ad that she definitely couldn’t hide from her parents. One thing led to another, and Mariam and Umar ended up busting out Ghaz from home in the middle of the night. Meanwhile, Umar told his parents he was travelling alone in order to attend a religious convention.

Juggling various cultures that are at odds with one another can be tough, especially when strict parents are involved. Mariam Sharma Hits the Road explored this well, especially in the face of seeking independence and more freedom. Away from home, they finally had the chance to fully express themselves. I enjoyed reading about Mariam, Ghaz, and Umar’s developments. They shaped their identities to become the people they wanted to be.

Overall, I liked Mariam Sharma Hits the Road. This is one of the few books I’ve read where the main character as well as her friends come from ethnic minority groups. Two of them hail from Muslim households, while another from a Hindu one. They have varying degrees of faith. One is gay and loves to dress in drag. Basically, this is the diverse cast I’d love to see more of in YA books, so I’m glad that I got to read and review Mariam Sharma Hits the Road.