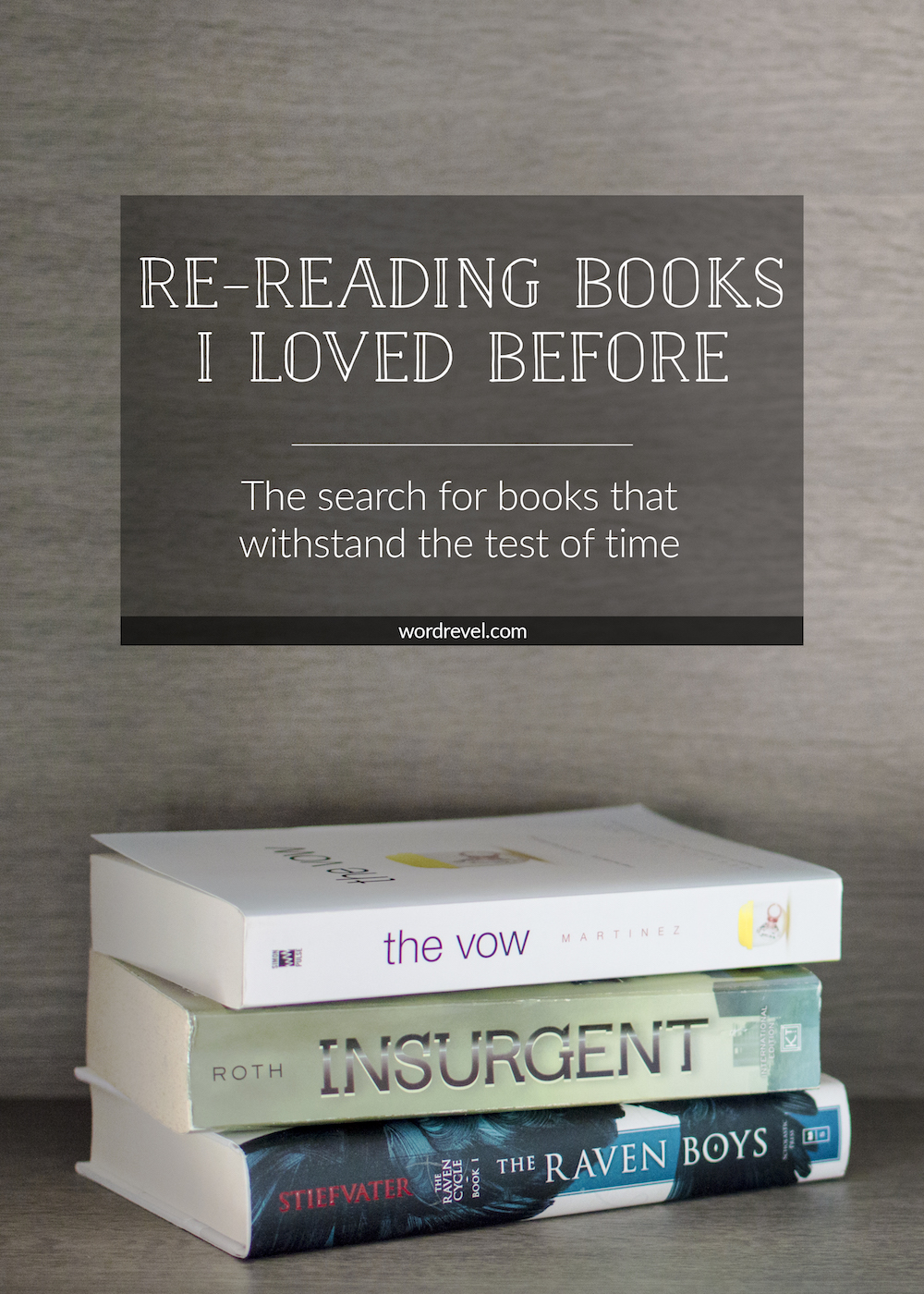 It was a sad realisation to come to that I no longer like Insurgent. I read it for the very first time in August 2013. Then I picked it up for a re-read in November 2015. The book is the same as it was before. The story hasn’t changed. The words haven’t changed. I’m the same person but I’m the paradox that changed. Consequently, my perception of things has shifted.

Insurgent was a sequel to Divergent that excited me more than the first book did. By then I already understood the world, and Veronica Roth wasted no time recapping what happened in the previous book. She dived right into the action of Insurgent and got on with it. What gripped me the first time round was missing from my re-read.

Gateway to Something New

On the whole, Divergent and Insurgent were my gateway into modern dystopian fiction. I had read some when I was younger but that was years ago. Contemporary fiction had become my comfort zone with the occasional science fiction or mystery. I didn’t even read fantasy or historical fiction until I started book blogging.

Come to think of it, book blogging must be part of the reason I found no joy in re-reading Insurgent. Through book blogging I discovered so many books I previously didn’t know of. I went from reading 30 books in 2012 (pre-blogging), to 67 books in 2013 (new to blogging) to more than 100 books in 2014 (established blogging). That increased volume of books has given me a lot more material to compare. With that comparison, Insurgent just doesn’t excite me anymore.

That’s the other factor: excitement. When I first read Insurgent, everything was new. The concepts were so different from the books I had read over the years prior to it, making Insurgent unique to me. Now it doesn’t stack up anymore. I’ve found more amazing books since then.

Comparisons aside, re-reading also shines light on things previously gone unnoticed. I identified aspects that upon further reflection weren’t all too logical. Knowing the story, I focussed my reading on the finer details, the ones I glossed over when I first flew through the book. These details became so glaring to me, I wondered why they hadn’t bothered me before. Simple: they escaped my notice.

Is Re-reading not for Me?

Generally, I don’t re-read much. That’s why I first questioned if I should forget about re-reading a book I used to love, lest it also becomes a book I no longer like. I like being kept on edge, to learn and discover new things. Re-reading takes that out of the experience. Things are no longer new. Yes, there are the smaller details that I might discover for the first time but is that enough? I seek whole new experiences in books. That’s why I hate spoilers so much.

Yet, I think re-reading isn’t something I should abandon. If I re-read a book several times over and still love it, then it has withstood the test of time. These aren’t random gems; these are diamonds. They continue to shine, bringing constant joy to the reader in me. That’s why I say, while re-reading may not always work, it still is worth it, so that I may be delighted when it works out so much better than I had hoped.

The Example of Harry Potter

Take Harry Potter and the Philosopher’s Stone. I’ve re-read it thrice. That’s some sort of record for me. I’m gearing up for the fourth re-read with the illustrated edition and I’m certain that I will love it so much more with Jim Kay’s stunning drawings to accompany the story. Interestingly, I hated it on my first attempt and abandoned it after just a couple of chapters. I was 9 years old then.

I tried it again when I was 12 and thought it was okay. At 13 I also thought it was okay. Then I read it again last year, listening to the audiobook and I was surprised at the level of humour it embodies. An additional plus was that Jim Dale delivered the narration so well. Earlier this year I read the ebook and found myself smirking once more.

While I don’t consider this a favourite book of mine, it is a book I definitely appreciate. It’s a good book and very deserving of its successes along with the rest of the series.

Over the past few months I took stock of the books I used to love and the ones that left an impression on me when I first read them. The Vow, for example, meant so much to me because one of the main characters felt torn between Jordan and the USA. His life was in the USA but his family hailed from Jordan where he had spent many holidays visiting relatives. With The Raven King on the horizon, I plan to re-read The Raven Boys as well as the other two published sequels. These were clever books with lots of attention to detail.

The reason I seek to re-read at least my selected stack of books is that in my never-ending pursuit of new stories, I don’t have a set of comfort reads. That’s not necessarily a bad thing. However, the more I think about it, the more I’m reminded that that’s part of the reason I buy books. I always have the intention of returning to each of them one day. If I don’t, I might as well go back to borrowing 90% of the books I read and spend my money on other things.

How has re-reading impacted your view on books? Which books have withstood the test of time for you?