Disclosure: I received a review copy of Sofia and the Utopia Machine from Epigram Books, the publisher, in exchange for an honest review. This does not affect my opinion of the book or the content of my review. 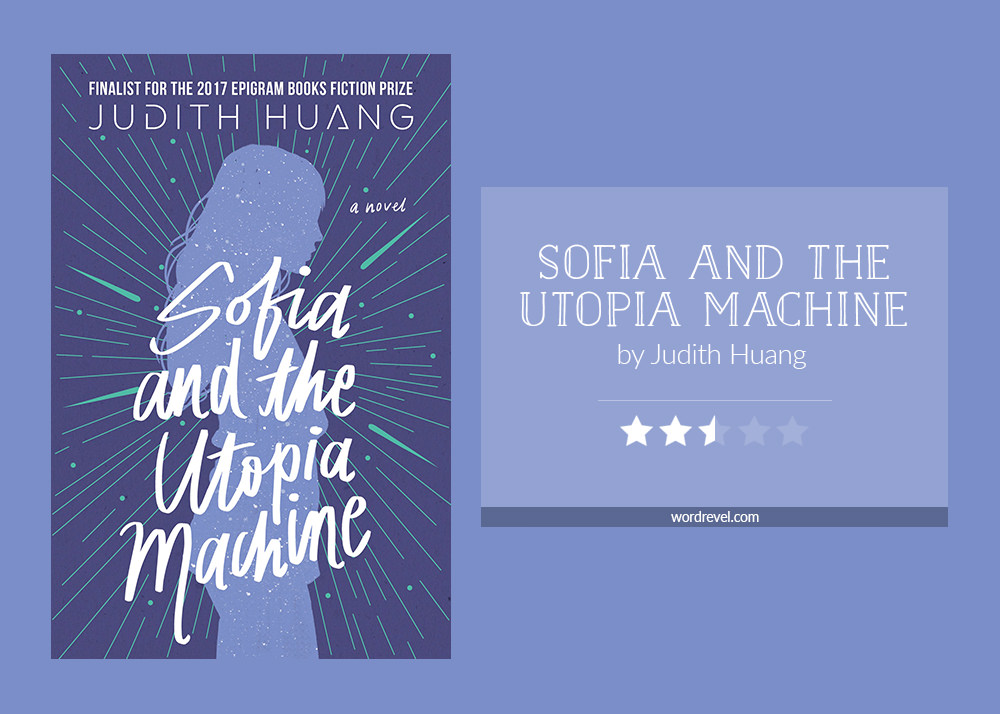 Sofia and the Utopia Machine by Judith Huang • published May 2018 by Epigram Books • classified as Dystopian, Science Fiction, Singapore Literature, Young Adult • obtained through the publisher • read as paperback • shelve on Goodreads

Sofia is an ordinary schoolgirl living in a future Singapore where the population is divided into three social strata. When she inadvertently unlocks the gateway to a new world, she realises she must escape the government’s radar. She ventures into the lowest rung of society, the Voids, and meets with the eccentric Uncle Kirk and the resourceful Father Lang. While on the run, she learns why her father disappeared seven years ago and why the new world exists in the first place.

Probing and thrilling, this novel explores worlds within worlds and reinvents the creation myth.

Sofia and the Utopia Machine fills an important space in Singapore literature not only as an young adult book but as science fiction. I don’t remember coming across any local YA books when I was in primary and secondary school. In fact, when I was still in secondary school, I wasn’t interested in Singapore literature precisely because it seemed to be geared towards adults. In that regard, it’s heartening that local YA books have gained more visibility in recent years.

While Sofia and the Utopia Machine is set in (an alternate universe) futuristic Singapore, the culture and place names reflected Singapore as we know her today, making it easy for anyone living here to relate to. That’s pretty much why I was intrigued when the author reached out to me about this book. True to the setting, it was fun being able to picture exactly where the characters were at for a change.

In terms of themes and ideas, I thought Sofia and the Utopia Machine was creative. The premise had a whimsical quality as familiar myths and folklore were woven together to build Sofia’s world.

However, the the storytelling itself didn’t grip me. More than once the settings were described in excess with a lot of adjectives. I found it especially cumbersome as sentences could span five lines, while three separate clauses merely repeated each other. I found them superfluous as the repeated clauses rarely offered new information. That to me, made it very obvious that the author had mostly published poetry and that this was her first novel.

The characters weren’t differentiated enough either. Sofia’s father’s written voice sounded very similar to that of Julian who was much younger. This made it a little confusing in terms of how Sofia related to each of them.

Then there was the cast of four adult characters versus Sofia and Julian; as a teenager, this would’ve been a dealbreaker for me. Sure, it’s great when adults feature here and there too but had I wanted to read about the difficulties of a married couple, I could’ve gone to the adult fiction section. I rarely did.