Disclosure: I received a review copy of Stepsister from Pansing Books, a regional distributor, in exchange for an honest review. This does not affect my opinion of the book or the content of my review. 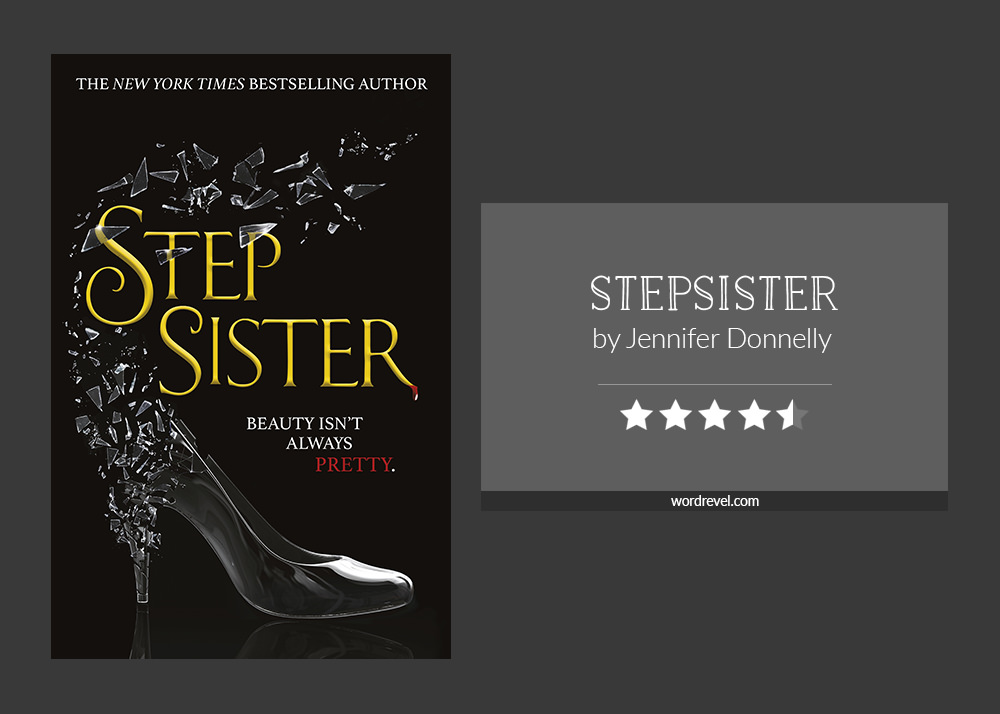 'In an ancient city by the sea, three sisters – a maiden, a mother, and a crone – are drawing maps by candlelight. Sombre, with piercing grey eyes, they are the three Fates, and every map is a human life...'

Stepsister takes up where Cinderella's tale ends. We meet Isabelle, the younger of Cinderella's two stepsisters. Ella is considered beautiful; stepsister Isabelle is not. Isabelle is fearless, brave, and strong-willed. She fences better than any boy, and takes her stallion over jumps that grown men fear to attempt. It doesn't matter, though; these qualities are not valued in a girl. Others have determined what is beautiful, and Isabelle does not fit their definition. Isabelle must face down the demons that drove her cruel treatment of Ella, challenge her own fate and maybe even redefine the very notion of beauty...

Cinderella is about a girl who was bullied; Stepsister is about the bully. We all root for the victims, we want to see them triumph. But what about the bullies? Is there hope for them? Can a mean girl change? Can she find her own happily ever after?

The first time I heard the term “retelling,” I expected it to refer to reimagined fairytales. I didn’t exactly expect these to be simply be stories inspired by fairytales. Stepsister, however, was exactly that which I had originally expected of a retelling.

Stepsister built upon the well-loved fairytale of Ashputtel, blood and all. It was entertaining with its dark humour as it continued the fairytale with how it might have continued after the “happily ever after.” Although, Stepsister was more detailed since it’s a novel rather than a short story but stylistically, it still very much read like a fairytale. As a result, the characters were more developed too.

I enjoyed the shift of focus from Ashputtel to one of her stepsisters. It was interesting to read this take on what compelled the stepsisters to treat Ashputtel the way they had. The consequences of their actions coupled with their dreams created a great deal of conflict. In the original fairytale, we’ve come to know them as self-absorbed bullies but Stepsister manage to bring forth complex characters.

My favourite part of Stepsister was that it took on a feminist spin. The women were determined and perfectly capable of fending for themselves. That made it an all the more satisfying read as it defied the picture many classic fairy tales portray: women need to wait on their prince and/or hero to rescue and provide for them.

Even though I didn’t think Stepsister was all that deep, the story was definitely multidimensional. Beyond the stepsisters’ predicaments, Fate and Chance bet on lives and did what they could to meddle with the outcomes. Some might think their additions superfluous but I found they made this retelling more entertaining.