Disclosure: I received a review copy of The Cruel Prince from Bonnier Zaffre, the publisher, in exchange for an honest review. This does not affect my opinion of the book or the content of my review. 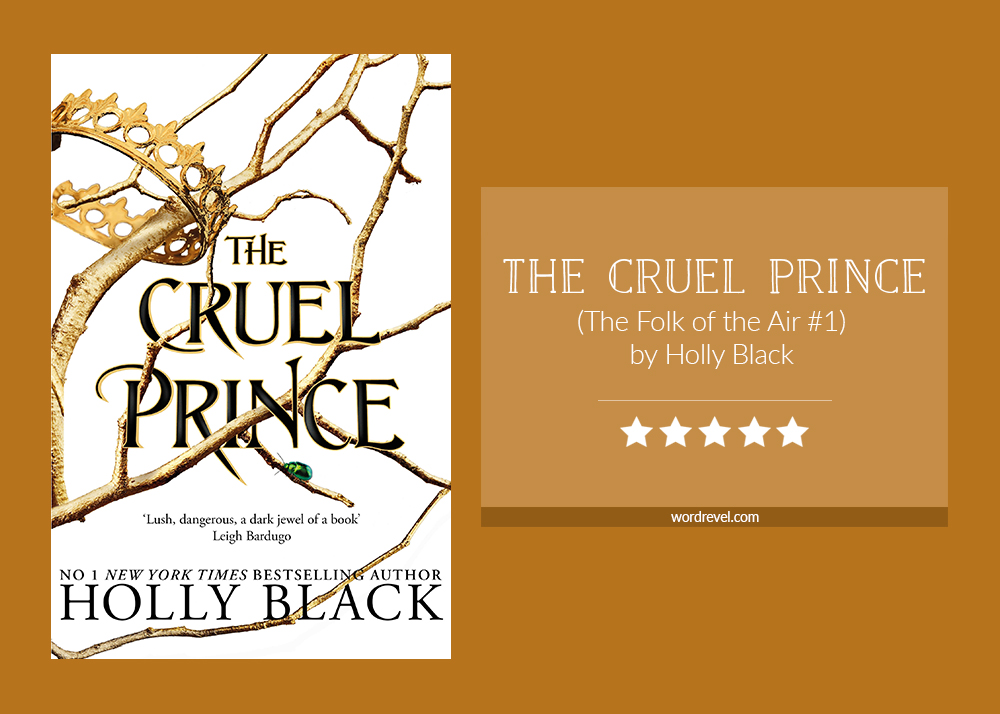 The Cruel Prince (The Folk of the Air #1) by Holly Black • contains 384 pages • published January 2, 2018 by Hot Key Books, Bonnier Zaffre • classified as Fantasy, Young Adult • obtained through the publisher • read as ARC • shelve on Goodreads

One terrible morning, Jude and her sisters see their parents murdered in front of them. The terrifying assassin abducts all three girls to the world of Faerie, where Jude is installed in the royal court but mocked and tormented by the Faerie royalty for being mortal.

As Jude grows older, she realises that she will need to take part in the dangerous deceptions of the fey to ever truly belong.

But the stairway to power is fraught with shadows and betrayal. And looming over all is the infuriating, arrogant and charismatic Prince Cardan...

The year has just begun and I’ve only finished three books so far, The Cruel Prince being the first, but I think I’m ready to declare it among my top 10 of 2018. Hah. I mean, only two books I read last year exceeded my rating of 4.883 that I gave The Cruel Prince, so yes I’m confident this book will be among my favourites. In other words, the hype pulled through for me, and I think it’s absolutely justified!

When I first heard of The Cruel Prince, I wasn’t sure if it’d be a book for me. I have to admit, I have a terrible track record when it comes to faes and romance, and romance in fantasy in general. Then I got offered an ARC, so I read a few reviews and thought I might actually like it. With that, I decided to give it a chance. Against all odds, I came to love it a whole lot!

The Cruel Prince charmed me with the main character, Jude. She was complex, thoroughly unpredictable and the antagonist through and through. She’s what hooked me. What made me keep reading was indeed, the cruel prince. Or rather, were the cruel princes. One was worse than the next. They all had twisted schemes that I found quite delightful to read.

At first, the pace was a little slow. I didn’t mind, though, as I could feel the pace picking up towards a race, and race this book did! Once things unfolded, they kept compounding until the very end. No matter how many plot points I easily predicted, there were many, many more that surprised me.

Oh, and the best part? The faeries weren’t glorified, not in the least. No, they were downright terrifying. Not even the main character thought otherwise. No romanticising on her part, which was refreshing. She was grounded in her brutal reality, although she did have lofty ambitions.

Holly Black took the phrase, “nothing to lose, everything to gain,” and spun a marvellous tale. Truly, I tell you, I cannot wait for the sequel!