Disclosure: I received a review copy of The Exact Opposite of Okay from Pansing Books, a regional distributor, in exchange for an honest review. This does not affect my opinion of the book or the content of my review. 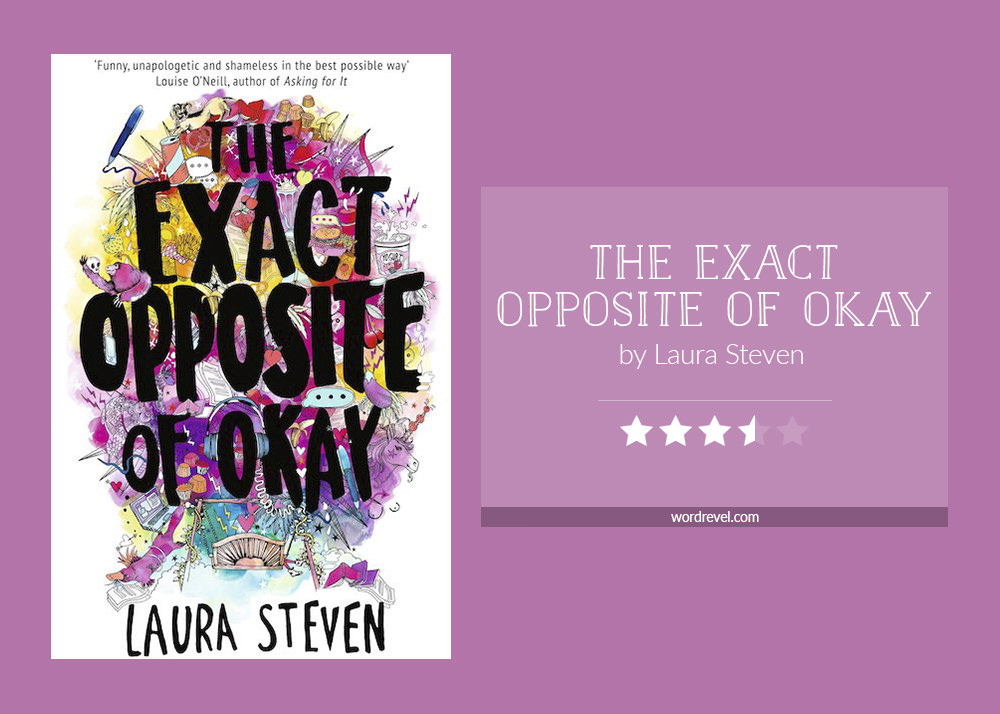 Izzy O'Neill here! Impoverished orphan, aspiring comedian and Slut Extraordinaire, if the gossip sites are anything to go by...

Izzy never expected to be eighteen and internationally reviled. But when explicit photos involving her, a politician's son and a garden bench are published online, the trolls set out to take her apart. Armed with best friend Ajita and a metric ton of nachos, she tries to laugh it off – but as the daily slut-shaming intensifies, she soon learns the way the world treats teenage girls is not okay. It's the Exact Opposite of Okay.

Izzy was such a refreshing and hilarious character. Her personality shone through the blog posts and her annotations on hindsight. Once in a while, the details she shared bordered on TMI (too much information) but in a diary sort of blog that’s not exactly unusual. If you like no holds barred narrations that flow with stream of consciousness, you’ll be in stitches laughing over The Exact Opposite of Okay.

I loved that The Exact Opposite of Okay took on social media and examined its roles in our lives today. The overarching ideas and plot of this book also sent a clear and important message about the unfair treatment of teenage girls vs. boys. They’re held to vastly different standards of conduct and The Exact Opposite of Okay demonstrates how devastating that can be to a girl’s self-esteem and reputation.

While there were a lot of positives to The Exact Opposite of Okay, I was confused by the incongruence between Izzy’s stance on feminism and some of her opinions. She championed the importance of girls’ and women’ rights, racial diversity, sexual diversity, etc. Yet she could be rather insensitive when it came to mental health. She freely referred to people she disagreed with as psychopathic which somehow didn’t mesh with her worldview.

For example, she referred to someone as psychopathic because they pursued activities she didn’t understand. Then there’s this inside joke Izzy has with a friend about drinking bleach. Maybe too serious and/or uptight, because that brand of humour upsets me more often than it makes me laugh.

That’s not to say that I expected her to be perfect — she made plenty of mistakes, which is part of growing up. At the end of the day, Izzy’s jokes were means to cover up her real emotions. Despite my discomfort, I did understand her self-defence mechanism and it made me feel all the more for her anyway.