Disclaimer: Even though The Great Gatsby is a classic, this book review only contains minor spoilers. However, if you have not read it yet, proceed with caution, or do not proceed at all. You have been warned. 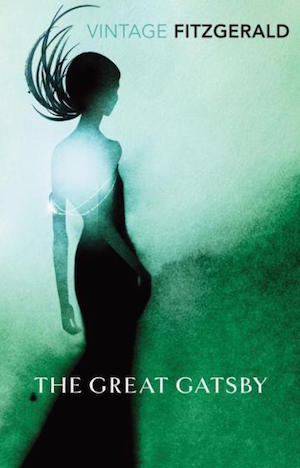 Jay Gatsby is a self-made man, famed for his decadent champagne-drenched parties. Despite being surrounded by Long Island's bright and beautiful, Gatsby longs only for Daisy Buchanan. In shimmering prose, Fitzgerald shows Gatsby pursue his dream to its tragic conclusion. The Great Gatsby is an elegiac and exquisite portrait of the American Dream.

I am so glad I didn’t study English Literature at A Levels. The Great Gatsby was a set text for the exams and after finally reading this novel, I don’t think I would’ve enjoyed taking it apart. I have a friend who absolutely adored The Great Gatsby back then and still avidly references it in his conversations with people. Frankly, I don’t see the appeal.

Looking Beyond the Themes

Considering the major themes of The Great Gatsby, I expected to find a lot of food for thought. I’m always game for social commentary. Consumerism, overindulgence and capitalism are such broad subjects, there’s always much to be said. The spectrum broadens when you consider them in light of history (the 1920s) vis-à-vis today. Sadly, I found these themes not the as vastly explored as I had expected before reading The Great Gatsby. That’s the trouble with classics — it’s nearly impossible to read any without any form of expectations.

After hearing all the high praises, I expected to be enamoured by The Great Gatsby. I wasn’t. On one level I found it rather simplistic in a way that causes people to read too much into things. Like that joke about a literature teacher’s interpretation of a blue curtain when author really meant nothing by it. At the heart of The Great Gatsby we have Nick Caraway who also is the narrator and overly fixated on Gatsby. Gatsby is an enigma, ever-elusive to everyone. Nick almost worships him, his status, achievements and wealth. To what ends? I still don’t know.

There wasn’t a single character I cared about. I didn’t care about any of their plights. They didn’t came across as fully-fledged characters and if I don’t know someone, I have little interest in their lives. Besides Gatsby and Nick, there were significant characters but their significance lay in how their actions contributed to The Great Gatsby. They were pushed into the background, left to become the backdrop to Nick’s fascination with Gatsby.

Perhaps it was precisely because Nick wasn’t just a narrator to Gatsby’s life but a biased narrator very much part of the action that he didn’t elaborate about the others beyond their relations to Gatsby. These people could’ve been anybody. Their profiles could’ve been swapped and I wouldn’t have noticed.

Subtleties that Did Pique My Interest

Despite my misgivings, I did find some subtleties in The Great Gatsby that interested me. Take Nick Carraway’s deviating sexuality. Yes, I say deviating because anything other than heterosexuality was against the social norms as well as the law in the 1920s. Apparently not many pick up on that on their first read and yet that phallic symbol was so obvious to me. I blame my ninth grade Literature teacher for this but I digress.

The point is, as timeless as The Great Gatsby is said to be, set in its historical context, perhaps there is more to be gained from it than I managed to. Will I try again? Right now I have not plans to but maybe a in a few years I’ll change my mind and set out on a quest to convince myself that those who deem it to be the great American novel are onto something.