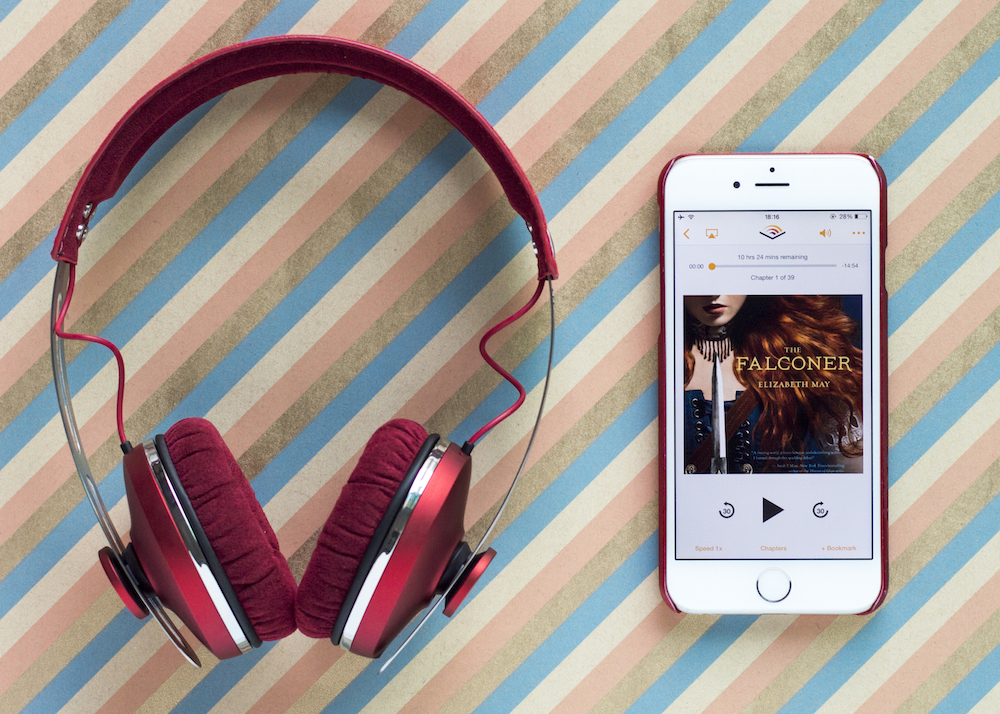 When it comes to reading, I don’t discriminate against any format. I read printed books, ebooks and audiobooks. In fact, I have great appreciation for audiobooks. Where my love falls short though is abridged audiobooks. What’s the point of them?! I ask myself every time I stumble across them.

A Recent Ordeal with Abridged Audiobooks

Many of you might be familiar with the Ruby Red Trilogy by Kerstin Gier. The books were originally written in German, so I set out to read them in German as well.

Since I already started the trilogy with an audiobook, I wanted to continue listening to the other two books. At first I only found the abridged version of the second book as well. When I finally found the unabridged version (again, with a movie tie-in cover) of Sapphire Blue, I was relieved.

Now that I want to listen to the unabridged version of Emerald Green, I’m at a quandary. Do I give in and listen to the abridged audiobook? Do I wait until the unabridged version finally comes out? This probably means waiting for the movie release, which is slated to be next year. Or do I just read the ebook? After all, I’m not going to buy a print version of the third book in a trilogy when I don’t own the first two.

You see, I like consistency. The absence of an unabridged version of Emerald Green foiled it. I could look for the unabridged English version but I’m not interested in switching languages in the middle of a series.

Why I’m against Abridging Audiobooks

1. Missing out on the story

Who’s to decide what’s important and what isn’t? There’s a reason an author wrote a book in a particular length. As much as abridging supposedly means to shorten while retaining the gist and style of the original, I take issue with it. Those little details that are cut out could make a world of a difference to the reader.

2. Does it even count as reading the book?

Personally, I think not. I’d be hard pressed to claim I read a book, which originally spans 900 pages when I end up only reading 300 pages courtesy of an abridged version. Same goes for an audiobook. By shortening a book, someone else already decides for me what’s important and what isn’t. No, thank you.

An abridged book means investing less time and relying on someone else to process information. One is done faster with a book, and can claim at the dinner table that one knows what everyone’s talking about. But a book is more than plot points. Part of that surely gets lost in abridgement.

I listened to the first three books of The Raven Cycle by Maggie Stiefvater as audiobooks. They were unabridged. Had they been abridged, I’m certain I wouldn’t have been able to understand what Pynch is all about. (Read the books to find out if you haven’t; you’ll thank me later.) Great books need to breathe for maximum impact!

For language learners, audiobooks are a great way to get acquainted with a new tongue. Long and difficult books can be very intimidating though, so abridged audiobooks can be a helpful access point.

Abridged audiobooks are less cumbersome for young ones with shorter attention spans. Shorter versions can introduce them to literature without boring them to tears. Collections of abridged classics are a prime example that serve that purpose.

I suppose if you’re new to audiobooks, the idea of listening to a book for ten hours when you can finish reading it in four sounds excessively drawn out. What more if a book is 34 hours long? (Yes, I’m looking at you, Game of Thrones!) For anyone just dipping one’s toes into the pool of audiobooks, abridged audiobooks are probably a more welcoming start.

Non-fiction books often contain charts and statistics. If a narrator were to read out every single figure and would tell me a mathematical formula that takes up half of a printed page, I’d give up on the audiobook. I wouldn’t be able to process. In this cases, I’d be more interested in listening to the arguments than to the numerical facts. I think in those cases, abridged audiobooks might be more favourable.