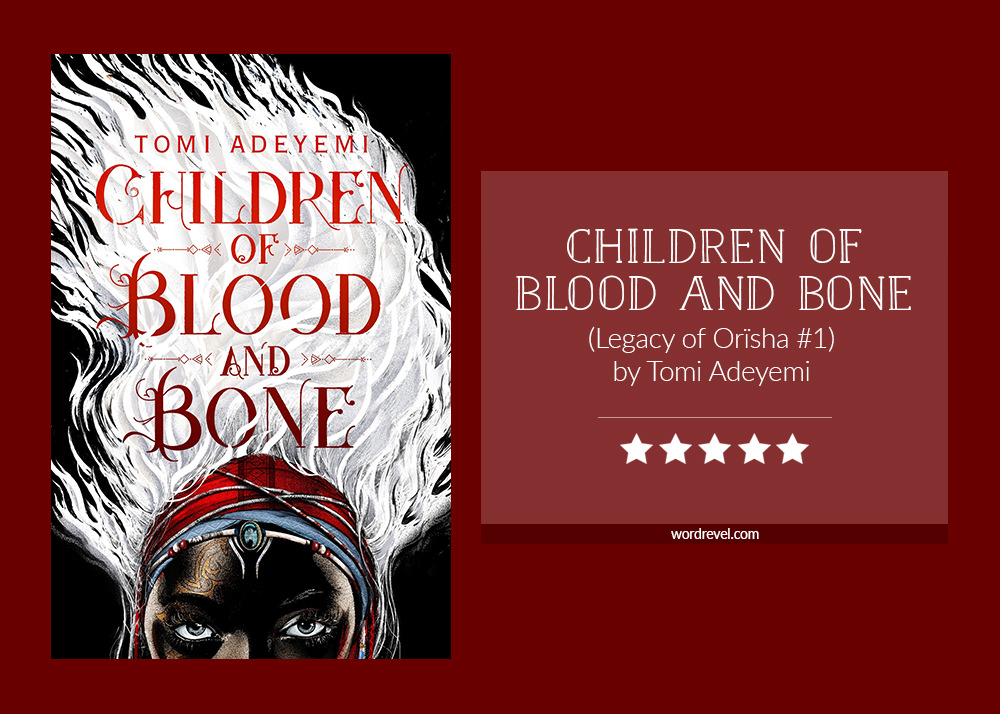 They killed my mother.
They took our magic.
They tried to bury us.

But everything changed the night magic disappeared. Under the orders of a ruthless king, anyone with powers was targeted and killed, leaving Zélie without a mother and her people without hope. Only a few people remain with the power to use magic, and they must remain hidden.

Zélie is one such person. Now she has a chance to bring back magic to her people and strike against the monarchy. With the help of a rogue princess, Zélie must learn to harness her powers and outrun the crown prince, who is hell-bent on eradicating magic for good.

Danger lurks in Orïsha, where strange creatures prowl, and vengeful spirits wait in the waters. Yet the greatest danger may be Zélie herself as she struggles to come to terms with the strength of her magic – and her growing feelings for an enemy.

Children of Blood and Bone is so fast-paced, I kept turning pages, completely engrossed in the book. At the end, I felt as though I had read a book three times thicker. There’s so much that happens, that it’s hard to believe everything fit in there. And yet, it didn’t feel particularly dense either. The reading experience is just so on point with this one.

The setting is so beautifully presented as well, which matches how imaginative this story is. What especially impressed me is that for a good part of Children of Blood and Bone, characters are on the run but it doesn’t feel that way. Often, when characters are fleeing in books, I get bored because the plot keeps dragging; not so with Children of Blood and Bone. Every moment is accounted for and the characters have memorable encounters on their journey.

As much as I loved the world building, the characters and the intensity of the plot, there are some gaps in the magic system that I found a little odd. Perhaps this stems from the three main characters’ own lack of knowledge. Since magic had been dormant for years, they hadn’t been taught how these powers work, much less how to wield them. Yet Zélie’s control of magic is oddly erratic. There are times she (understandably) struggles but then when more is required of her, she suddenly pulls through.

Nonetheless, Children of Blood and Bone swept me away. Since it’s the first book in a series, we can’t expect all the answers just yet. Although, with that kind of cliffhanger, I sure wish I had the sequel in my hands right now. There’s so much more to discover about Orïsha, I’m excited for what comes next!