Disclosure: I received a review copy of Christmas Cakes and Mistletoe Nights from Pansing Books, a regional distributor, in exchange for an honest review. This does not affect my opinion of the book or the content of my review. 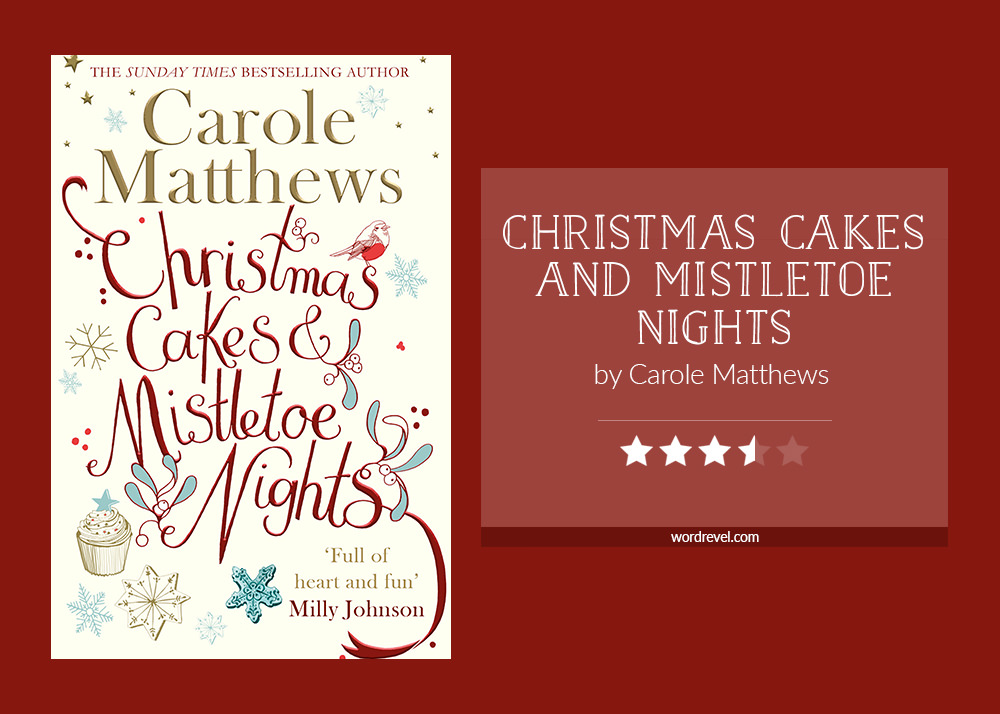 Fay and Danny are madly in love and it's all Fay's ever dreamed of. But she left everything - including the delightful cake shop she used to run - to be with Danny on his cosy canal boat The Dreamcatcher. And as she soon finds out, making delicious cakes on the water isn't always smooth sailing!

Then Fay gets a call that sends her back to where it all began; back to where she first met Danny, back to her friends and the Cake Shop in the Garden. Even as Fay happily returns to dry land and her passion for baking, she knows it will be hard being away from Danny, especially with Christmas round the corner. But their relationship is strong enough to survive . . . isn't it?

Technically, Christmas Cakes and Mistletoe Nights is a sequel to Cake Shop in the Garden but it stands quite well on its own. I actually only realised that it’s a sequel due to the summarised info dump during the first couple of chapters — think throwback highlight reel at the start of new seasons of TV shows. Once that’s done and dusted, it’s back to regular writing and storytelling.

Romance for the Holidays

Christmas Cakes and Mistletoe Nights was a lovely holiday to curl up with. For all the romance books I by-pass during the rest of the year, December is the time I actively seek them out. What I hadn’t known before was that the protagonist was in her forties while her boyfriend was thirty-two. Threw me off-guard, to be honest. Then again, with an ex-boyfriend with the personality of a doormat, what would age matter to her? Either way, Fay and Danny had a sweet relationship, and most importantly, one with equal agency and respect.

Beyond the main couple though, I adored Lija and Stan. They might have been secondary characters but they were colourful. Lija’s grumpiness and apathy made me smirk, and I felt for Fay’s friend who had stepped up and taken over the cake shop. Stan with his glorious 93 years of age was such a delightful character who made me wistful.

Throw in Rainbow, the loudest and cheeriest teenager to work at the cake shop, and you’ve got three generations of friends bordering on family. I found that odd motley crew such a joy to read about.

However, the writing style did leave a bit to be desired, with tired phrases of, “I let out a breath I didn’t know I’d been holding” and variations like, “I put down the kettle, that I hadn’t even realised I was still holding[…]” These always trip me up, no matter how much I’ve been enjoying a book.

The plot’s pace was a tad off-balanced too due to the prose. While the second half of the book tackled conflicts, first half of the book was bogged down with describing day-to-day minutiae. Had the writing been tighter Christmas Cakes and Mistletoe Nights would’ve easily been a solid 4-star book for me. As it stands, it’s not quite up to that mark but still worth picking up.