Disclosure: I received a PR copy of Mimi Fan from The Arts House to promote Textures 2022: The Great Escape, a series of online and in-person events and exhibitions that celebrate Singapore Literature. This does not affect my opinion of the book or the content of my review. 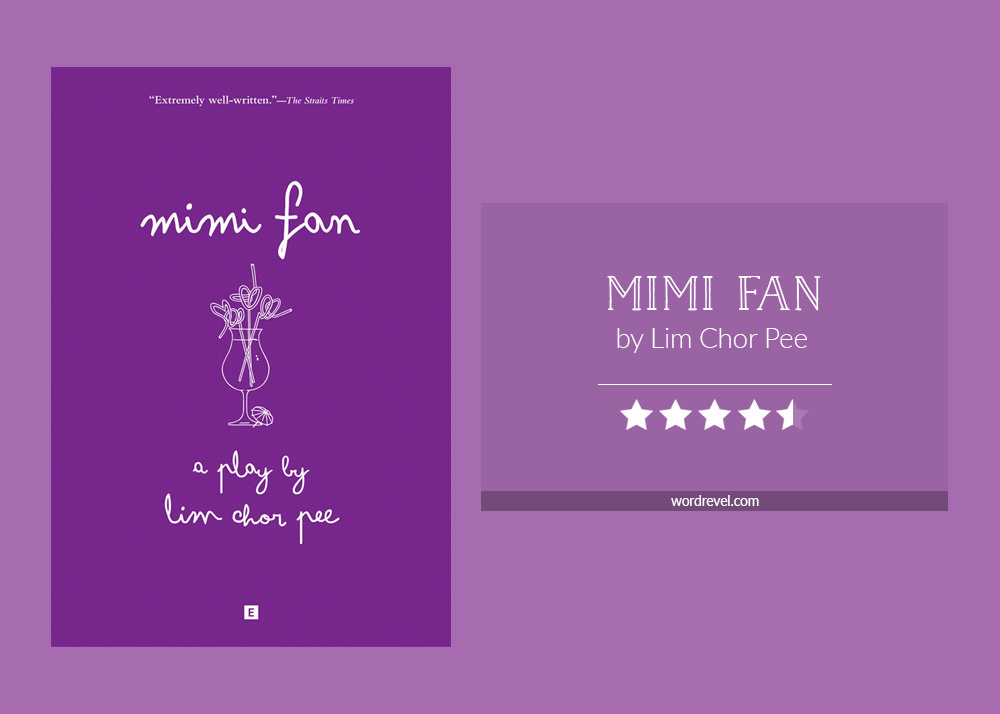 The swinging 1960s. A nightclub in Singapore. A one night stand that turns into true love. Or not?

In Mimi Fan, Singapore playwright Lim Chor Pee weaves together a haunting tale about love, escapism and broken hearts searching for healing. Through the story of a teenage bar girl, Mimi Fan, whose destiny clashes with Chan Fei-Loong, an English-educated overseas Singaporean who has returned home to work, Lim brings to the fore some undeniable and searing truths: true love requires courage, it can be painful, and it can haunt you, despite your best efforts to ignore it.

Mimi Fan was written and first staged by the Experimental Theatre Club in 1962, and is considered Singapore’s first English-language play written by a local. It was restaged by Theatreworks in 1990.

During a time when women were expected to stay home and take care of the children, Mimi preferred to consider alternative options. She chose not to marry, and spent her days as she pleased. She wasn’t lazy but her shrewd observations of life, expectations and society left her wondering what she really wanted.

I enjoyed her quick-witted conversations and that she didn’t mince her words. It didn’t matter if she had known someone only a few days or if they were dear friends — she kept things real. Her interactions with Sheila especially gave me pause as Sheila was bent on leading Mimi onto the straight path. Yet they both still found themselves in messy entanglements that raised the irony. Even though this books only presented the script, I could easily imagine the resultant tension that a live performance would bring to the stage.

Mimi Fan also explored how the past can catch up to you, especially on a small island such as Singapore. No matter how far you run, and how much you think you’ve moved on, it can get really uncomfortable when someone you used to know reappears. That reminder made me laugh and squirm at the agonising familiarity of similar encounters.

Beyond the themes Mimi Fan explores, it is worth picking up because it’s considered the first English play written by a Singaporean writer. If you’re interesting in expanding your horizon with(in) Singapore literature, this is a significant anchor that opened up opportunities for more local playwrights to stage their works in Singapore. For me, I thought it was a joy to learn that it started with such a solid play.