Disclosure: I received a review copy of Mirage from Pansing Books, a regional distributor, in exchange for an honest review. This does not affect my opinion of the book or the content of my review. 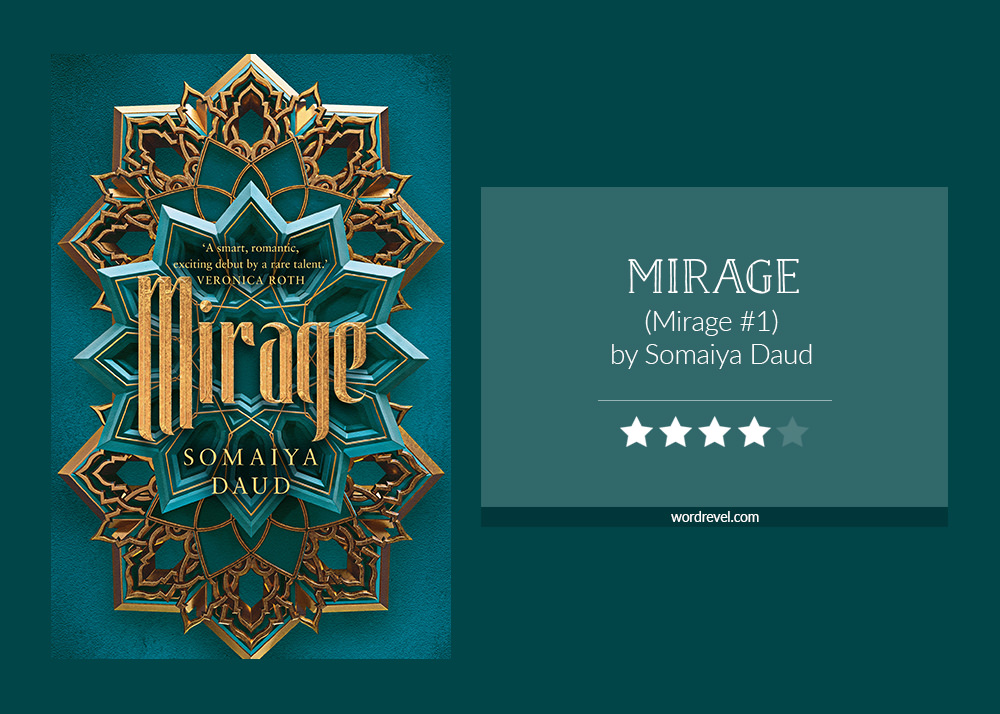 In a star system dominated by the brutal Vathek empire, eighteen-year-old Amani is a dreamer. She dreams of what life was like before the occupation and receiving a sign that one day, she, too, will have adventures, and travel beyond her isolated moon.

But when adventure comes for Amani, it is not what she expects. She is kidnapped by the government and taken in secret to the royal palace. There, she discovers that she is nearly identical to the cruel half-Vathek Princess Maram. The princess is so hated by her conquered people that she requires a body double to appear in public, ready to die in her place.

As Amani is forced into her new role, she can't help but enjoy the palace's beauty – and her time with the princess' fiancé, Idris. But the glitter of the royal court belies a world of violence and fear, and she soon realises that one wrong move could lead to her death...

For some reason, I’ve had a significant slow down with YA novels this year. I’ve just not been able to settle down and focus on reading, no matter how intriguing various books sound. Most of the time I’ve resorted to audiobooks for which I tend to pick non-fiction books. Thanks to a long haul flight though, I had no distractions to keep me from Mirage. I was happily entertained.

The book does seem like a bit of a mash-up of several fantasy books that were published over the past few years; and yet, Mirage is primarily being marketed as science fiction. I was mildly confused about that because there’s not a lot of “science-y” or tech talk besides the introduction of the planetary system and some androids here or there. There were some allusions to technological progress but that’s about it for this book. Although it does have some Cinder vibes with the genre mash-up, it reads more like YA fantasy.

In any case, I enjoyed it for the political conflicts and how Mirage explored culture, oppression and privilege. I felt that that expanded the book’s dimensions even as it built upon somewhat familiar tropes.

I liked reading about the various characters, how they related to one another and also how they grew in the face of adversity and political strife. The inspiration Daud drew from Moroccan culture and mythology transported me into a new setting. Seriously, I’m so happy that more culturally diverse YA novels are being published. They expand our horizons and reinvent stories with fresh perspectives.

While the plot of Mirage isn’t the most original, I still was on the edge of my plane seat. I found myself rooting for the characters and taking in their clashing worlds, especially as Amani was caught in between.