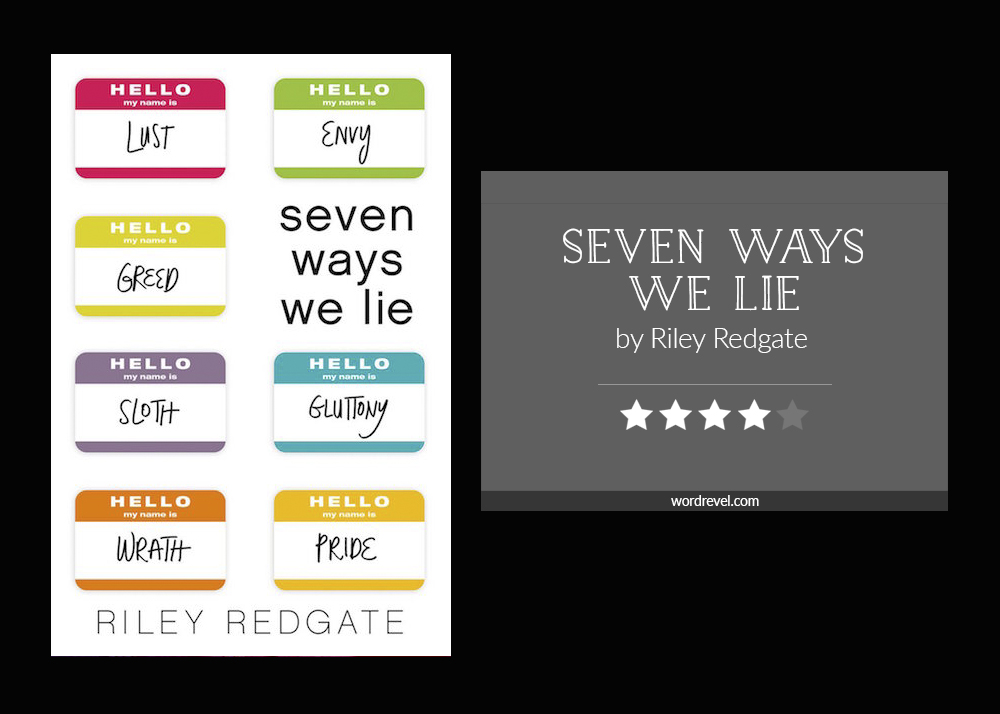 In Seven Ways We Lie, a chance encounter tangles the lives of seven high school students, each resisting the allure of one of the seven deadly sins, and each telling their story from their seven distinct points of view.

The juniors at Paloma High School all have their secrets, whether it’s the thespian who hides her trust issues onstage, the closeted pansexual who only cares about his drug-dealing profits, or the neurotic genius who’s planted the seed of a school scandal. But it’s Juniper Kipling who has the furthest to fall. No one would argue that Juniper—obedient daughter, salutatorian, natural beauty, and loyal friend—is anything but perfect. Everyone knows she’s a saint, not a sinner; but when love is involved, who is Juniper to resist temptation? When she begins to crave more and more of the one person she can’t have, her charmed life starts to unravel.

Then rumors of a student–teacher affair hit the fan. After Juniper accidentally exposes her secret at a party, her fate falls into the hands of the other six sinners, bringing them into one another’s orbits. All seven are guilty of something. Together, they could save one another from their temptations—or be ruined by them.

Seven Ways We Lie was very ambitious. With seven main characters a lot could go wrong: unresolved plot lines, not enough depth, loss of focus and characters that might be too similar. I’m glad to say that Seven Ways We Lie didn’t suffer from any of these shortcomings. In fact, the choice to integrate so many characters’ perspectives worked!

Everyone perceives and interprets events differently. Two people going through the same things at the same time and place will still report differences. Seven Ways We Lie ran with that and succeeded.

Piecing together all the various accounts gave rise to a grand narrative like pieces fitted together in a puzzle. At the same time, Seven Ways We Lie respected the characters’ individuality, relating their personal circumstances, thoughts and ambitions.

The originality of Seven Ways We Lie lay in the storytelling approach. The plot itself wasn’t groundbreaking in any sense of the word. Remix The List by Siobhan Vivian with The Lucy Variations by Sara Zarr and you’ll very nearly arrive at Seven Ways We Lie.

Nothing surprised me, really. I easily called the major twists as well as most of the minor ones. The story itself was fairly predictable, even though I hadn’t even read beyond the first three lines of the synopsis.

That’s the thing with contemporary books set in high school — the more you read, the more familiar they become. Am I past all that? To some degree, yes. On the flip side, books like these bring comfort and stir up nostalgia.

Despite the lack of surprises, I liked reading Seven Ways We Lie. It still managed to tug at my heartstrings. The narratives were tight, each character had their own voice and the writing remained solid throughout. It was a very well-written book which represented a very broad spectrum of characters.